What Is Observational Humor? 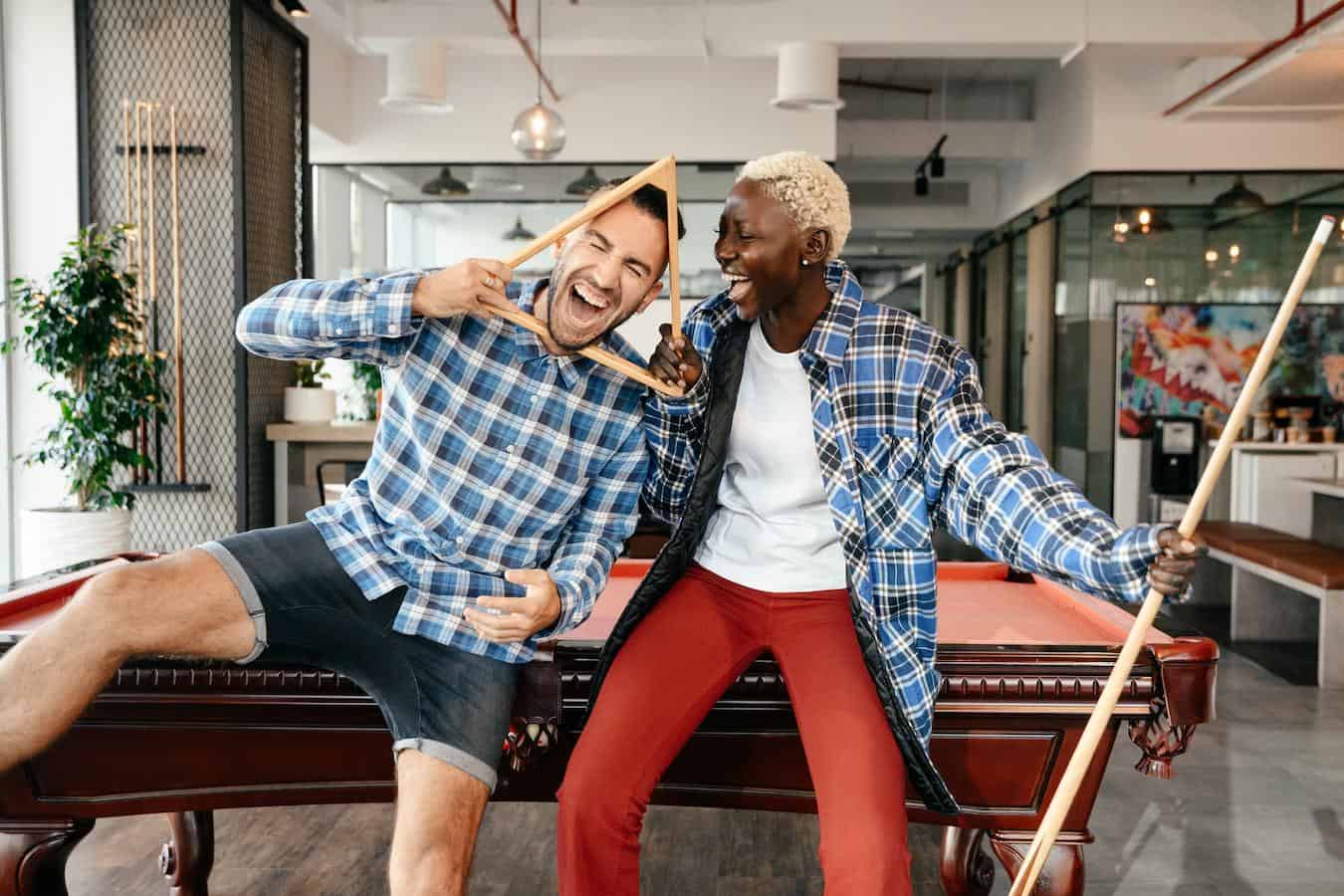 Ah, everyday life. A jumble of mundane experiences all stacked into one.

Where political rants exist in the same space as social and political science. Or something like that. 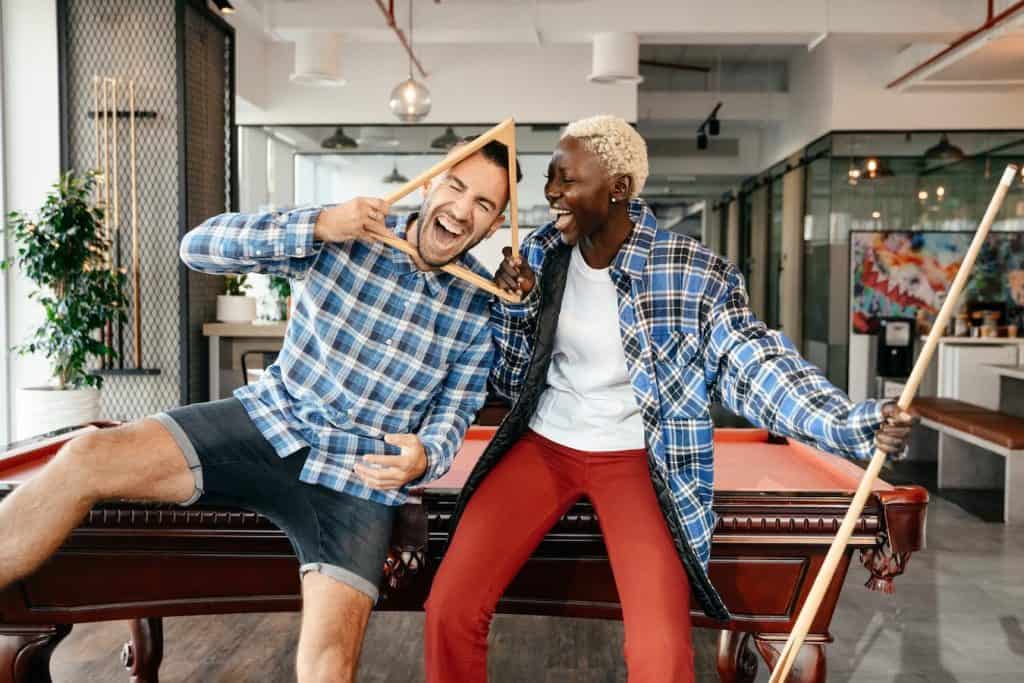 Our point is this: observational comedy is everywhere we look. It is everyday life.

And then it gets condensed into a comedy act with disguised commentaries based on the premise of everyday lives. Sounds simple enough, right?

See Related: How An Entertaining Emcee Can Overcome Awkwardness At Virtual Events

What is observational comedy?

Observational comedy is fairly self-explanatory, right? And we’re sure you’ve seen observational humor in action before.

Maybe you just didn’t know it. Take any British or Irish comedian, for example. No really, there’s actually a British observational comedy tradition that’s alive and well in the comedy industry.

But that’s not to say that it’s a wholly British stand up tradition. Observational humor focuses on what is universally familiar.

Sure, it may be the comedian’s observations taking center stage. But it’s a contemporary stand up comedy routine that prides itself on how our own experiences are all humor based.

Many virtual comedians will tackle a joke first by observing human nature. Even the things that go rarely noticed.

What elements make up observational comedy?

Observational comedy may seem like the simplest, or at least the most accessible of, comedic styles. But a good observational comedian will make sure to include all of these elements while writing comedy.

A professional comedian will often use their personal experiences as material for a stand up comedy routine. But observational comedy takes this a little bit further.

It picks up on things that we might not have consciously noted about ourselves. But when presented to us it can hit home like no other joke can. 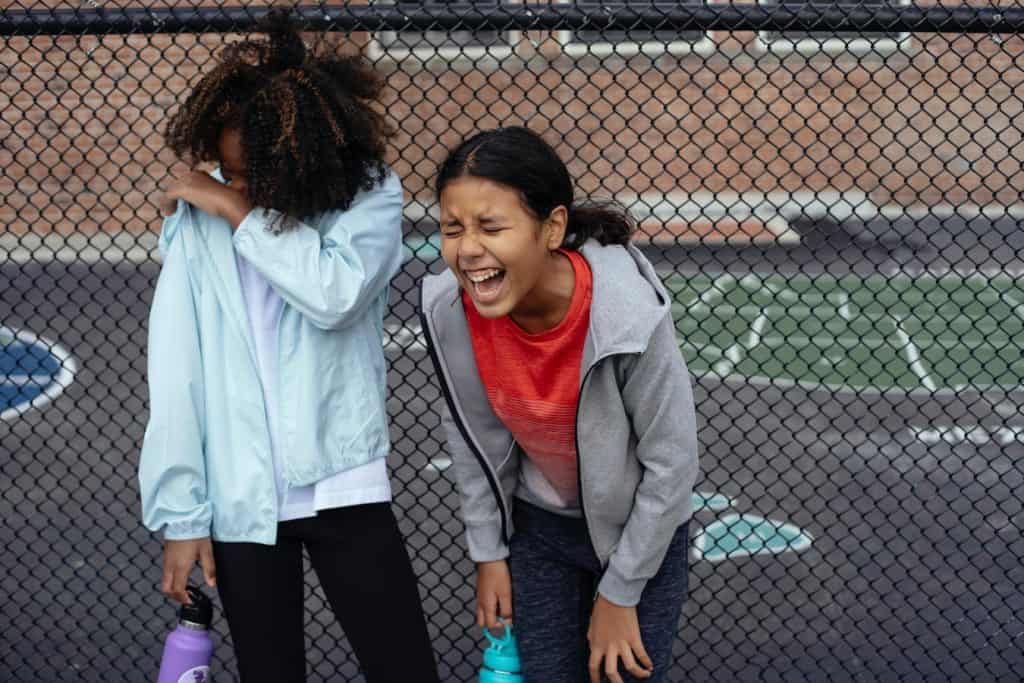 Because comedians are looking for the humor that exists all around us. But isn’t necessarily given a spotlight.

It’s clear that the modern world has changed drastically within even the last couple of years. So, observational comedy takes the time to dig into it a little.

If you think about it, it’s quite an innovation. Because of its simplicity.

It essentially involves looking at the inner workings of everybody’s brains. Or at least tackling topics that everyone has been forced to consider before.

A different perspective on human nature

The greatest observational comedian can take what is otherwise mundane and turn it into a comedic masterpiece. Perhaps Jerry Seinfeld is the perfect example of this type of humor.

Seinfeld’s stand up doesn’t go from one joke to the next. Instead, it builds on itself in the humor department.

It can start with how he poked fun at something we all do without realizing it. Then before you know it, he’s examined small moments closely to the point of not only making for a funny story.

But then again, isn’t observational comedy just what you observe? (Whoa, meta…)

Of course, not all of us find the same things funny. Well, at least not funny on the same level.

But observational comedy bridges that gap by focusing on what’s commonplace in everyone’s life. For comedians and corporate entertainers, this is a huge advantage.

Already when you get up on stage to deliver a comedy act, the audience is against you. They’re expecting you to be funny and make them laugh.

And if you don’t deliver, they can be pretty harsh. But humor that focuses on things we all know gives comedians a step in the right direction.

Already, the audience knows what the comedians are talking about. Now it’s time for them to add humor to it.

Of course, any joke requires not only great content. But a comedian who can deliver the content with humor and style. 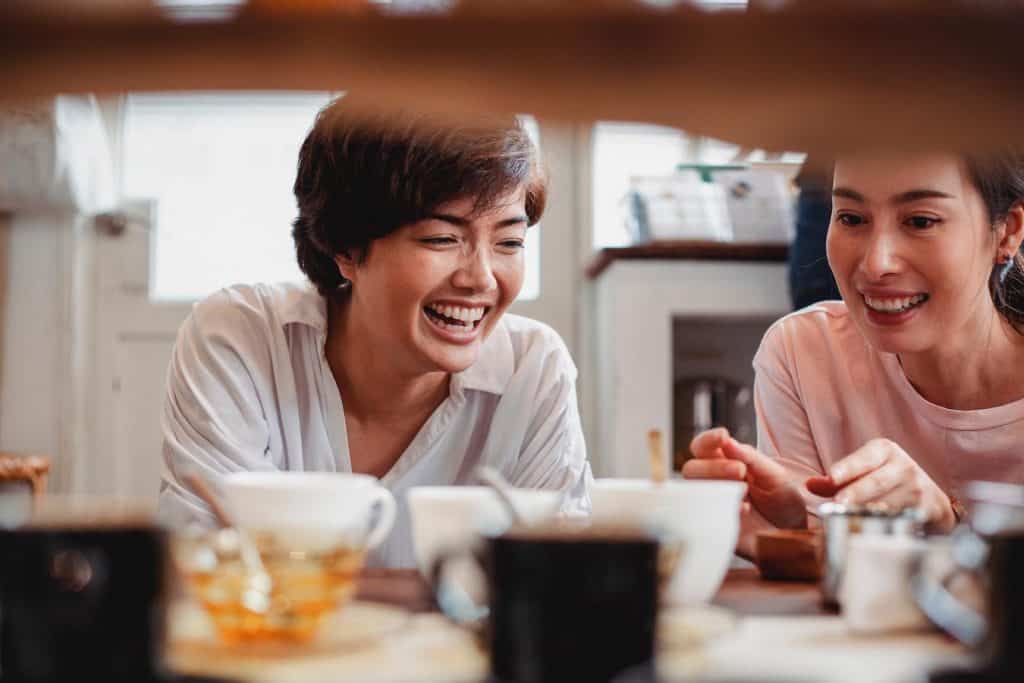 If comedy was that easy, there’d be a lot more names on Comedy Central’s List of funny men and women to keep an eye on. But observational comedy only works when the comedy is delivered with humor.

That being said, if you’re wanting to get into the comedy scene, don’t let us dissuade you! We could always use a couple more laughs in this world.

Bonus: How To Host A Corporate Comedy Event

The comedians listed below is by no means an exhaustive list of those who utilize observational humor. But we’d be lying if we said there wasn’t a significant figure or two included.

Some say David Brenner gave birth to what we know as observational comedy today. And we aren’t about to disagree with those who say so.

Brenner’s act could be most frequently watched on The Tonight Show Starring Johnny Carson in the 1970s and 1980s. And comedian Richard Lewis even described him as “the king of hip, observational comedy.”

If that’s not a glowing review, then we don’t know what is!

George Carlin is yet another giant in the playing field that is observational humor. And to add on top of that, he was an actor, social critic, and author too.

Some may consider Seinfeld the top observational comedian of our time. But Carlin no doubt influenced Seinfeld to a significant degree.

If you don’t know who Seinfeld is, well, I’m not sure we can help you there. You might even be a lost cause.

All joking aside, Seinfeld is best known for his observational comedy as featured on – wait for it – Seinfeld. The sitcom ran for ten years, people, IYKYK.

Remember how we mentioned the Euro-centric tradition of observational comedy? Well, meet the Irish comedian Dave Allen who’s known as a champion of the craft!

His work as an actor and satirist furthered his career. And folks in the UK could enjoy his regular television appearances from the late 1960s to the mid-1980s.

Judd Apatow definitely makes his mark as a contemporary observational comedian. His work as a director, producer, and screenwriter have allowed him to continue the craft through alternate means aside from stand up. 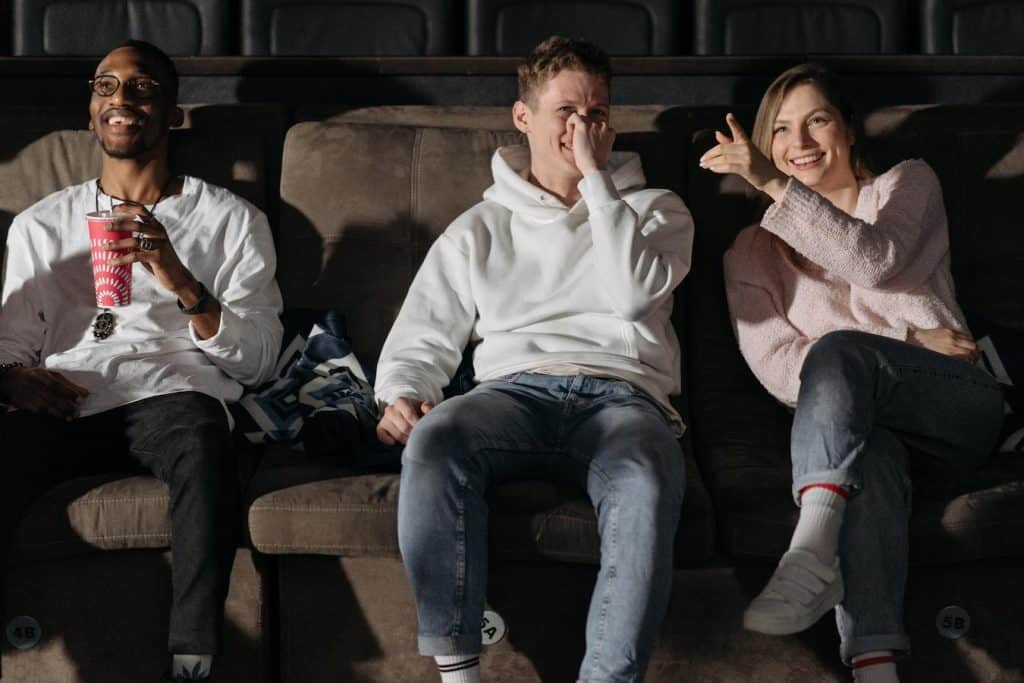 And this has given us classics like Knocked Up, Funny People, This Is 40, Trainwreck, and more. (Need weekend plans? Watch these and *observe* the *observational* comedy at play – if you’re really bored.)

What goes into making observational comedy?

So you want to try your hand at observational humor? Be our guest. But here’s a couple of tips you should take along with you for the ride.

You might think you already do. But trust us when we say that we can all observe our surroundings a little bit better.

Just look around at what’s not extraordinary. Focus on the ordinary. Take one thing out of your day that you did and look at how you can twist it into something absurd.

No, we don’t mean get distracted. We’re talking about imagination!

Observational humor takes the ordinary and makes it extraordinary through laughter. So get creative with these exercises and you might find more connections than you first thought.

Everyone will be able to relate – so long as you choose something universal. So share your ideas or queries with others.

They may even offer new insight. And you can incorporate that into your joke!

Either way, observational comedy is a collaborative act. So don’t be afraid to approach a stranger and make for some weird waiting-for-public-transportation-small-talk. You might make a new friend.

#4. Ask the audience to contribute

Lastly, when you’re delivering your humor on a stage, ask the audience to pitch in. Observational jokes are supposed to be relatable. 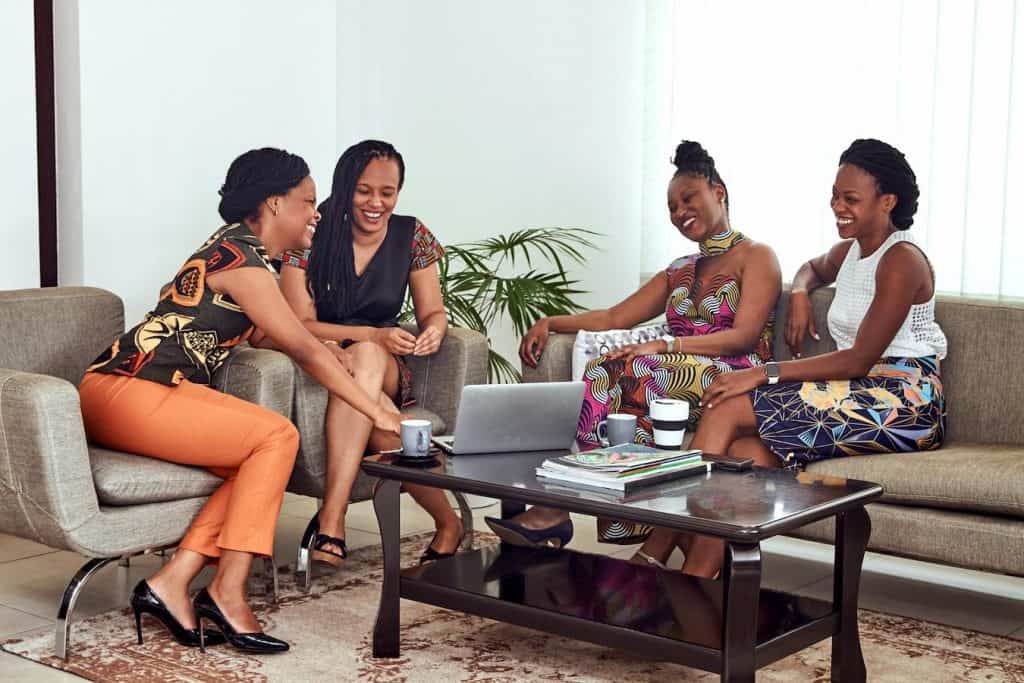 So if anything, it’s like having a conversation rather than delivering a stand up routine. Don’t be afraid to open up to the audience.

And let them chime in. You might find a new perspective that you hadn’t considered before. Or you’ll get some great new material for your next joke!

Life is like a box of chocolates, you never know what you’ll observe. Wait, no, that’s not it.

But it kind of works anyway. The next time you open up that box, take a look at how many different kinds of chocolate there are.

Everyone can relate to avoiding that one flavor. Or maybe the texture of another. There’s gotta be a joke in there somewhere!

Keep Reading: 25 Mistakes To Avoid When It Comes To Hiring A Virtual Emcee