What are Dad Jokes? 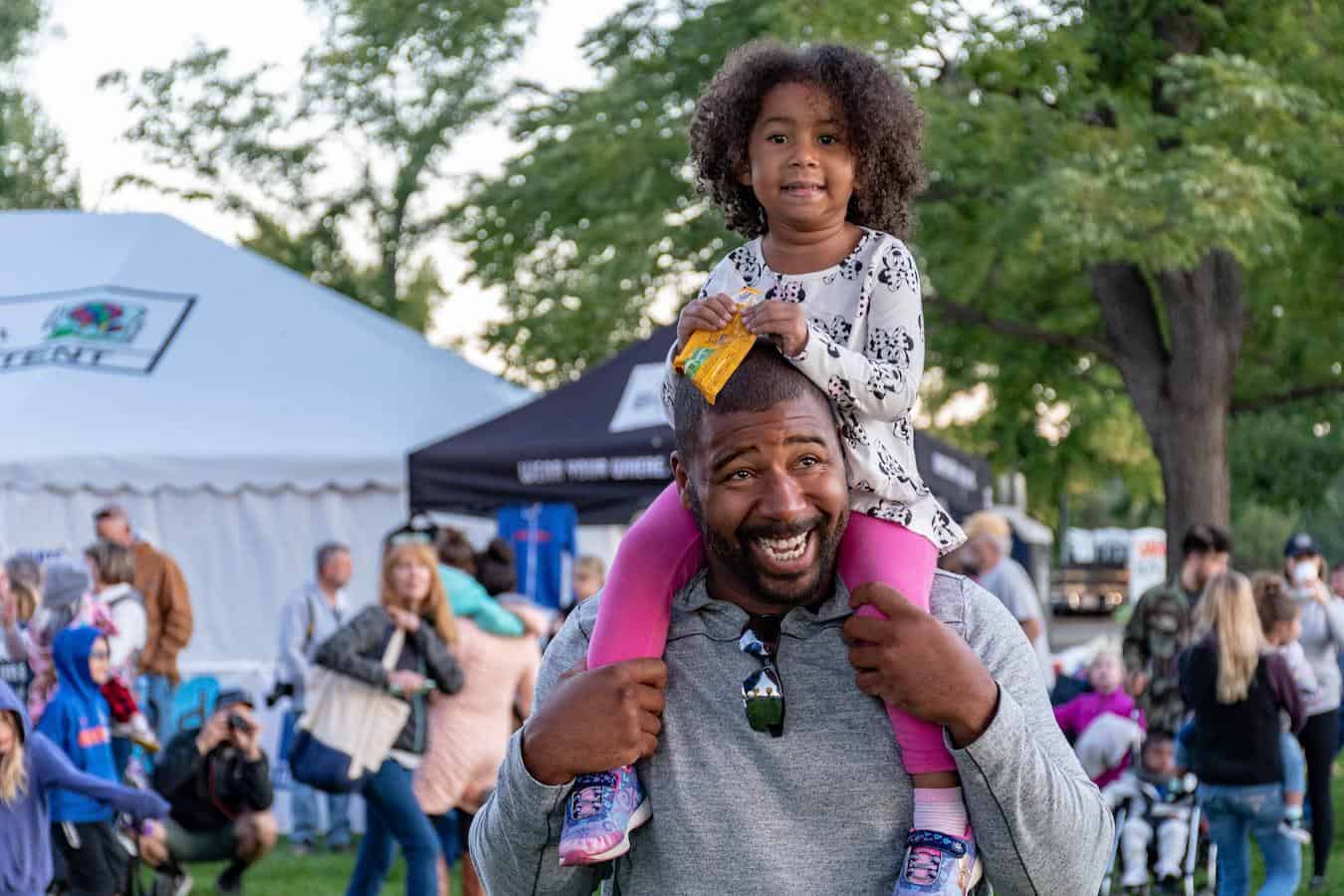 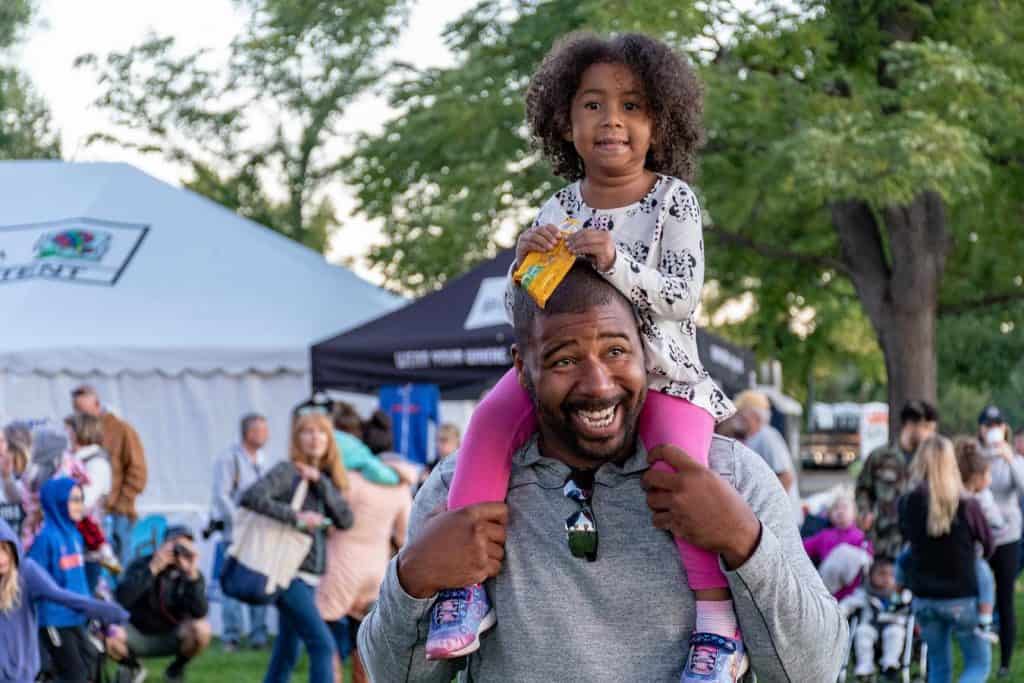 Ah, the dad joke. The perfect amount of humor for any age.

Some have argued that dad jokes are not necessarily funny. But no one can resist the punny charm a dad joke has to offer.

They are often heard around the family dinner table. And with a dad typically telling them, the jokes are guaranteed to make kids laugh, turning dinner-time into play-time.

Fathers and their attempts at humor are often met with an eye roll or a groan. And that is exactly the reaction these jokes want to elicit.

They are so uncool that they are funny. There are too many puns, it’s hard to not appreciate them.

The punchline is often the epitome of cringe. And yet, dad jokes are slowly becoming a beloved American pastime.

But don’t think that dad jokes are only for your father to tell. No, they are open to any and everyone!

So the next time you’re in a group of people looking to get a laugh, sneak in a dad joke. You might find other “dads” in the group and form your own fathers’ club.

Here’s an easy example to start you off. Don’t worry, it won’t bite.

When does a joke become a dad joke? When it becomes apparent.

Yeah. Did that punchline make it cringe and want to chuckle at the exact same time?

That’s an example of a dad joke! Now you’re getting it.

Soon enough, you’ll find that everyone’s a father. Well, in the dad-joke sense of the word.

So it’s time to up your puns and elbow other dads when you hear something funny. So are you ready to really dive into the joke pond of fathers?

Check out these dad jokes below. And give the dads in your life a run for their money… and their punchline.

See Related: What is Comic Relief? 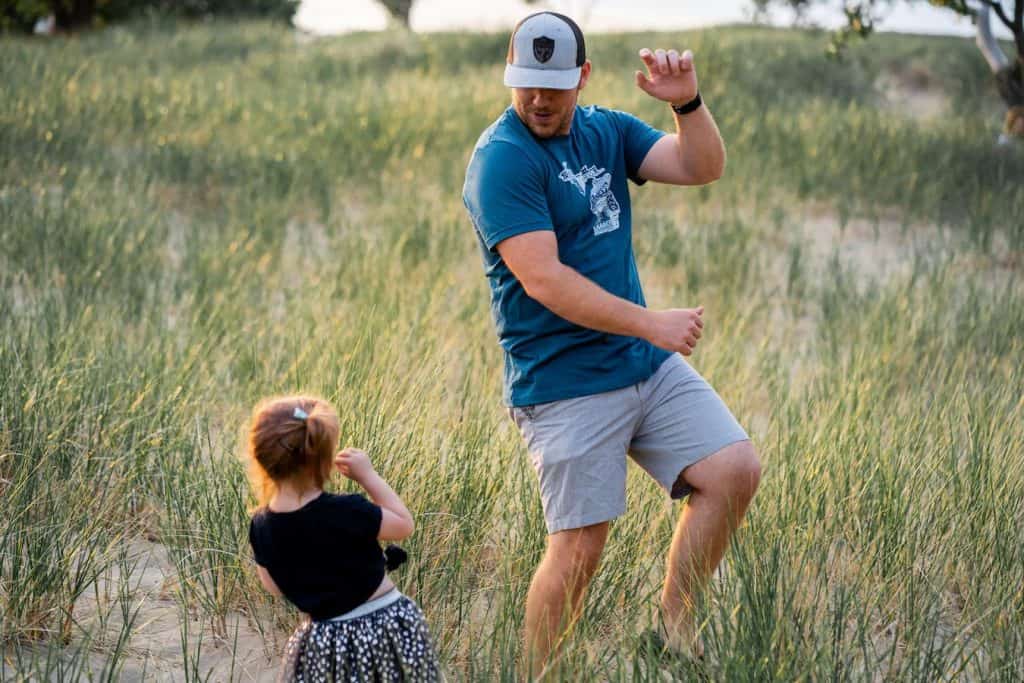 Alright. We’ll start off easy with some single-line dad jokes.

No need to search hard for a way to integrate these play-on-words into any conversation. Just be sure to commit and stand your papa ground.

Hear any of these recently? If so, you’ve probably been hanging out around fathers.

At least in the proverbial sense. But really, any guy that’s into dad jokes knows that these are the sure-fire way to crack a smile.

You’ll notice that with these dad jokes above, they are all constructed in pretty much the same way. There’s a setup, then a punchline.

Typical with any kind of joke, right? But each setup here starts with a question.

The question in a joke is always in search of an answer. And with other forms of comedy, the answer could always be something people don’t expect.

But dad jokes are different. The answer you hear in a dad-joke question will always be predictable.

Bonus: Why Are Some People Funny? 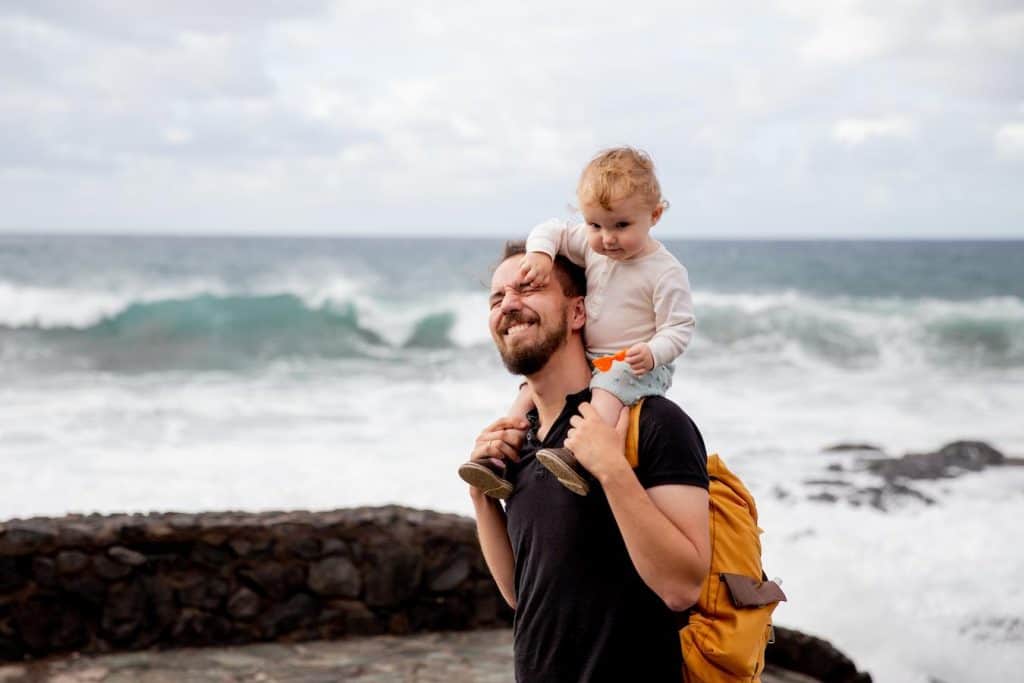 Ok, “alternative” is too intense a term. I mean, we’re talking about a dad joke here, right?

But all this is to highlight that dad jokes vary in structure. They are not always laid out like the ones above.

The classic dad jokes rely on a question setup and punchline answer. And almost every time, the words that make up the answer are funny, pun-ny, and fantastic.

But puns can sometimes draw too much attention to the words used in the joke. They’re like the middle child of a play-on-words.

You know. Always in search of attention?

But there are plenty of dad jokes whose humor is way stealthier in its disguise. Below are some examples of a dad joke punchline to sneak into a conversation.

This way, you can test the reflexes of the audience. And you’ll also reveal who the real dads in the group are.

See how much more subtle it is? This kind of a dad joke certainly isn’t looking for any kind of blatant attention.

In fact, they’re looking to see who heard their humor and who didn’t. In this way, these more “alternative” dad jokes probably aren’t as big of a hit with the kids.

But they certainly keep the humor alive. This just goes to show that not all dad jokes are in search of the spotlight.

Some of them are just witty. And they want to say a pun without drawing too much attention to it.

If someone happens to notice that the matter of their speech is hilarious, then so be it. But all of this is to say that there are as many kinds of dad jokes as there are dads in the universe.

Dad jokes are surely a crowd-pleaser. Any child and even adult can’t help but smile when they hear one of those cringe-worthy jokes they can easily imagine their father saying.

Why are dad jokes funny? 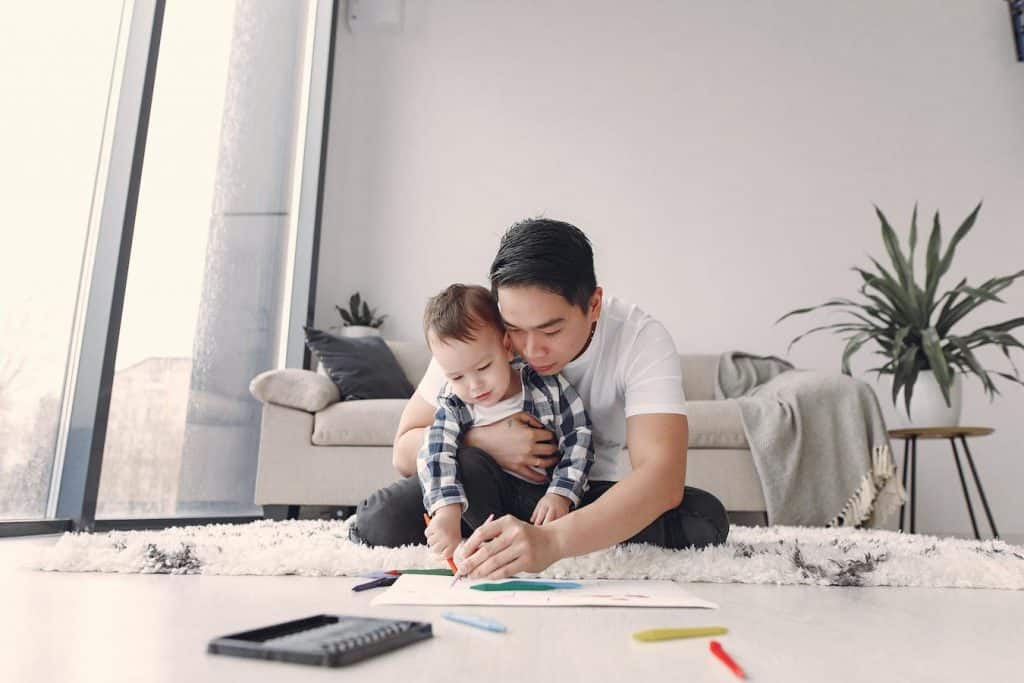 You may be asking yourself why dad jokes are funny. Even after this whole list of punchline after punchline, you’re still not impressed.

But that’s the thing about dad jokes. They’re not looking to impress you or give you a punchline that takes you in an entirely different direction.

Leave that to the stand-up comedians of the world. Dad jokes sit comfortably in a place of safe humor. Kind of like a corporate comedian of sorts!

The subject matter they deal with is something that a child can enjoy just as much as another adult. And that’s the ultimate appeal of dad jokes anyway.

They bring people together. If not everyone can agree on whether dad jokes are funny, then at least dad jokes have started a conversation.

They are what we want in a dad

Humor is subjective, of course. But framing jokes in accordance to how dads would deliver them gives them a kind-guy approach.

Someone lovable with joke after joke like, “Did you hear about the circus fire? It was in tents.” Or, “I ordered a chicken and an egg from Amazon. I’ll let you know…” 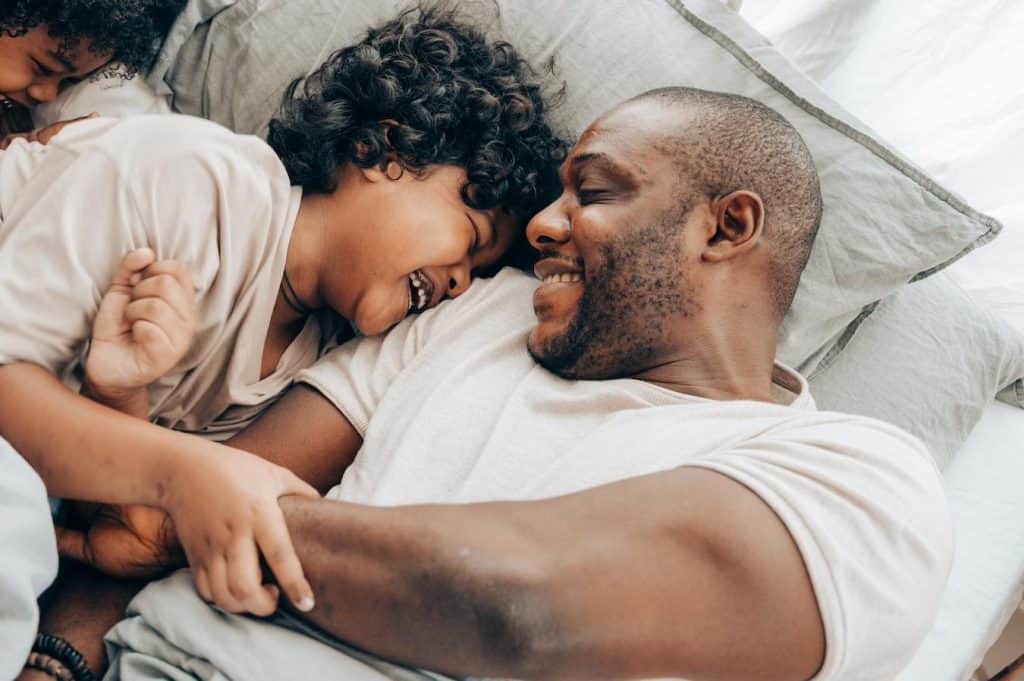 They are literal in a complicated world

Just because these jokes are family-friendly, doesn’t mean that they aren’t clever. The jokes and humor we are accustomed to hearing search for new ways to make us think.

They lead us in a direction that isn’t apparent until the punchline itself. But dad jokes search for something far more obvious.

They will always end with a pun that leads you to something right in front of your nose. What catches us off-guard is how apparent they are.

This is often what makes the play of a joke so entertaining. We keep searching for answers that we’ve never heard before.

But these jokes pull us back with a punchline rooted in simplicity. Life can get a bit muddled with unexpected endings or plot twists as it were.

But dad jokes offer us the corny puns that somehow make us feel safer. And that’s exactly how we want apparent to make us feel.

We actually love to cringe

Think you’re too cool for that one joke your papa tells? Well, guess what?

You, me, we – we all love to cringe. Sometimes, humor comes from relatable circumstances.

And that’s exactly where cringe comes from too. If a guy tells a joke that falls flat on its face, there’s a part of you that wants to smile because you’ve been there.

It’s funny to see fathers take a stab at humor. It’s funny because it won’t always be successful.

But the joke is not about the laugh. It’s about the confidence that comes from the word.

These jokes take a pun and play it like a new tune. No worries if this line has been overdone or this punchline is outdated.

That’s the joke. You may have heard the joke thousands of times.

But that doesn’t matter. Fathers will still whip out the one about the chicken.

Or, they’ll go in the opposite direction and say, “I’m on a seafood diet. I see food and I eat it.” No need to search for new material.

The jokes your dad has on hand will do just enough to work their magic. And why not rely on a joke or two if they’ve proven to work?

Papa who bored me

You can hate on a dad joke all you want. But the reality is that you love them anyway.

They raised you with that obvious sense of humor. And they made you the pun you are today.

So thank him for the word that dared to stand on its own, offering a pun-tastic experience of an otherwise lame sentence. You’ll learn to appreciate it someday if you already don’t.

Adam Christing is a professional comedy magician, corporate entertainer, and the founder of CleanComedians.com. He is a member of the world-famous Magic Castle in Hollywood and a popular comedian, magician, and virtual speaker.