What Are The Different Types Of Magicians? 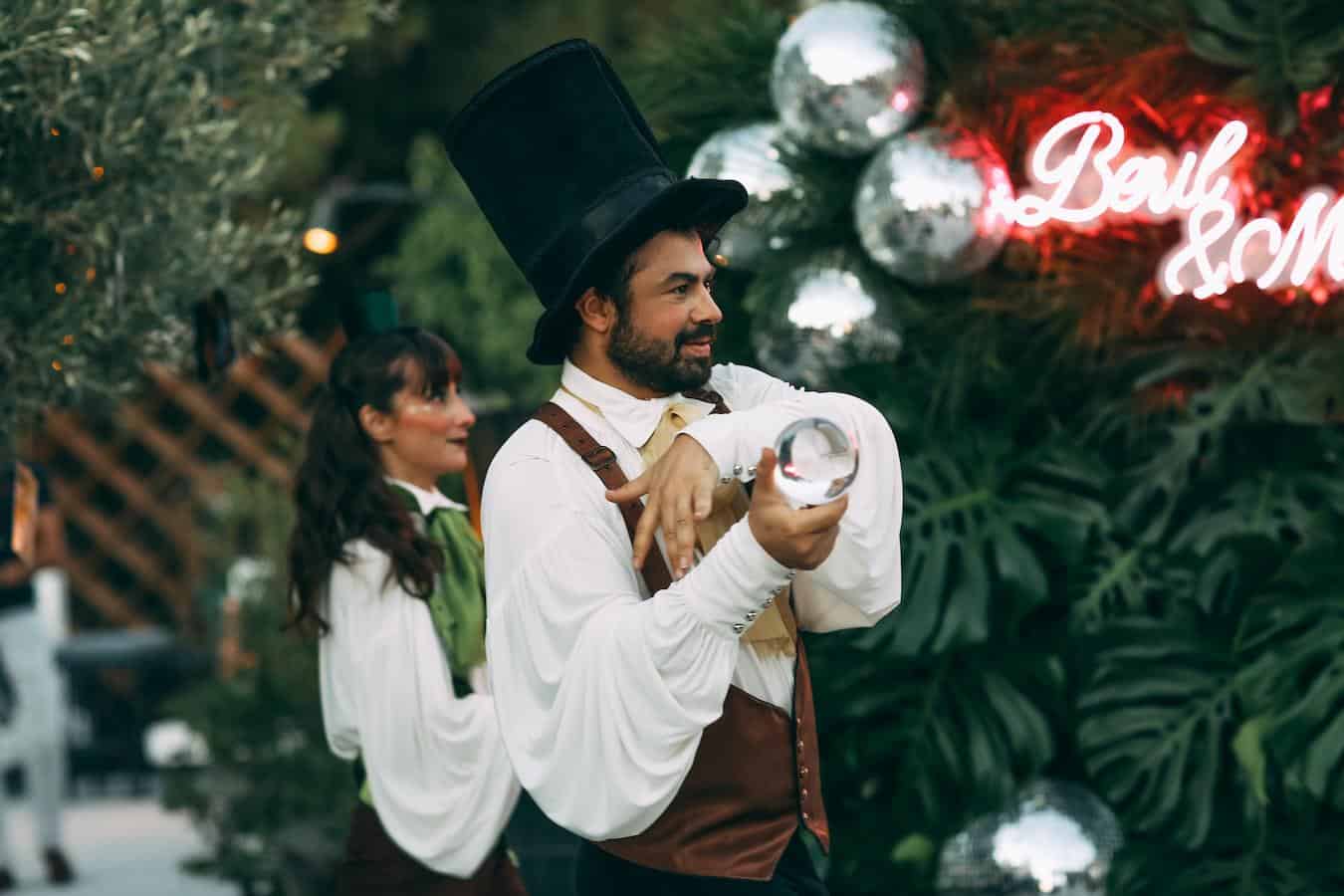 Magic tricks have dazzled us for centuries. From impressive hand techniques to mind control, stage magic has left us in awe of the performer at the helm.

But did you know that there are different types of magicians within the magical field? They may all manage to offer you an awe-inspiring experience, but let’s take a closer look at the various types of magicians that have defined our modern times.

See Related: What Does A Comedy Juggler Do?

When it comes to the different types of magicians, you’ll often see magicians split into two general categories. These categories are stage magicians and close-up magicians.

But we think this differentiation is a bit of an oversimplification. As you’ll see below, there are various types of magicians out there that aren’t necessarily meant to fit neatly into a box.

(Unless they’re an escapologist. But more on that later.) Instead, we’re prepared to take you through as many magicians as we can to show you that magic shows are just as varied as the performers in them.

Comedy magic is something we’re particularly passionate about at Clean Comedians. Because a comedy magician knows how to engage everyone in the audience no matter their background or beliefs. 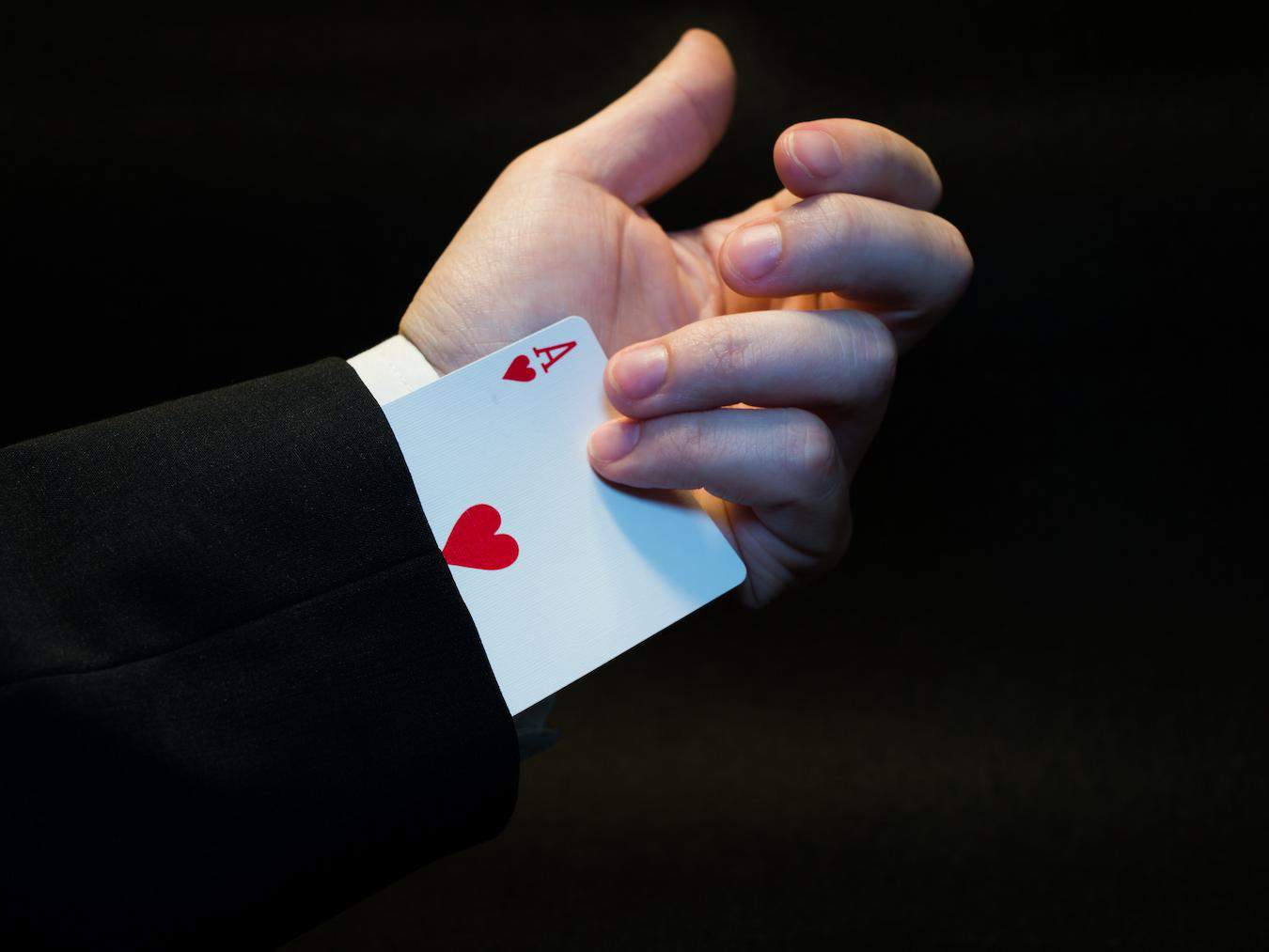 A comedy magician might be an actual magician speaker who’s particularly comedic. Or, they might be a comedian who has a couple of magic tricks up their sleeve.

Either way, comedy magicians like Mac King and Tommy Cooper have taught us just how powerful comedy magic can be. Whether performed at birthday parties, corporate events, or otherwise, comedy magic has a way of bringing an audience together.

#2. The magic of illusions

Successful illusionists like David Copperfield might have us fooled into thinking that illusions are a thing of the present day. But illusions actually became popularized during the late 19th and early 20th centuries.

An illusionist magician performs feats on a large scale, often involving large boxes, smoke, and mirrors. Whether making things disappear out of thin air or creating illusions of the mind, illusionists are able to leave an audience absolutely gobsmacked!

A mentalist certainly has plenty of magic tricks up their sleeve. But these magic tricks come across more like supernatural powers than anything else.

What comes across as mind reading may actually be the performer reading body language or using other psychological techniques to appear as if they are a natural-born mind reader. But that hasn’t stopped famous mentalists like Criss Angel, Derren Brown, and Uri Geller from making us question, “Are magic tricks real?”

When people think of most magicians, they often picture a sleight-of-hand magician. These magicians develop impressive manual dexterity in order to accomplish seemingly impossible feats.

Many sleight of hand magicians perform card tricks or play with small objects like coins and handkerchiefs to dazzle our imagination. A sleight-of-hand magician is very closely related to a close-up magician and even a street magician since such tricks are meant to be experienced up close.

Close-up magic can sometimes feel more dazzling than what a stage magician can accomplish. Simply because the magic is happening literally inches from you! 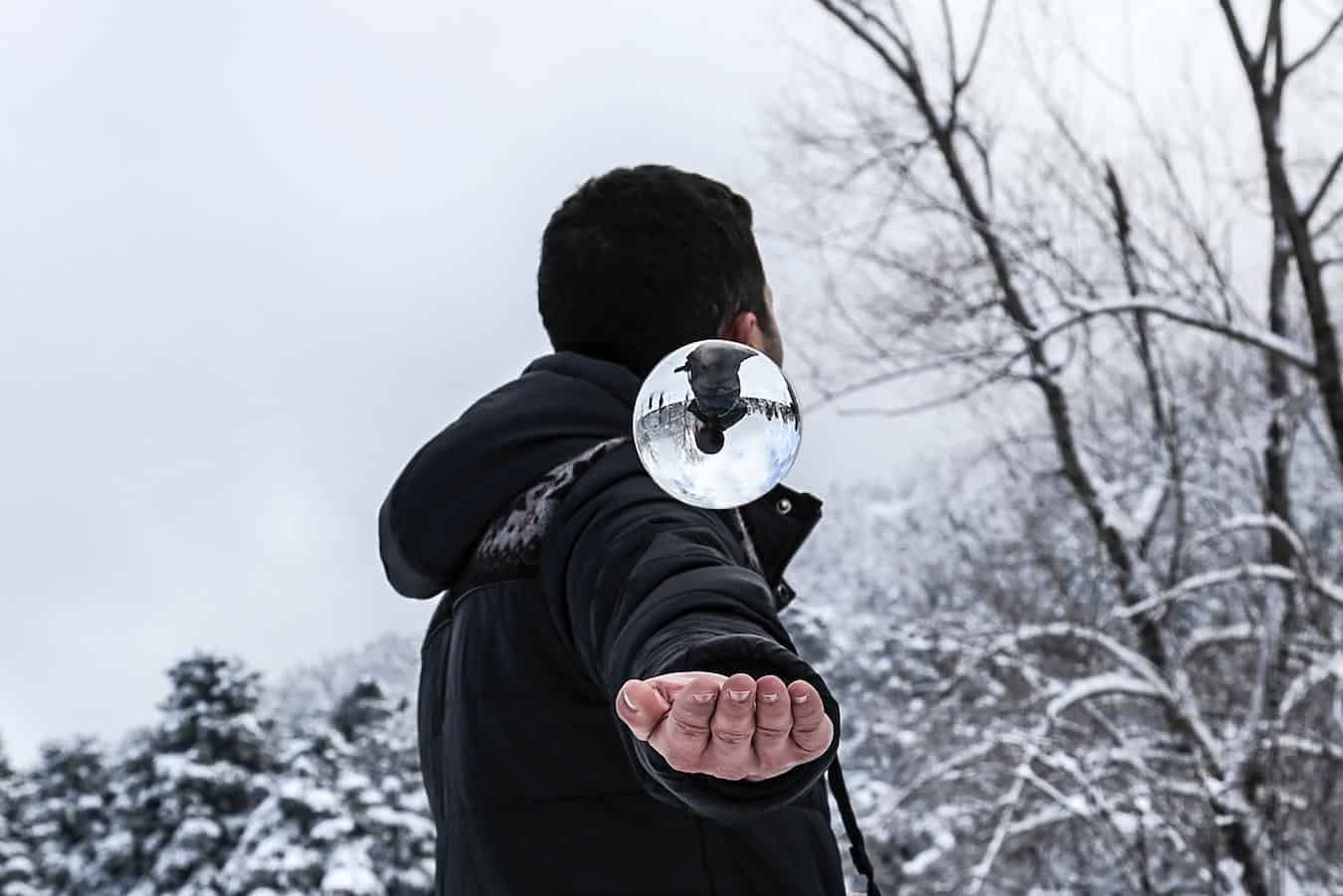 A street magician who performs close-up magic may use borrowed items like phones, rings, and watches to further convince an audience that they’re here to perform a stellar act. But many other magicians versed in close-up magic are also a popular corporate entertainment choice.

A monologue magician is sometimes called a dramatic magician. And no, we don’t mean that they bring their personal drama to the stage.

instead, these stage magicians perform their magic tricks through a narrative structure. As far as the term “magic show” goes, a monologue magician really hits the nail on the head, utilizing dramatic structure and magic tricks to pull an audience in.

Harry Houdini is perhaps the most famous magician escapologist in the world. Escaping from chains, straight jackets, and more, Houdini managed to extricate himself from the tightest of spaces.

In his act, Houdini often escaped out of handcuffs, locked packing crates, and more.

A black art magician sounds like a magician gone bad from the Wizarding World of Harry Potter. But it has more to do with the stage setting that the magic is performed in than anything else. 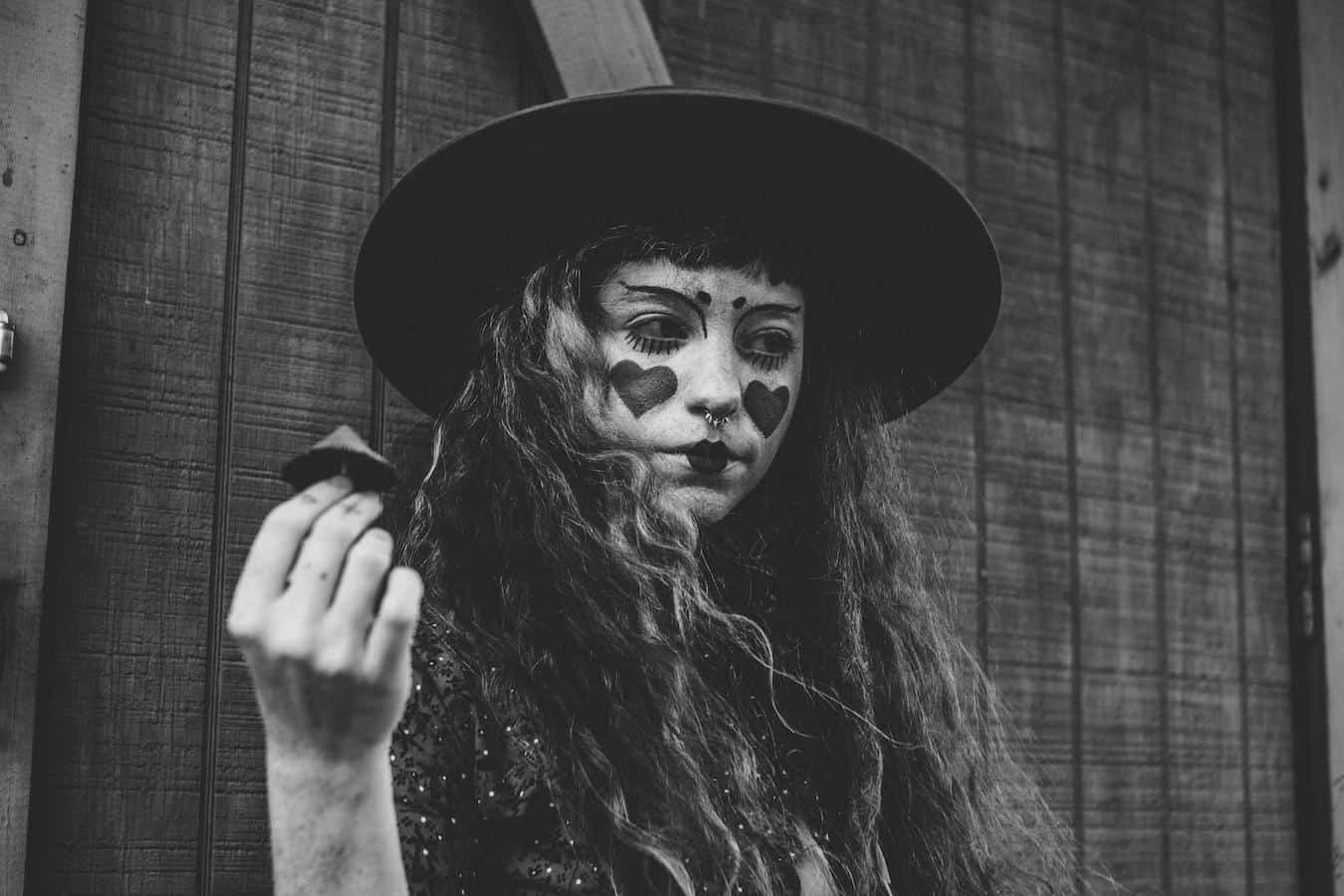 Typically, black art is performed on stage with a black velvet curtain as a backdrop while stage lighting and secret performers help to create fantastic onstage illusions. At its core, black art magic tends to blend magic with art, as the name suggests.

A pickpocket magician is exactly what it sounds like. It’s a stage magician who lifts wristwatches, billfolds, and even neckties from onstage volunteers!

This type of magic is closely related to close-up magic. But it draws on the long history that both pickpocketing and magic share.

A silent magician will pantomime on stage to create theatrical art and magic tricks. A famous example of such a performer is Teller from Penn & Teller.

These silent magicians are often versed in sleight-of-hand magic. But their signature performance style is the fact that they are completely silent, creating illusions all without the use of words.

Bonus: What Is A Keynote Speaker And Why Should They Be Funny?

Street magicians like David Blaine often perform in an improvisational way, using tricks that may or may not be scripted. A street magician may also be a mentalist, sleight-of-hand magician, or otherwise.

But ultimately, because they perform on the street, their act relies on their ability to possess quick wit and achieve success from unsuspecting passersby. Street magic performers are sometimes also called “buskers” in the entertainment industry.

Like a mentalist, a spiritualist often challenges the audience to ask whether these magic tricks are real. Calling on spiritual forces to assist them, a spiritualist will also market themselves as a spell-caster who works alongside ghosts to accomplish mind reading or mystical feats. 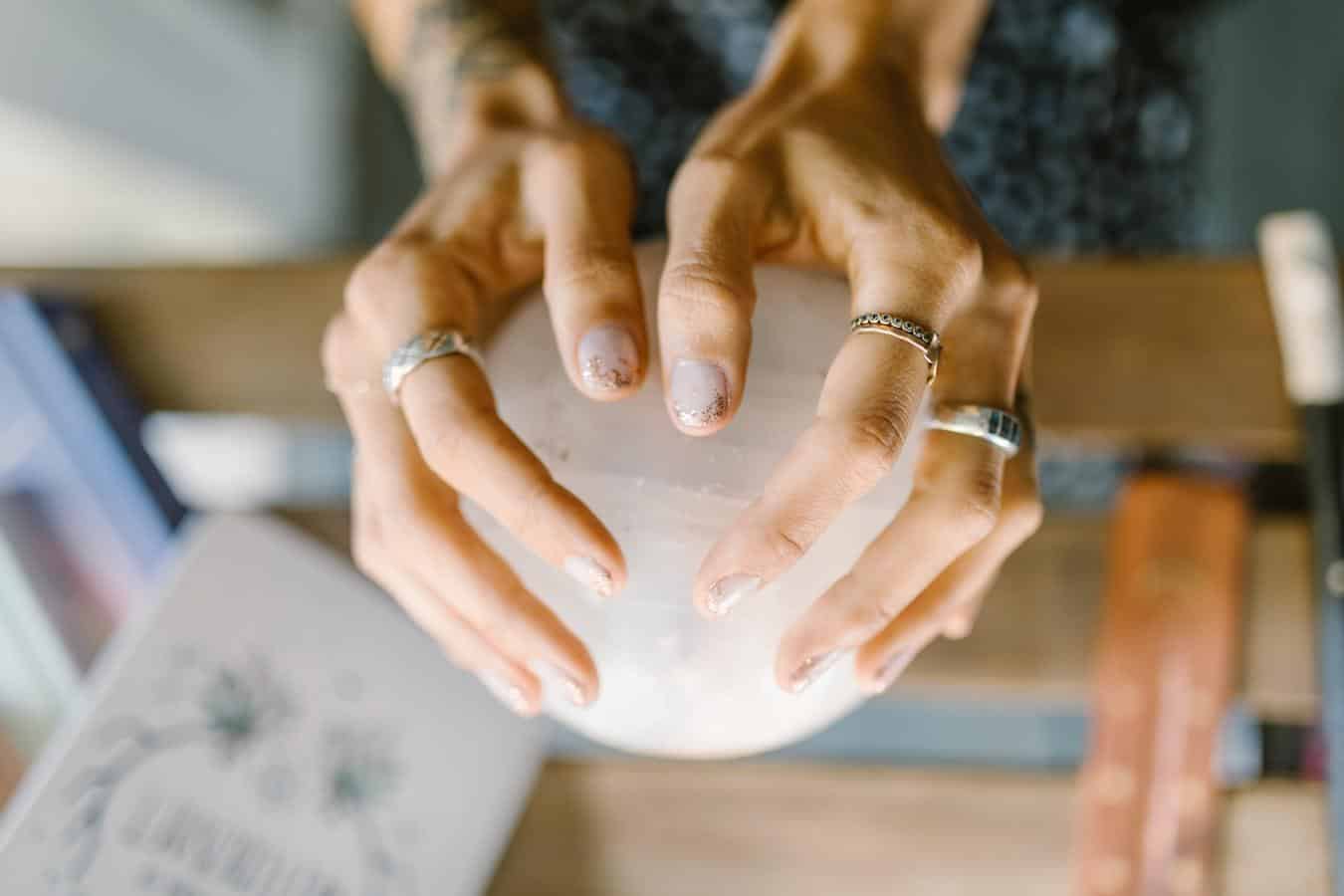 Those who perform this type of magic fall under the umbrella term of bizzarist magic.

Parlor magic is performed in small venues, rooms, or even in private homes to entertain guests. These close-up magicians are best suited for small, intimate gatherings to dazzle their audiences in close range.

As the name suggests, these magicians started out performing in parlors.

As we’ve gone over, there are many different types of magicians. But all magic entertainers have certain things in common.

They are all able to accomplish seemingly impossible feats. They can capture an audience’s attention like no other entertainer.

And they all challenge us to see the world from a different perspective. While different types of magicians have their niche entertainment venues, tricks, and more, each professional magician deserves praise for the amazing wonders they’re able to achieve.