Top Clean Comedians For Your Next Virtual Event 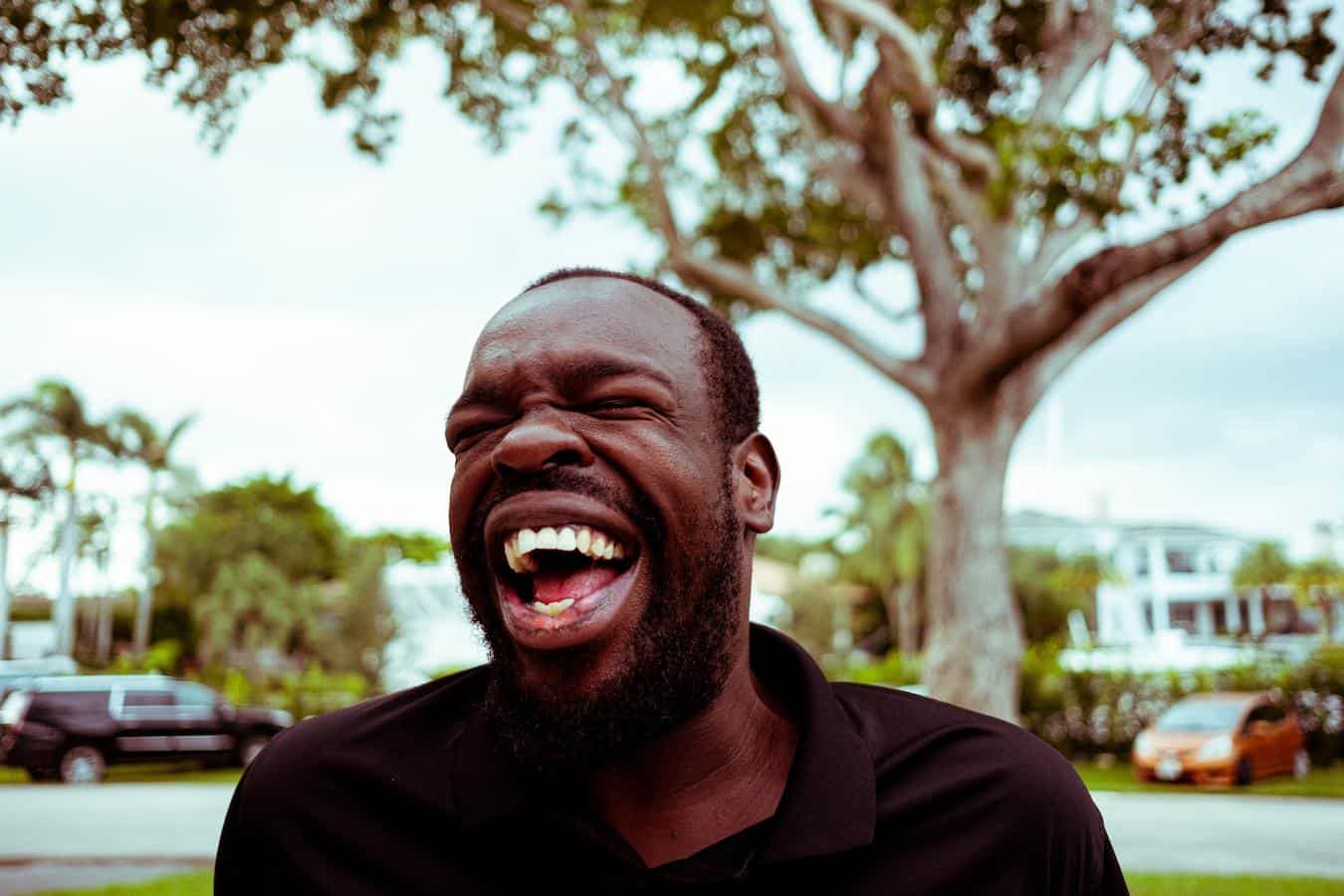 There’s nothing like being entertained by a stand-up comedian. But sometimes, you’re a little turned off from the dirty jokes you hear at the comedy club.

There’s no shame in saying so. Because much like alcohol, you don’t need four-letter words to have fun! 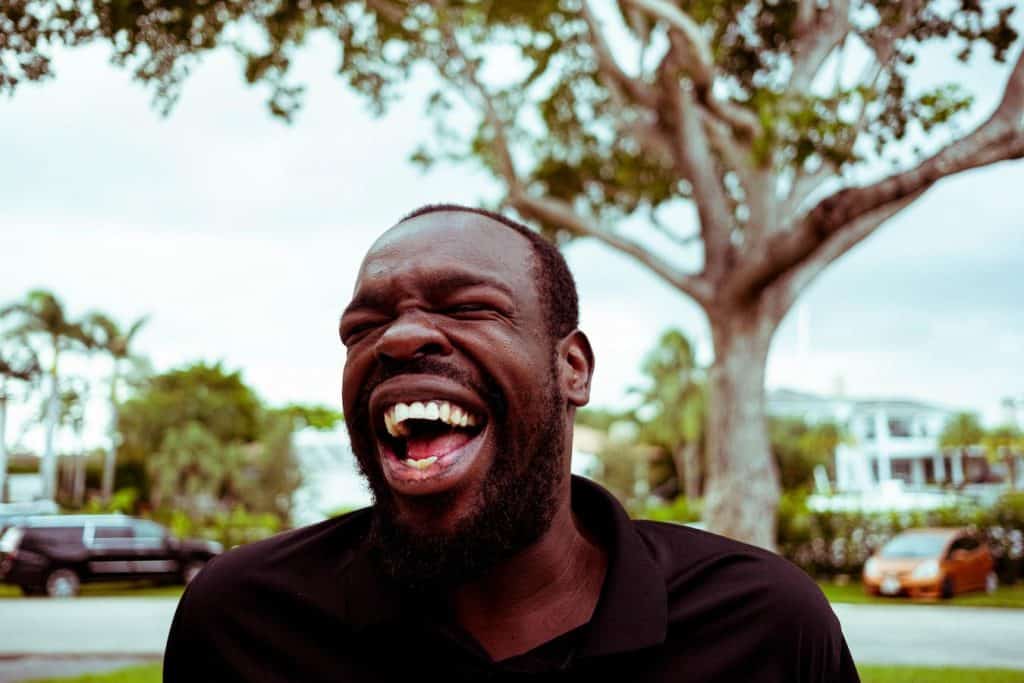 But if you’re looking for the perfect entertainment for your private party, church events, corporate event, or just about any event, consider our list of the best virtual comedians. Best clean comedians, that is.

Who are clean comedians?

Clean comedians are no different from any other professional comedian. Except that a clean comedian doesn’t use curse words or rely on sexual innuendos to be funny.

You probably know a lot more clean comedians than you think. That’s right, they’re there on Comedy Central, America’s Got Talent, the Great American Comedy Festival, the Tonight Show, Jimmy Kimmel Live, Comics Unleashed, the Big Laff Off, and more!

Think Jimmy Fallon, Craig Ferguson, Robert Mac, Jay Leno, and David Letterman, just to name a few. So whoever said a professional stand-up comedian couldn’t be a huge success with clean comedy better take it up with these folks.

But not every clean comedian is a celebrity comedian – which is good news! That means you’ve got plenty of clean comedians to choose from for your next virtual event.

And let’s be real. Virtual comedy is just as good as going to in-person comedy clubs. Because with a virtual comedian, you can sit on your own couch and not have to go through the hassle of night clubs!

See Related: How To Organize A Fundraiser

Still on the fence on whether to hire a virtual clean comedian? Well, consider these benefits a couple of other bullet points to add to the “pro” column.

Everyone should be able to have a good laugh without trying to cover their kids ears for certain jokes. And with a clean comedian, you can rest assured that no ear-covering will be required.

Besides, any great comedian will want to garner new fans. So why block out half the audience they could have by including unnecessarily lewd jokes?

For small businesses, cruise ships, special events, private parties, or even a happy hour, it’s nice to let down and not get into politics. Sure, a virtual comedian might poke some fun at current events.

But never to the point of giving politics front and center stage. That being said though, you also won’t have to worry about virtual comedians sounding like the learning channel – they’re still funny!

Fun events should be just that – fun. And with some of the best comedians out there, fun can make your event one that’s funny yet still professional.

The other comedians we have lined up for you have many talents, of course. But perhaps they’re greatest talent is being able to make comedy accessible to any and everyone.

What’s better than a customized comedy show? Like, really? 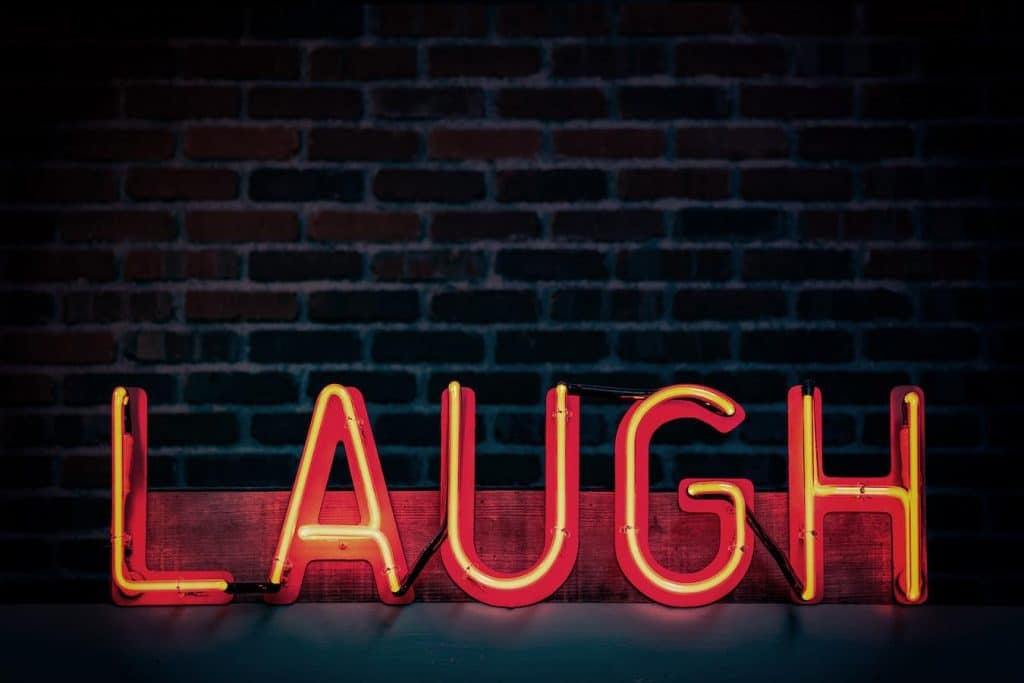 Sure, you might have to fill out the form that asks what kind of virtual or online event you’re looking to get out of the evening. But what’s a little paperwork when you can get the best observational humor delivered to you by fresh virtual comedians?

There’s always the argument that comedy is subjective. But deep down, comedy should never ostracize others from the crowd.

Besides, virtual events already lack that in-person feel. So why de-personalize virtual events even further with virtual comedy that doesn’t include everyone? Doesn’t make sense, right?

Comedy – and yes, even virtual comedy – really does have the power to bring folks together. And trust us when we say that these virtual corporate entertainers can truly take your virtual event to the next level.

Who needs a comedy show in New York or Las Vegas when you can get a comedy show right in your living room? And manage to make some great connections at your online event?

We promised you the best of the best. So, allow us to introduce you to those that make the virtual comedy world go ’round.

If you want a comedian who knows the corporate world for your next event, go with Nick Arnette! His background in sales, hospitality, education, and banking make him the perfect addition to your corporate event.

Looking for a keynote entertainer, magician, mind reader, and juggler for your next event? Get Greg Bennick in the virtual event room and watch him dazzle the audience in your virtual comedy show. 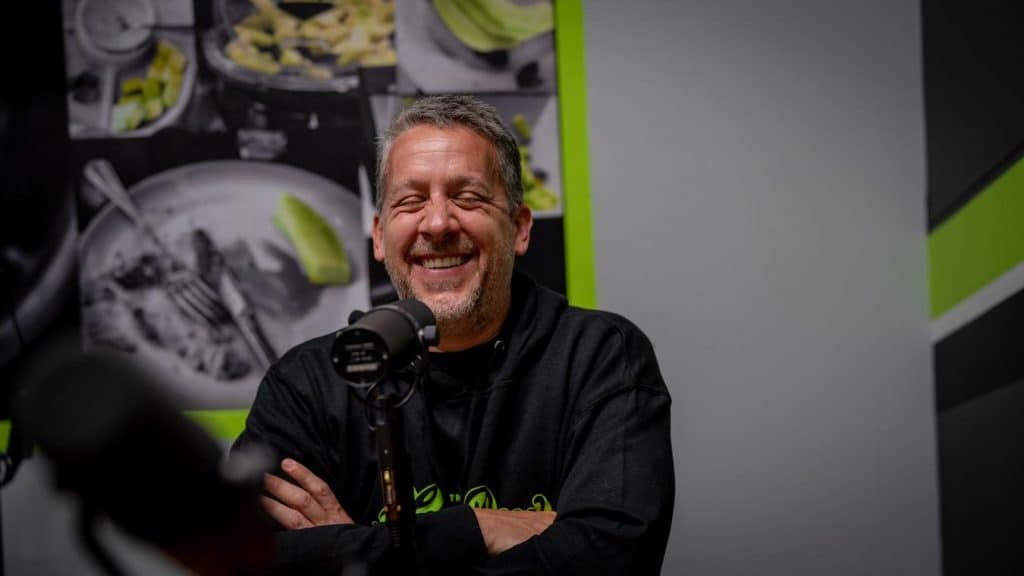 This comedian/ventriloquist team will only amplify your virtual comedy show for those laughing in the back. That’s right – we think you just found the comedian for your next event in Willie Brown & Friends!

Need somebody who can both entertain and host your online events? Then consider bringing in Adam Christing! He’ll take your virtual comedy show and run with that as host, performer, a virtual emcee, and more.

Want a Las Vegas entertainer without having to go to the Strip? Then hire Jeff Civillico whose renowned comedy shows have made him one of the most sought after comedians for live, virtual, and hybrid events!

Comedy shows at corporate events always need a little motivation alongside the laughs. And that’s exactly what Dana Daniels intends to provide!

You’ve heard of Microsoft Teams but have you ever heard of a Dueling Pianos Team? Well, allow comedians Michael and Amy to introduce you and your event to the world of musical comedy! 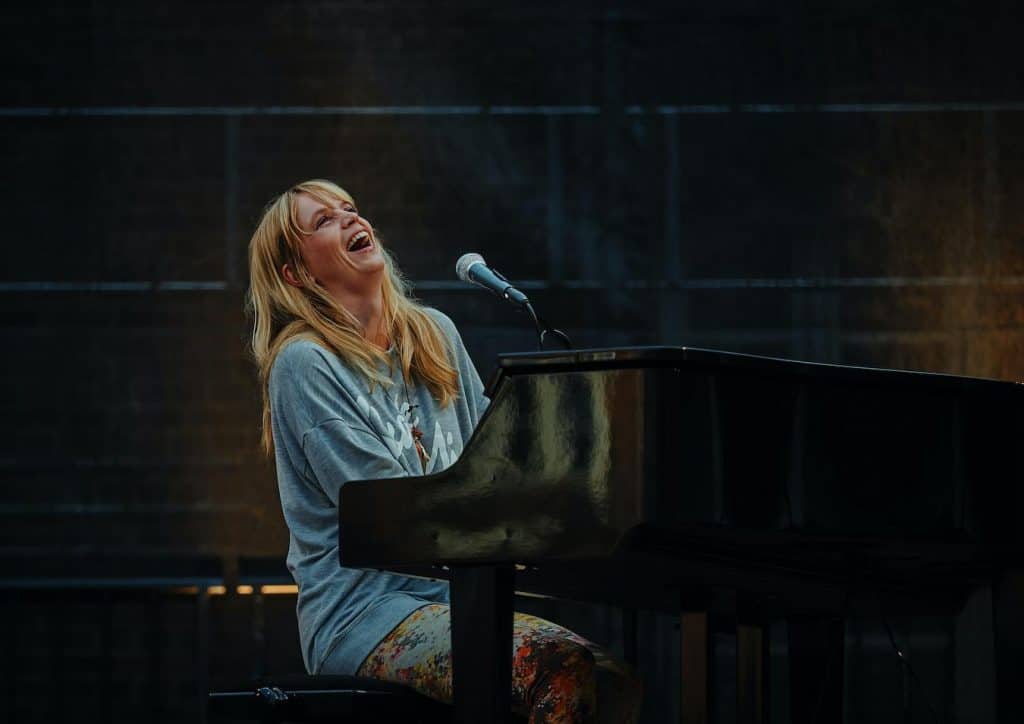 Are you a fan of comedians who combine physical humor with interactive audience participation? Then you’ll definitely want to get Greg Hahn to come and perform at your next event.

Sometimes, the best comedians are the ones who keep energy up during the in-between moments of an event. And that’s exactly what Robert G. Lee has been doing for years with rapid-fire ad-libs and humorous audience interviews.

If you expect comedians to be an entire variety show in and of themselves, then Pete McLeod is the comedian that fits your bill. There’s a little bit of magic, stand-up comedy, musical parodies, and just everything for everyone!

Every event needs comedians and hosts – so why not book an act that’s two for one? Aaron O’Brien has become the in-demand virtual speaker everyone’s after. And if you hire him, you’ll get what all the buzz is about!

If you’re looking for family-friendly, you’ll love Carlos Oscar with his family-filled bits and characters! His energetic stage persona is sure to captivate audiences as his clean comedy takes you on a much more thrilling and creative ride than any four-letter word could.

Getting a funny person at your corporate events matters. But getting an inspirational person is maybe even better. Stacy Pederson is each of these qualities all in one!

If you’re looking for a star-studded resume, you’ll want to book Kerri Pomarolli. With TV credits like The Young and the Restless and Port Charles, she’ll offer you a glimpse into that sweet Hollywood life!

While he won’t come to entertain you as a Rod Stewart look-alike, you’ll still get the goods with Jeff Shaw! His past residency in Las Vegas has seasoned him as a stand-up comic whose work is a blend of idealism and humanity.

Need a motivational speaker that’s also funny? Then say yes to Jody Urquhart – and while you’re at it, enjoy her book All Work & No Say that dismantles the assumptions that work can’t also be fun and rewarding!

If you want your event to be filled with laughs and genuine storytelling, book Kathy Westfield today. Her standup has reached thousands across the country and her inspiring and hilarious messages will give you the boost you didn’t know you needed! 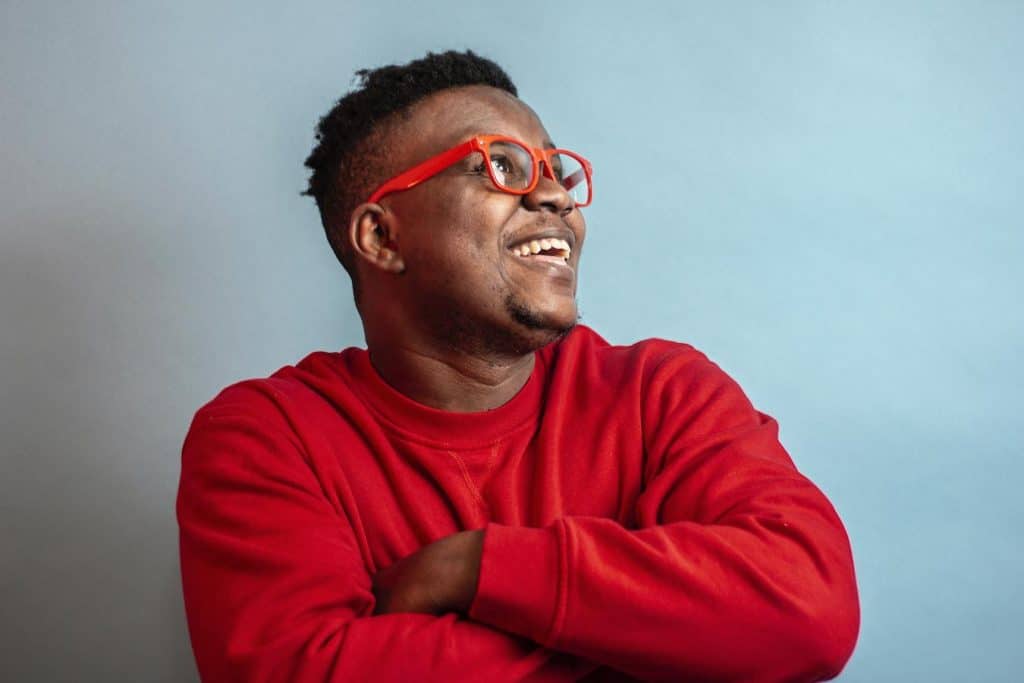 Did somebody say comic jugglers? Well, that’s what The Passing Zone heard. So get ready to be dazzled by one of the top comedy/variety acts in the world today!

Sit back, relax, and laugh!

It’s said that comedians make the world go ’round. But we say that it’s clean comedians who really get the job done.

So book one of these fantastic virtual comedians for your next event. And get ready for your belly to ache from laughing so much!

Keep Reading: What Is A Gala Event?

27 Entertainment Ideas For Virtual Events
What Are The Different Types Of Corporate Events?
How To Become A Meeting Planner
What Is Corporate Entertainment?
How To Build Strong Relationships With Clients
How To Boost Employee Morale And Motivation
Ideas For Your Next Virtual Gala
Best Tips For Event Planners
Top Clean Comedians For Your Next Virtual Event
What Is A Gala Event?