How Does Humor Help With Mental Health? 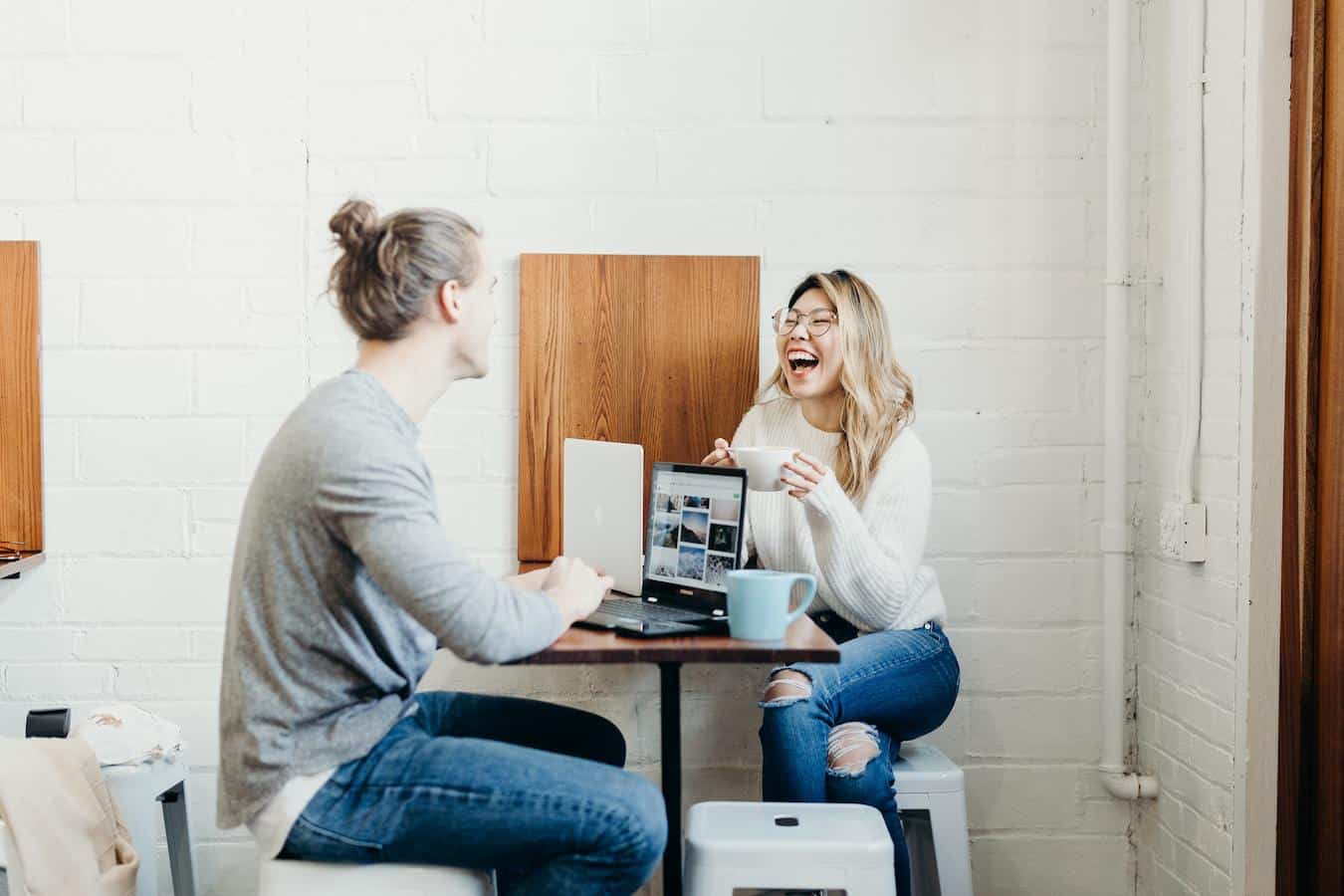 There’s nothing like a good laugh. You could be having a horrible day, but as soon as you hear a good joke, it’s as if all of your stress hormones seem to float away.

Turns out, there are actually quite a few therapeutic benefits to humor and laughter. So that feeling of stress drifting off isn’t just in your head.

But what exactly are the benefits of humor and laughter in relation to mental health? And how can you incorporate humor into your everyday life? Keep reading to find out!

See Related: What Are The Benefits Of Public Speaking?

A good sense of humor won’t just help you get through the day. It’ll actually help you physically strengthen your body.

Think about the last time you laughed so hard you almost peed yourself. Okay, but don’t think about it too hard!

After you (hopefully) didn’t pee yourself, didn’t you feel great after? Like you were on a laughter high or something?

Well, it turns out that that bout of laughter both fired up and cooled down your stress response. And this increased and decreased both your heart rate and blood pressure.

So, like a good workout, you actually helped your body regulate your stress response. So that’s a powerful alternative medicine if you ask us! And you can access it anywhere with a virtual comedian.

When you laugh at funny things, you’re actually stimulating circulation throughout your body. And this can help aid any muscle aches or places of tension.

Like when you’re about to step up to the podium and do some public speaking. Most speakers will diffuse the tension by chuckling to themselves. 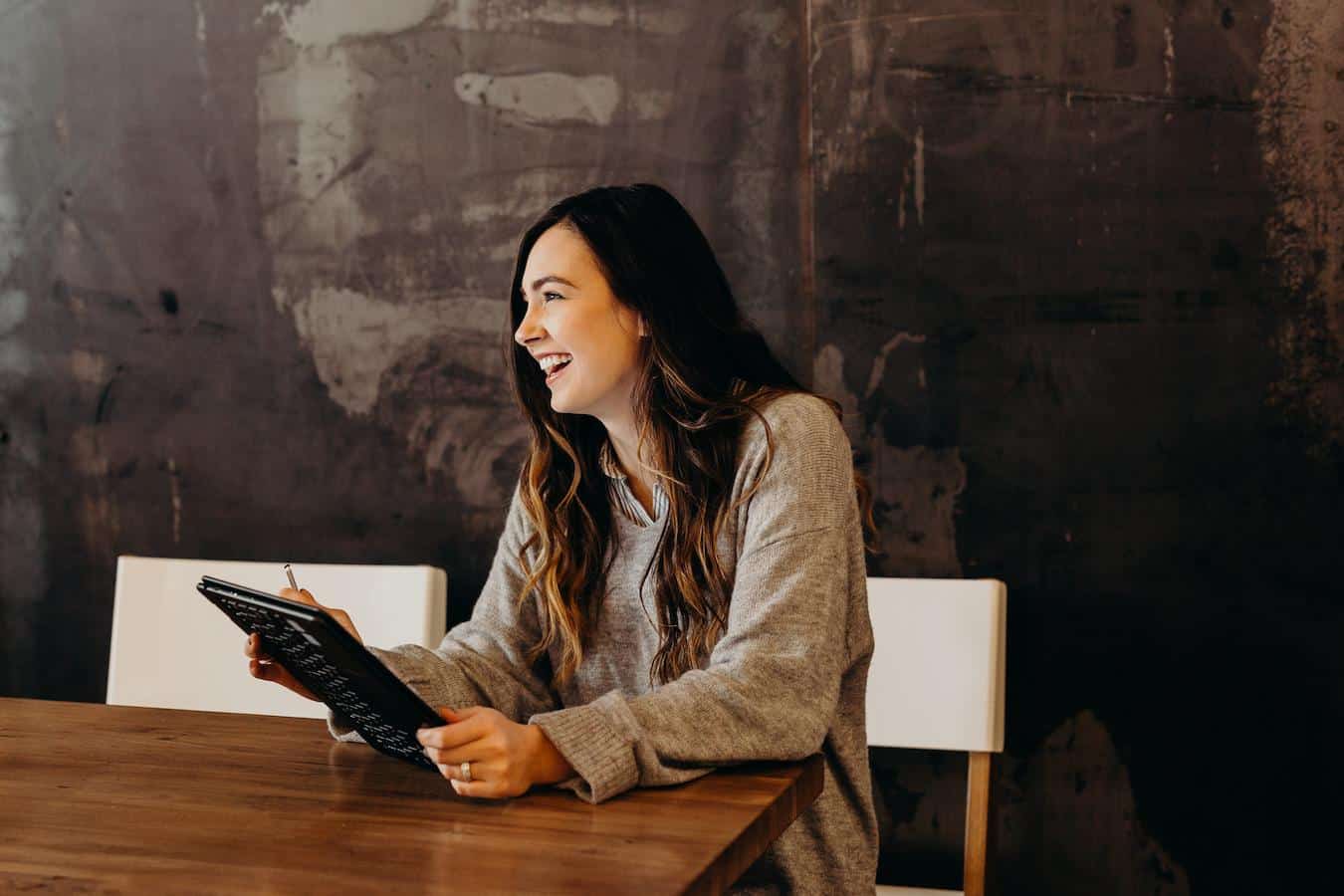 It seems like such a simple thing. But in the short-term, having a sense of humor can actually help you physically let go of any stress levels that seem to keep lying around.

That being said, we’re not saying you should look up funny stories if you have shoulder pain. But then again, some laughter yoga could help you work out that crick in your neck!

Anyone who’s ever experienced a big belly laugh knows just how much laughter can stimulate their insides. And we’re not just talking about mental health.

We’re talking about your organs! As you take in my air, your heart, lungs, and muscles get stimulated.

Not to mention that all of this helps to increase the endorphins in your brain. So if you want to get those feel-good natural high’s, just know that humor modulates those very functions in your body.

Bonus: What Is A Meeting Planner?

We bet you’ve heard of certain kinds of experimental medicine that aim to act just like painkillers do. But we’re here to put a whole new spin on that theory.

Because laughter can actually help ease pain in the body. In fact, those endorphins that we mentioned earlier help the body produce its own natural painkillers.

So it’s as organic a medicine as you can get. Not to mention that having a sense of humor when you’re hurt just makes it all the more bearable. Well, that and maybe an Advil too.

When your mental health is plagued with negative thoughts, it can actually manifest in your body. No, we’re not joking.

That kind of negativity turns into chemical reactions, bringing more stress into your system and decreasing your immunity. But guess what combats that like a charm? 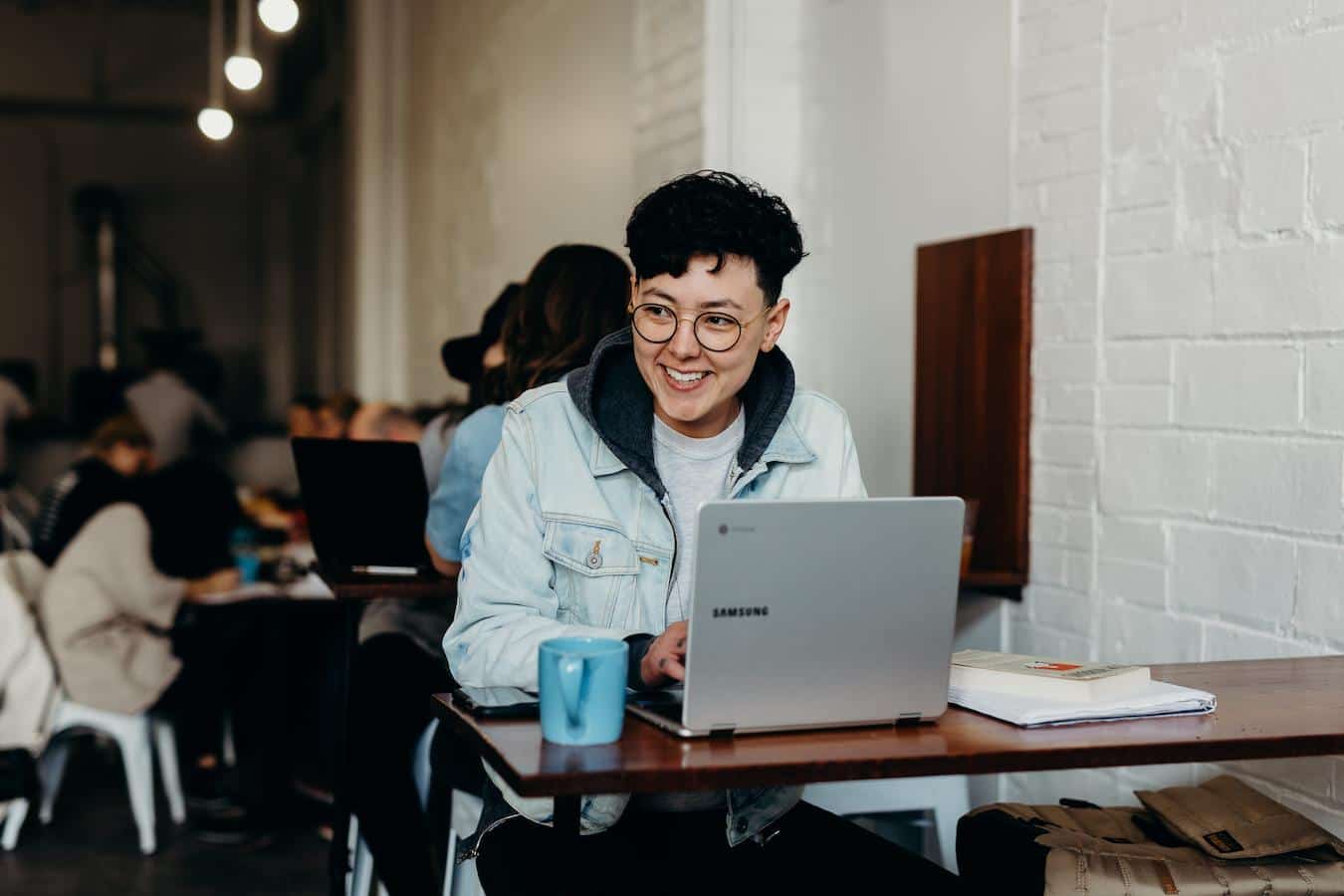 Positive thoughts. So whatever you find funny, just think about that! Or better yet, hire out some corporate entertainment and give the office a treat. When you spend time focusing on the positive, you release neuropeptides.

And these help to fight against stress and even potentially more serious illnesses. Either way, wouldn’t you rather focus on the positive rather than the negative?

There’s no question that humor can do wonders for your psychological well being. After all, how many funny people do you know that are always down in the dumps?

Of course, everyone gets down in the dumps sometimes. But if you really want to focus on your well being, then you’ll find that humor does wonders for your increased positivity.

When you decrease your stress, you tend to be in a better mood. Prove us wrong, we dare you! 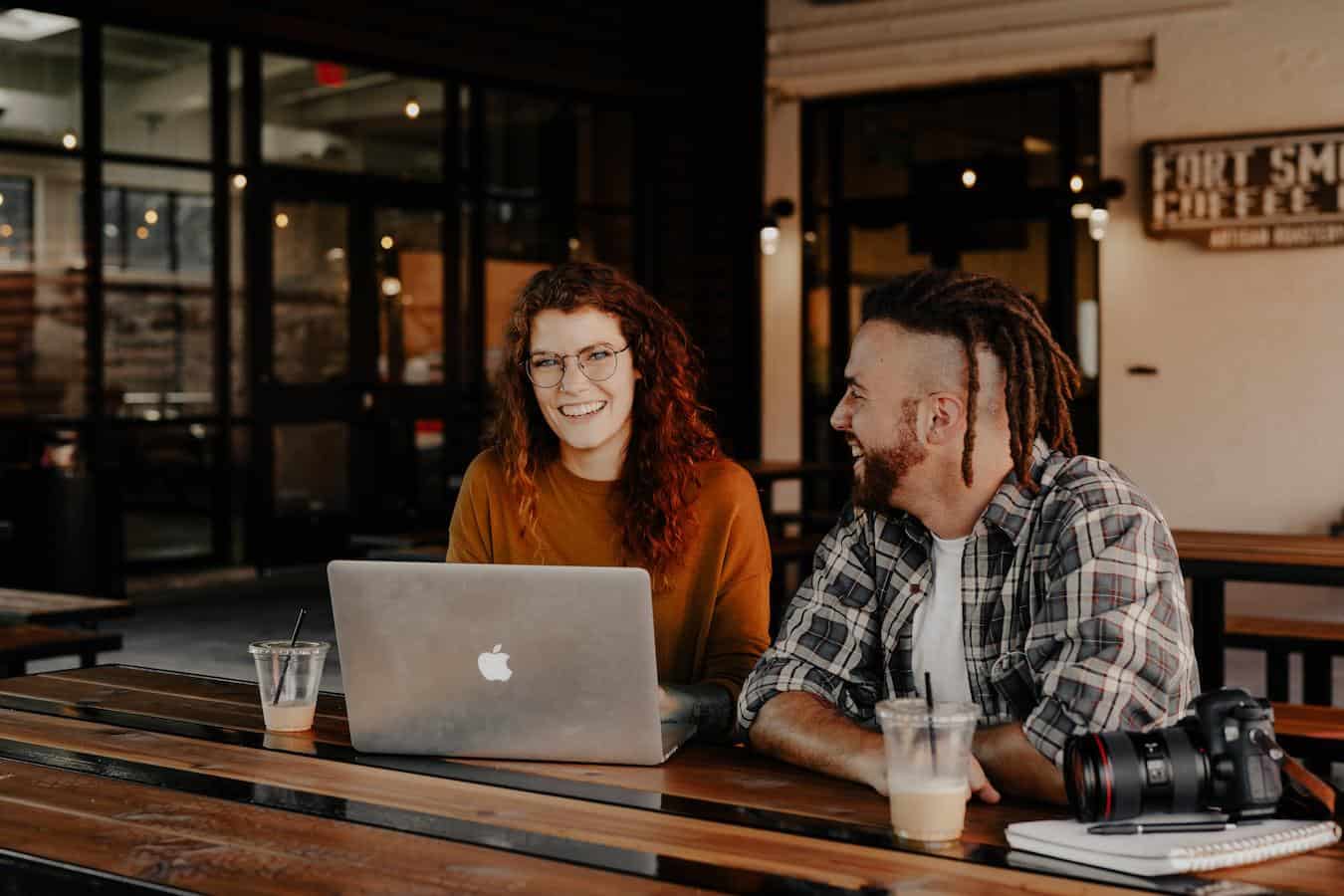 But this can also do amazing things for your self-esteem. When you feel happier, you feel more confident and sure of yourself.

Not to mention you tend to attract more people to you. Who said looks were the way to get somebody’s attention – humor it where it’s at!

Humor styles and their connection to mental health

You might think you already infuse humor into your everyday life. But let’s take a look at these different humor styles to see which ones are the most effective at enhancing your mental health.

Not to brag, but affiliative humor is what we Clean Comedians pride ourselves on creating. Out of all the humor styles out there, it’s probably the most effective one at forging relationships.

Because it focuses on making everyone feel included by pointing out what’s thought to be universally funny. There’s no divisiveness in this humor style.

Earlier we mentioned that laughter could help you decrease your stress hormones. But aggressive humor may actually increase them.

That’s because aggressive humor laughs at the expense of others. This might be sarcasm, teasing, ridicule, or criticism.

So if you want the benefits of laughter, it’s probably best to steer clear of this humor style. Unless you’re an insult comedian and simply can’t get enough of it.

Self-enhancing humor is like having a secret weapon. It’s being able to laugh at yourself or at life’s absurdities.

Because there’s just been too many times you left your coffee cup on top of the car and driven off without a second thought. It’s ridiculous, right?!

But this kind of humor can help you cope with stress and hardship. And it’ll even make you feel better as a result.

Self-defeating humor is exactly what it sounds like. You make yourself the butt of the joke for the sake of making others laugh.

As is fairly obvious, this type of humor probably won’t help you with your own self-esteem. But if you notice that this is the type of humor you’re drawn to, be sure to give yourself some love in the meantime!

Laughter really is the best medicine

There are plenty of ways that laughter can boost your mental health. And make hardships and struggles all the more bearable.

When it comes down to it, it really is a matter of changing your perspective. So give yourself the best medicine there is and have a good laugh about it!

Keep Reading: What Is A Humorist Keynote Speaker?