25 Magic Jokes That Will Convince You Magic Is Funny 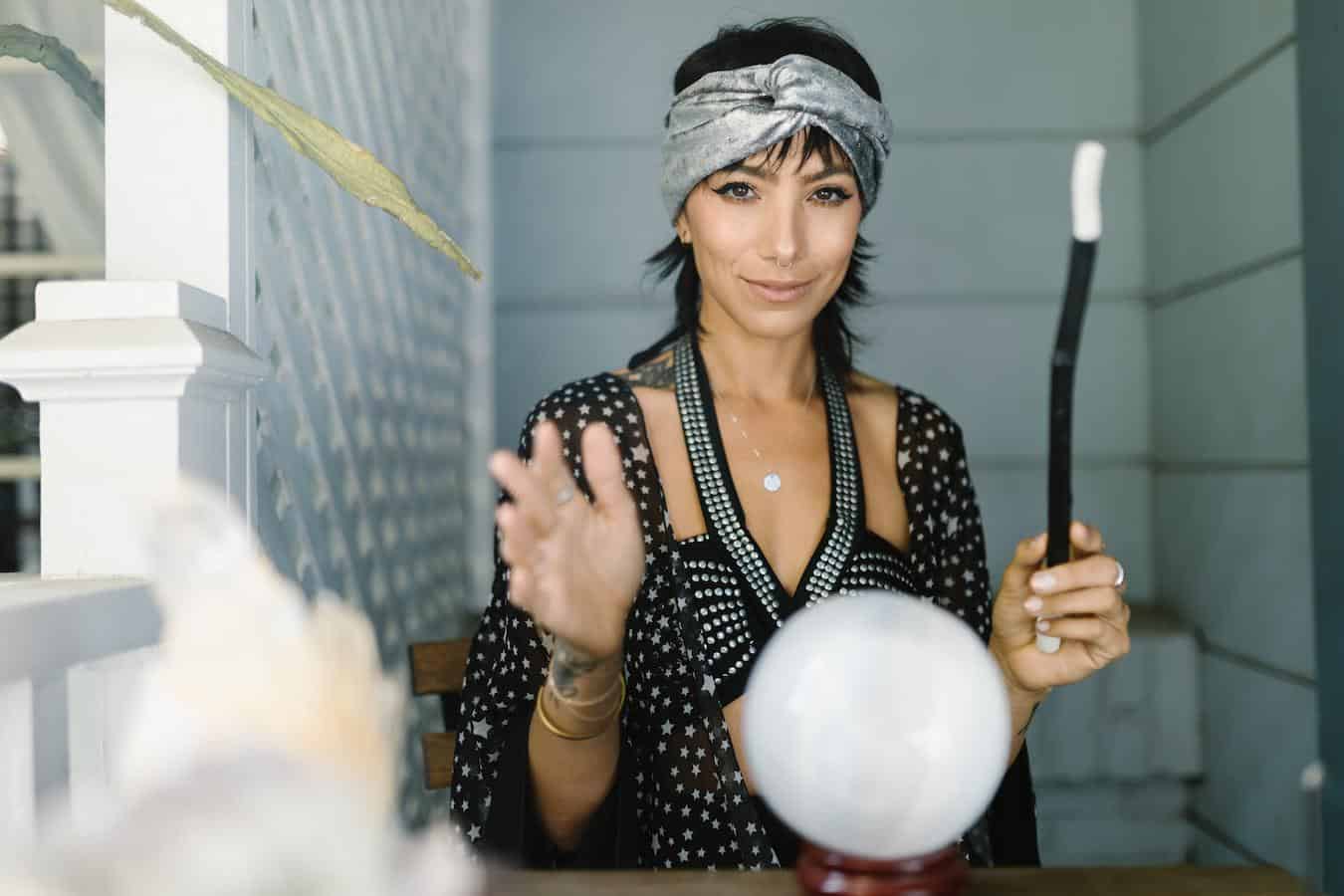 When was the last time you were delighted by some magic tricks? Can’t remember?

That’s because too often, we’re taught that magic jokes and tricks are better suited for kids. But these magical puns and funny jokes will bring out the wizards and witches residing in everyone you meet.

So get your magic wand ready. Because it’s time to spruce up the office with – not a magic mirror – but some magical humor.

Funny magic jokes to share with the corporate office

Funny magic jokes and puns may seem somewhat childish. But they’re a great way to reintroduce everyone in the office to a sense of play, fun, and whimsy.

Remember – not all superheros wear capes. And not all magicians wear a top hat. But you can still be a magician by introducing some magic into the office with these fun jokes filled with wordplay. (Or hire a magician speaker from Clean Comedians, your choice.)

#1. When your personal genie misunderstands you

Tom rubs a magic lamp. A genie pops out and grants him 3 wishes.

Genie: What will your first wish be?

Genie: Of course, your wish is granted. What will your second wish be?

Rich: I want a lot of money…

#2. Walking into the magical forest of wordplay

A man walks into a magic forest to cut down a tree. Upon arrival, he started to swing at the tree when it shouted, “Wait! I’m a talking tree!”

The man grinned and said, “And you will dialogue!”

A guy walks on to a rooftop bar and sits next to another guy who says he’s drinking a magical drink. The first guy asks, “What’s so magical about it?”

Then, the guy steps to the edge of the rooftop and starts to fly. The other guy takes a swig of the drink and tries to fly as well, but falls and dies. 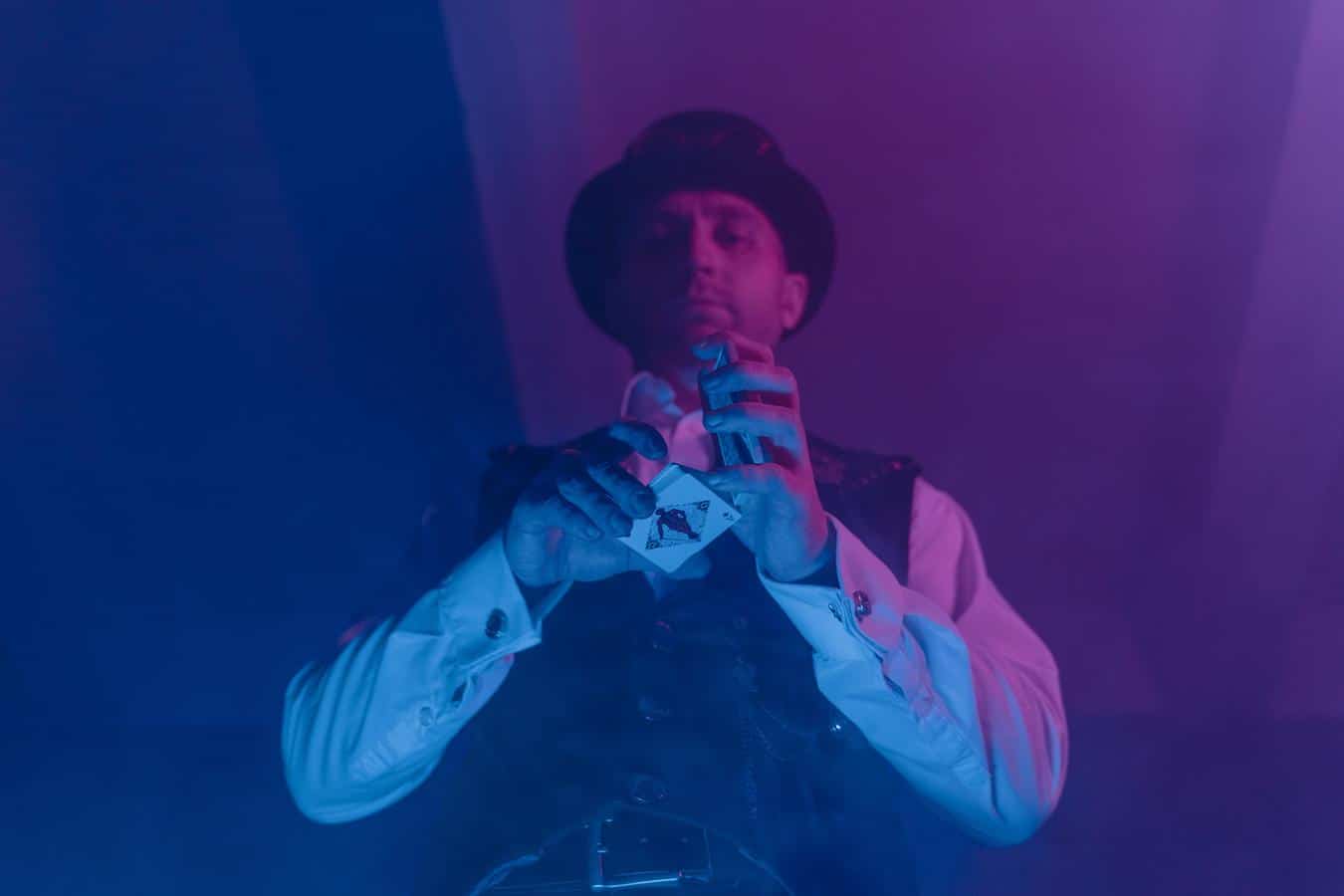 The bartender shakes his head and says, “You know, you’re a real jerk when you’re drunk, Superman.”

#4. A magic joke for “Bring Your Kids To Work” day

What do you call a dog that can do magic tricks? A labracadabrador.

That said, you should probably start this joke off with a disclaimer. Because you don’t want to be held responsible for the request, “Can we please get a magic dog??” on the drive home.

#5. Another kid-friendly joke to add to your in-house magic show

Three kids one day found a magic slide. There was a sign next to it saying, “Whatever you wish for comes true once you slide down.”

One kid stepped up and slid down, he wished for a river of chocolate, thus he swam in a chocolate river. The second kid slid down and wished for a mountain of money, he then landed in a pile of money.

The third kid went down and said, “Weeeeeeee”! Then landed in a pile of…

An Irishman and an Englishman walk into a bakery. The Englishman steals 3 buns and puts them into his pockets and leaves.

He says to the Irishman, “That took great skill and guile to steal those buns. The owner didn’t even see me.”

The Irishman replied, “That’s just simple thievery. I’ll show you how to do it the honest way and get the same results.” 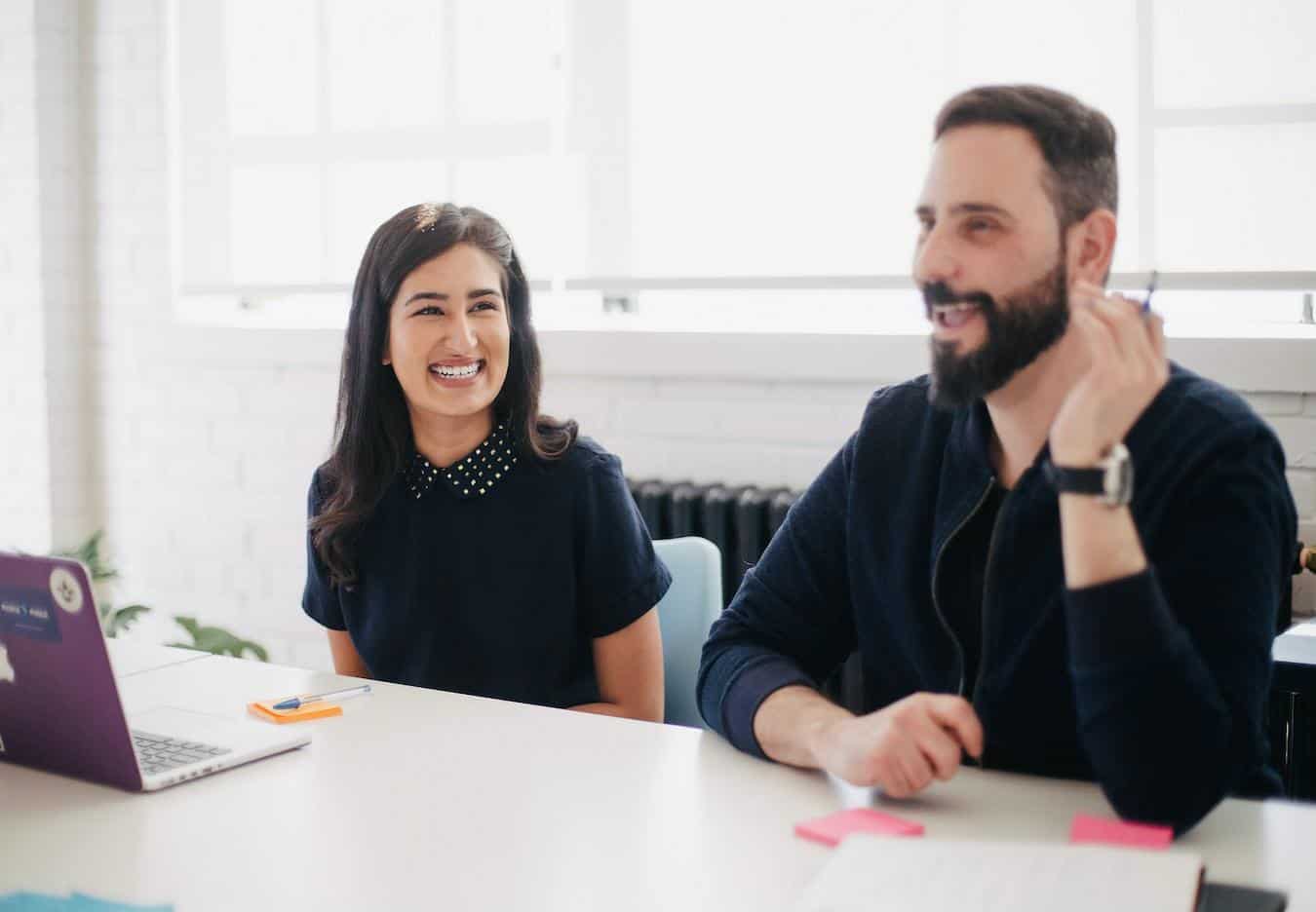 The Irishman then proceeded to call the owner of the bakery and says, “Sir, I want to show you a magic trick.”

The owner was intrigued so he came over to see the magic trick. The Irishman asked him for a bun and then he proceeded to eat it.

He asked 2 more times and after eating them again, the owner says, “Okay my friend, where’s the magic trick?”.

The Irishman then said, “Look in the Englishman’s pockets.”

#7. A different take on “magic words”

A little boy wants his toy, so he walks up to his mother and says, “Mom, give me my toy.”

But the teacher gets upset, and calls the little boy’s mother and asks her to come in.

When the three of them are sitting in the room together, the teacher asks the mother, “Have you been teaching your son sarcasm?”

“Well, he asked for a juice box,” said the teacher, “and I asked him to say the magic words, and instead of saying please, he said ‘you’re thin and you’re beautiful’.”

Bonus: What Is A Corporate Comedian And How Can They Enhance Your Corporate Events?

#8. Another magic genie with a wish well-spent?

A man stumbles upon a magical lamp.

He rubs the lamp and a genie appears!

The genie says that he will grant the man only one wish, and that he has to pick from three choices.

The man says, “We all know that money does not bring happiness, and that popularity just makes you a slave to the whims of others, but wisdom is everlasting. I want to be the wisest man in the world.”

The Genie goes “poof” and suddenly the man’s face assumes a serene expression.

He sits down, rubbing his chin in thought.

Then he looks towards the genie and says, “I should have taken the money.”

#9. The perfect trick for a lousy vacation

During a recent vacation in Las Vegas, a man went to see a popular magic show. After one especially amazing feat, a man from the back of the theater yelled, “How’d you do that?” 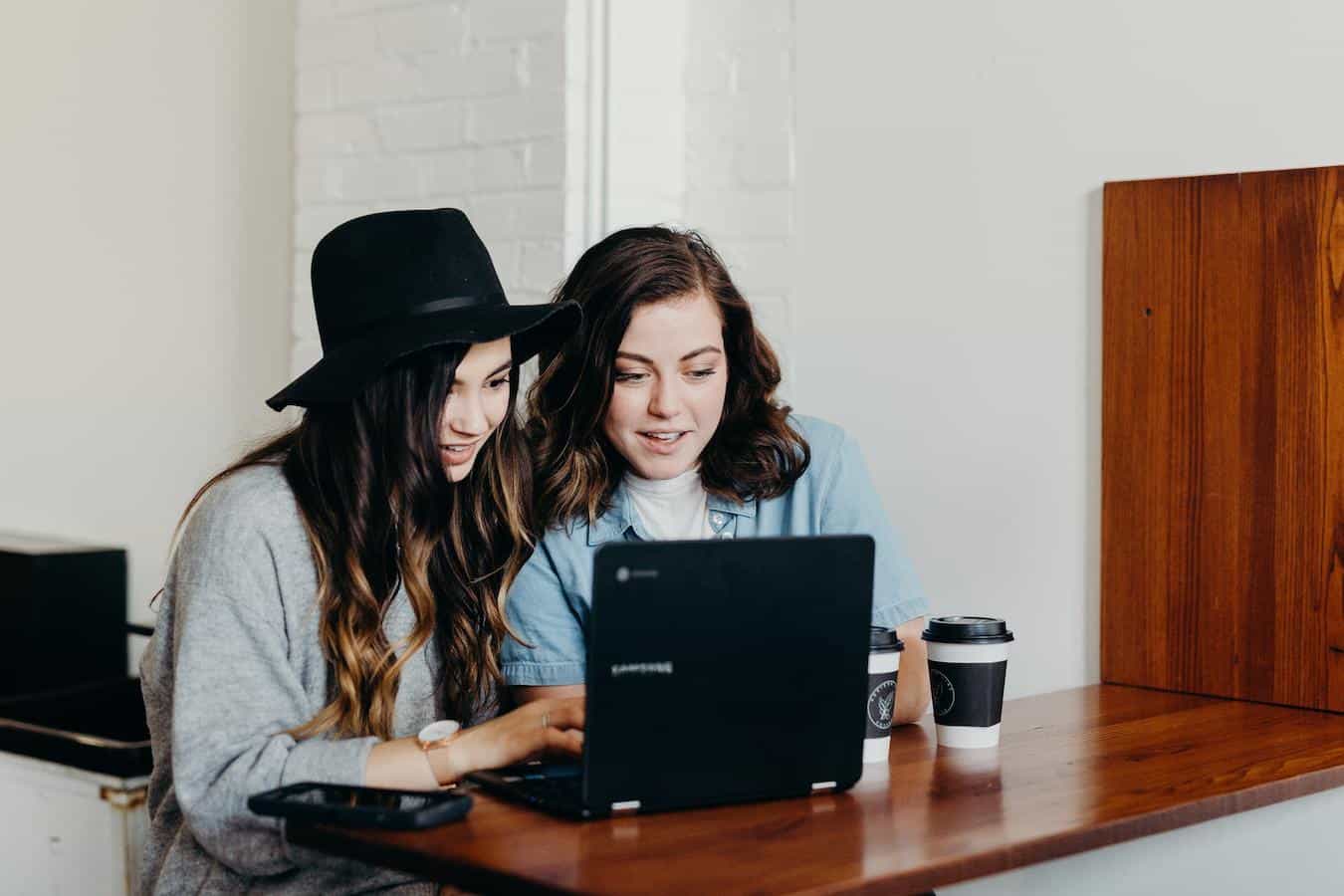 “I could tell you, sir”, the magician answered, “But then I’d have to kill you.”

After a short pause, the man yelled back, “Ok, then… just tell my wife!”…

#10. You’ll want to remember these magic words for the rest of your life

A man sat at home. His son walked in having just had a terrible day at school.

His son asked, “Dad, how can I make it through tough situations?”

His Dad replied, “Son, remember these two magic words. They will open up the doors in your life… Push and Pull.”

Bringing corporate entertainers and magicians into the office does far more than simply entertain. It can bond a group of people together and remind them to have fun with the work at hand. 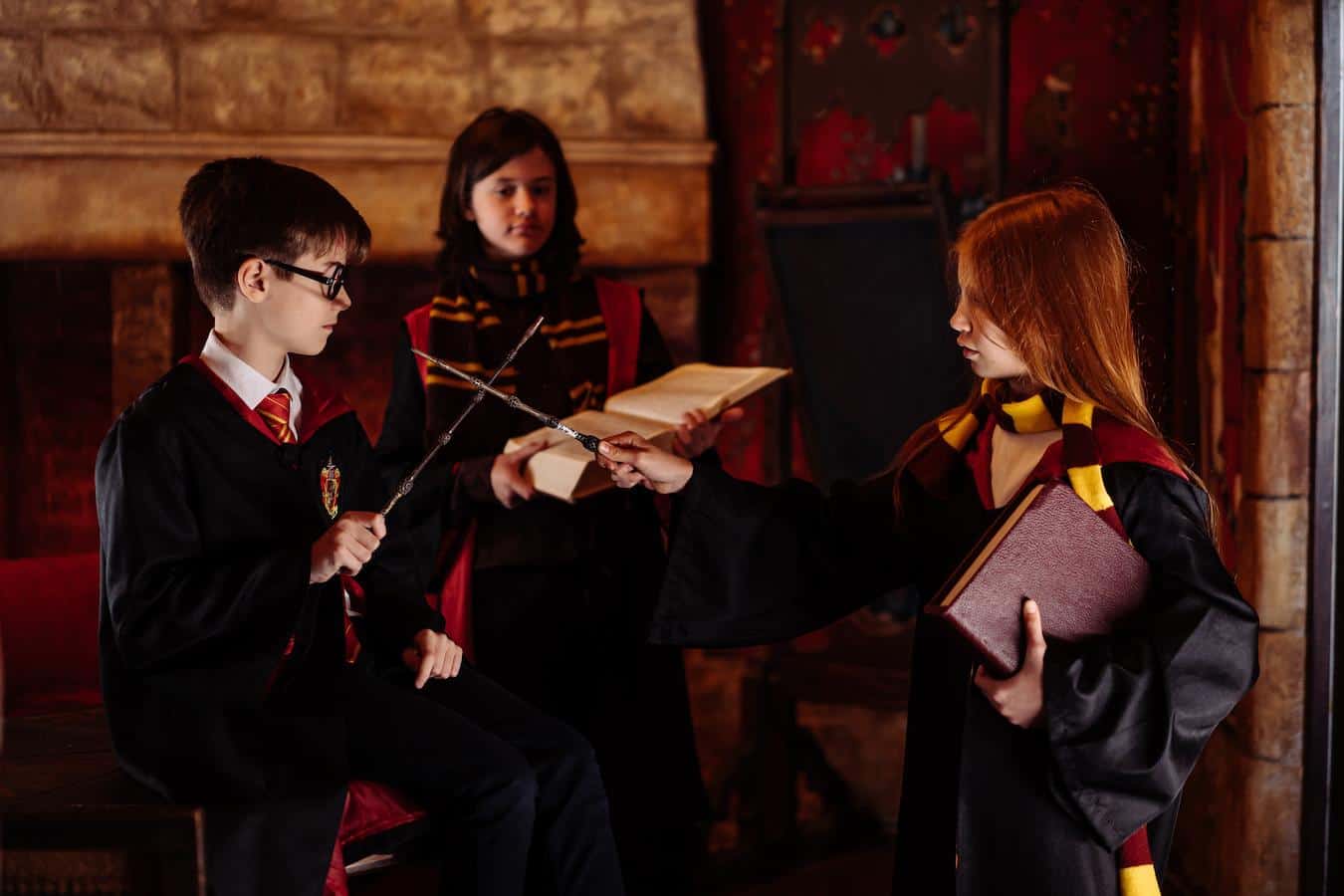 These jokes are just a small dip into the magical pool you’re in store for when you hire a magician speaker from Clean Comedians. Because we don’t want to give everything away.

That would ruin the magic of it! Puns aside, your corporate office can deeply benefit from a fun lunch break with a corporate entertainer or even just a couple of these jokes hanging around the office.

Either way, we hope we managed to put a smile on your face.

Keep Reading: How To Harness Humor As Community Engagement

25 Magic Jokes That Will Convince You Magic Is Funny
12 Ways Comedy Can Build Camaraderie Amongst Your Audience
How To Harness Humor As Community Engagement
What Is A Corporate Comedian And How Can They Enhance Your Corporate Events?
A Complete History of Comedy Magicians
Funny Quotes And Ideas To Motivate The Office
7 Strategies For Booking The Best Speaker For Your Event
Funny Stand Up Comedians You Can Watch With The Whole Family
What Are Soft Skills In The Workplace?
6 Funniest Female Comedians To Watch 2022