Humorist Vs. Comedian – What’s The Difference Between The Two? 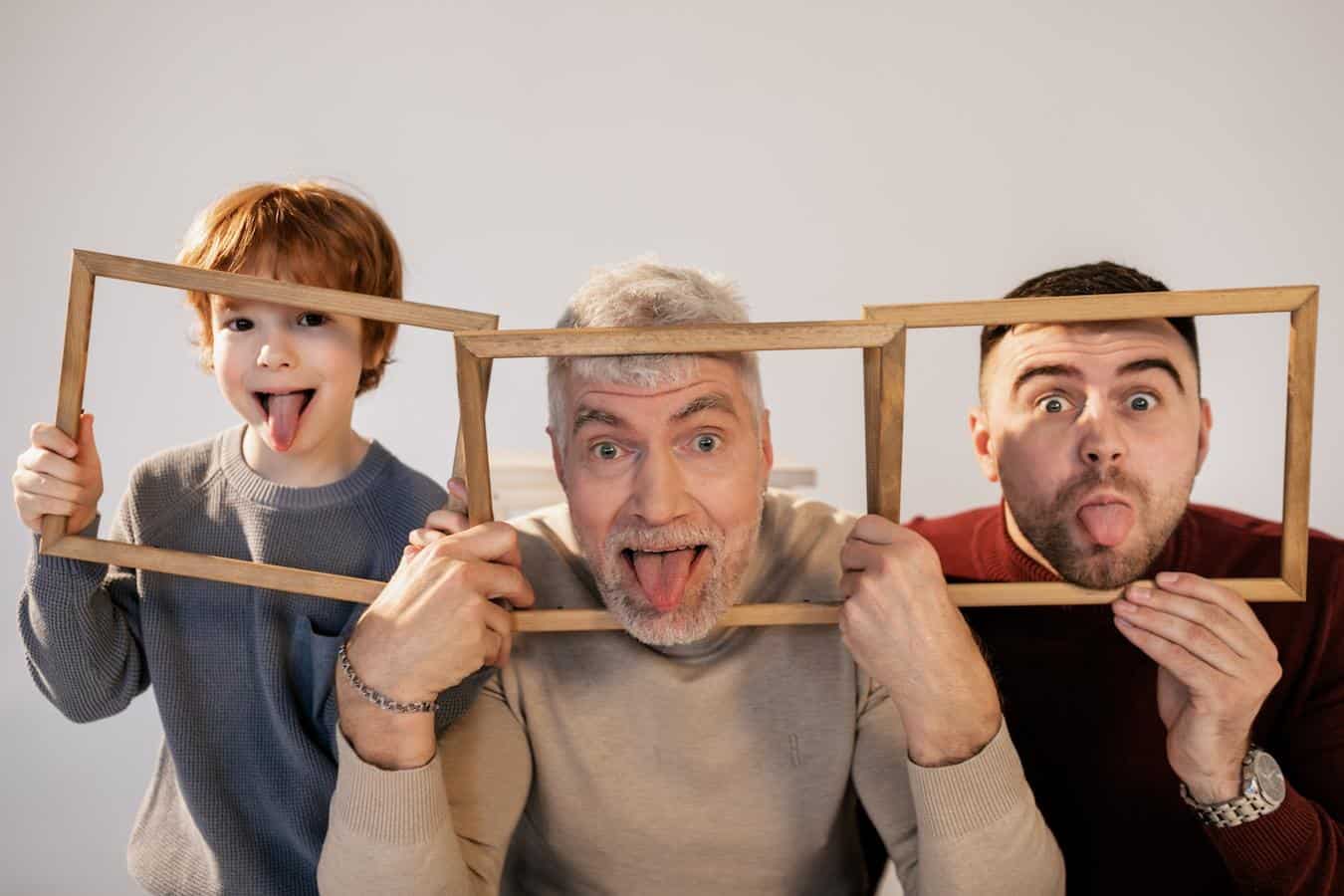 Humorists and comedians often get mistaken for one another. And it makes sense – they both deal with humorous material, right?

But according to those in the comedy world, the two could not be more different. So, let’s see just what the difference between a humorist and a comedian really is, shall we?

See Related: 12 Ways Comedy Can Build Camaraderie Amongst Your Audience

What is a humorist?

If you look up the term “humorist,” you’ll most likely come across something like this: “Humorist (noun): a writer of comedy or a person who finds humorous material in everyday life.”

This kind of definition is somewhat true. But it leaves much to the imagination of what a humourist actually is and does.

In our Clean Comedians book, a great humorist is someone who writes with a great deal of wit and pokes at the irony in politics, education, and other intellectual concepts and programs. But they aren’t necessarily entertainers.

This isn’t to say that a humorist can’t be an entertainer. In fact, there are several humorists who have written essays, novels, plays, radio shows, television shows, and more.

But at its core, a humorist is someone who utilizes their writing to make an audience laugh. They’re not necessarily the performers we equate with comedy performances.

What is a comedian?

Now that we’ve defined a humorist, let’s dive into what a comedian is. A comedian is typically someone who performs humorous material and is versed in public speaking and amusing an audience. 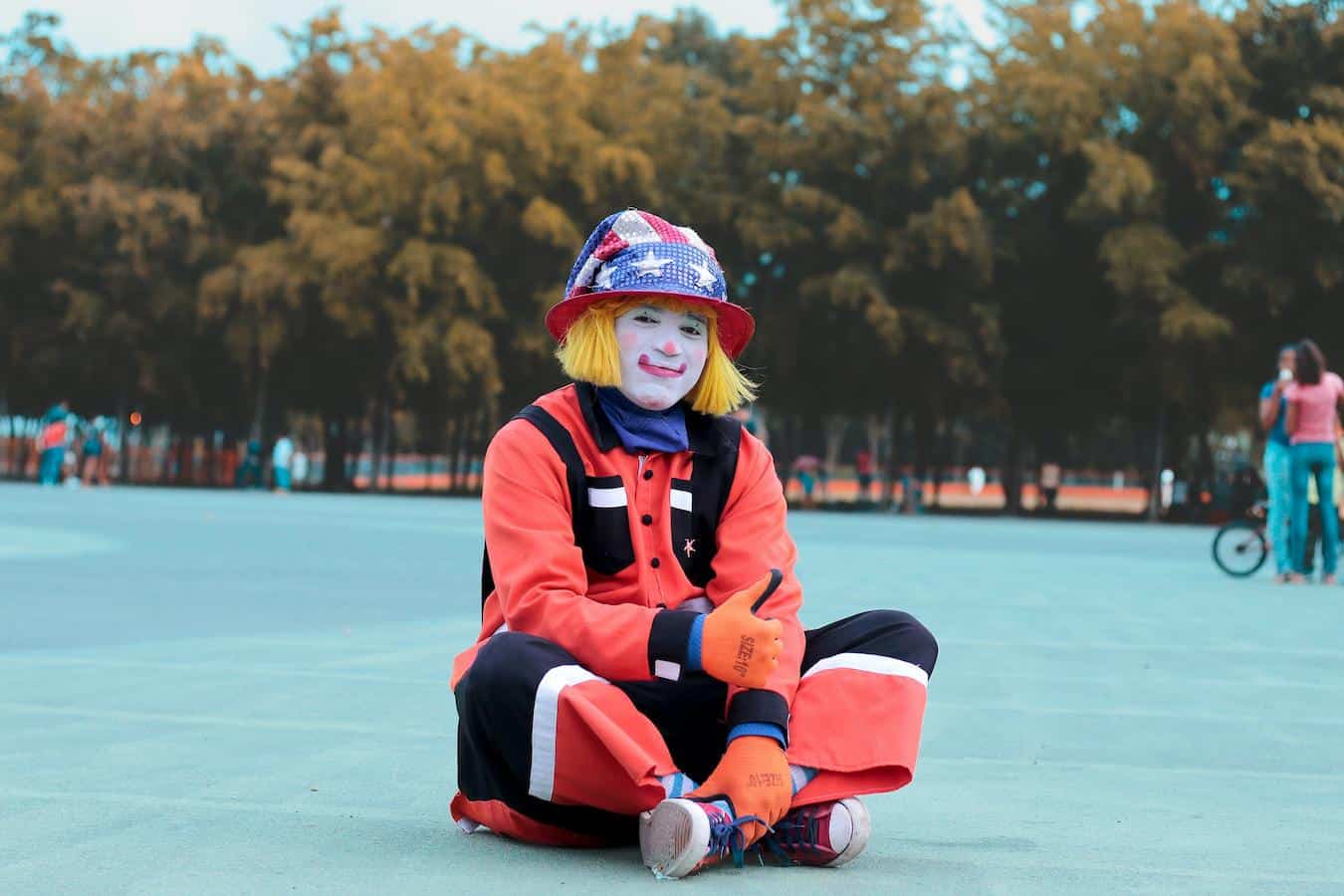 A comedian may write their own jokes. But it’s not uncommon for them to collaborate on jokes with other comedians as well.

What’s important to understand about a comedian is their role as an entertainer. In fact, many comics also get to add “actor” to their resume.

Ultimately, a comedian is deeply embedded in the entertainment industry. And not just as someone who writes, but someone who acts, speaks, and performs in a humorous manner.

The biggest differences between humorists and comedians

Both humorists and comedians alike are often characteristically humorous people. But let’s take a look at every difference there is between these two types of folks.

#1. A humorist is a writer of comedy

Telling jokes is one thing. But writing words that string together a humorous story with amusing undertones throughout is a tell-tale sign you’re in the presence of a humorist.

Mark Twain is the perfect example of a humorist (and corporate entertainer – but that’s another article). His craft not only included writing stories or short quips, but also acting as a novelist, lecturer, business entrepreneur, publisher, and even playwright.

At his core, he was a writer of words. Not necessarily telling jokes.

#2. But a comedian is an entertainer who performs humorous material

A comedian is someone who performs humorous material. But even more so focuses on eliciting instantaneous laughter from an audience. 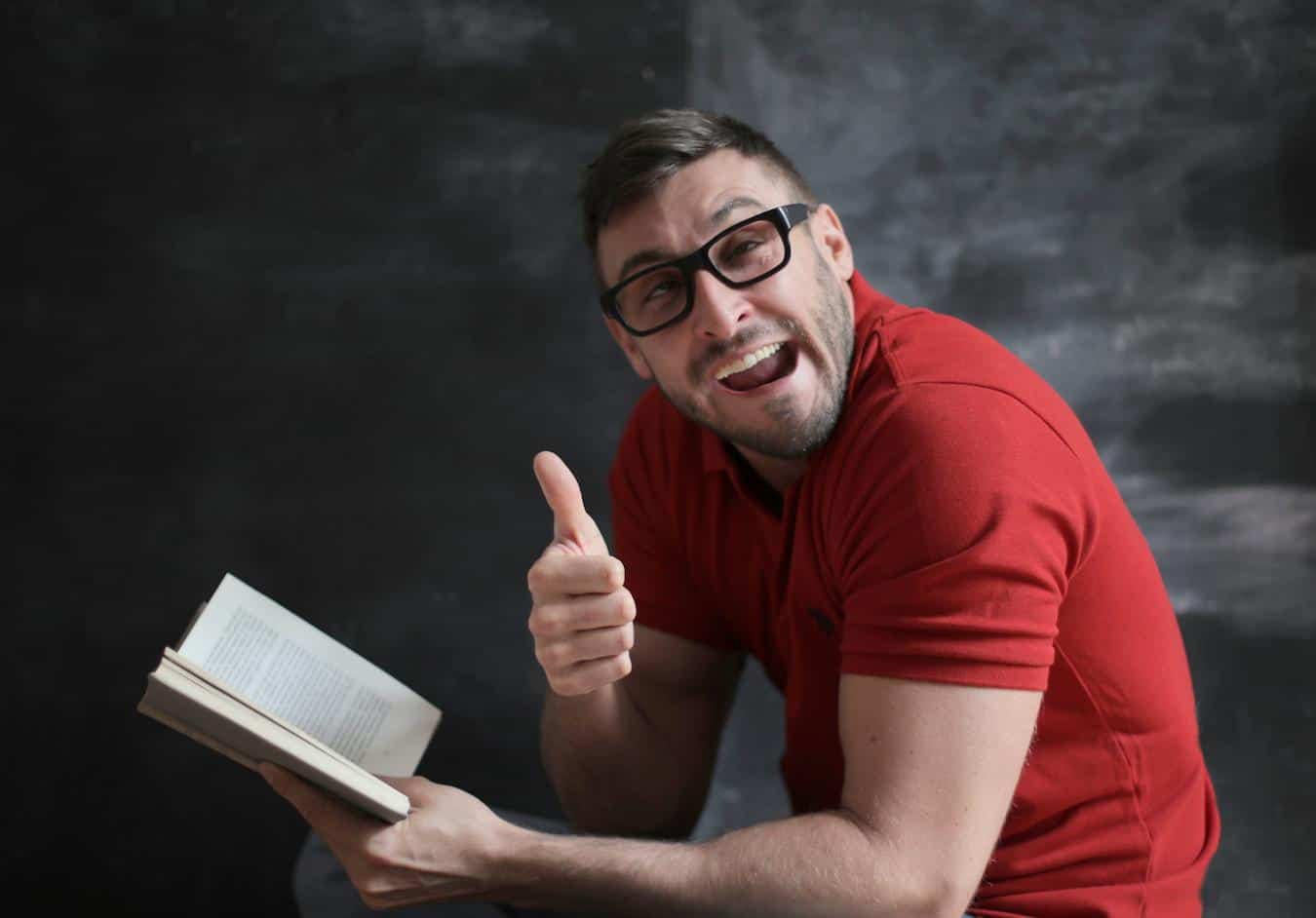 A standup joke doesn’t work unless it gets an immediate laugh. Otherwise, it’s just one of those jokes that goes over peoples’ heads.

But a comic or comedian like Chris Rock knows how to land humor immediately. That’s what makes the stuff of a comic act.

This is not to say that a humorist writes material that doesn’t make people laugh. But rather, a writer of characteristically humorous material can go deeper than a comedian can in a 5-minute set.

There’s funny material that a comic can write. But the difference is that a humorist may augment their work in a more intellectual sense, giving presentations at colleges, conventions, or even writing for newspaper articles at a time.

#4. A comedian’s job is telling jokes during a stand-up set

Telling jokes in a humorous manner is no easy feat. In fact, connecting with an audience almost immediately is one of the most difficult parts of being a comedian for hire. 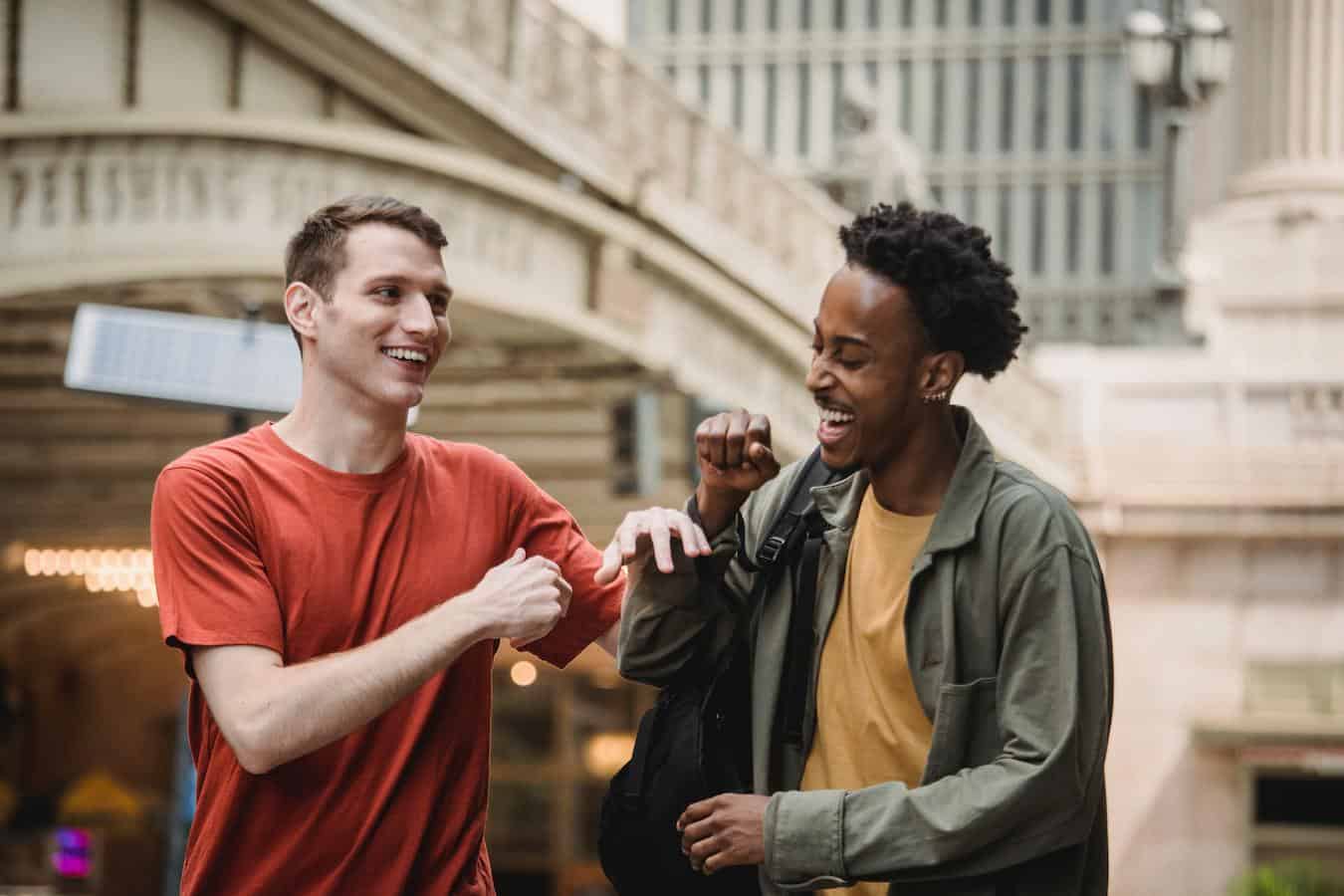 Because a comedian needs every person in the room to trust them. Whether it’s in the green room or out on stage. Their ultimate goal is always to make people laugh.

#5. A humorist does not always take the stage

Some of the funniest humorists are not performers. But this isn’t to say that some humorists haven’t gone on to become an actor or comedian in their own right.

While a comedian focuses on performance, a humorist focuses on words. And not necessarily how those words are delivered in a humorous manner.

But rather what those words leave the reader feeling at any point in time. It may not necessarily be an immediate response from something that person writes. Maybe it’s a thinker that requires further deliberation.

#6. A comedian is always the deliverer of the written word

Many folks in the comedy world have gone on to focus simply on writing humor whether through screenplays, television shows, or otherwise. But typically, that kind of person will always fall back to stand up where they began.

Amy Schumer is one of the best examples. She’s gone on to produce and star in Hollywood blockbusters. 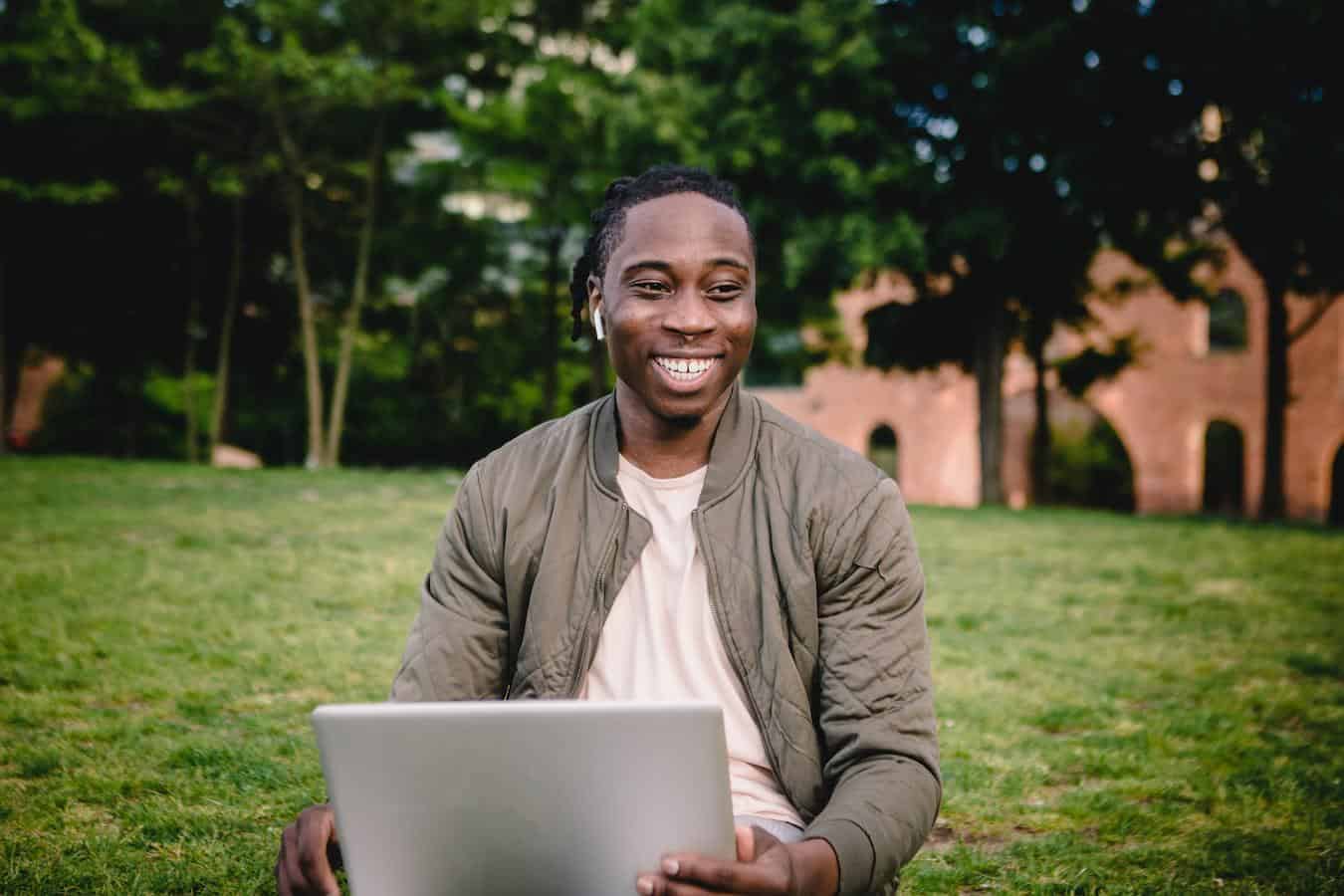 But she continues to perform stand-up at local clubs on a regular basis. That in and of itself is a craft that requires continuous tending to.

#7. But both humorists and comedians aim to elicit laughs from the everyday trials and tribulations of life

While there may be many differences between the two, a humorist and a comedian have the same goal in mind: to find comedy and humor in everyday life.

Their material may range from fun to amusing. But ultimately, they’re the kind of person you can count on to find the humor in any situation.

Understanding the difference between humor and comedy may seem jarring at first. But with time, you’ll be able to identify what kind of a person it takes to either be a humorist or a comedian.