How To Do Stand-Up Comedy 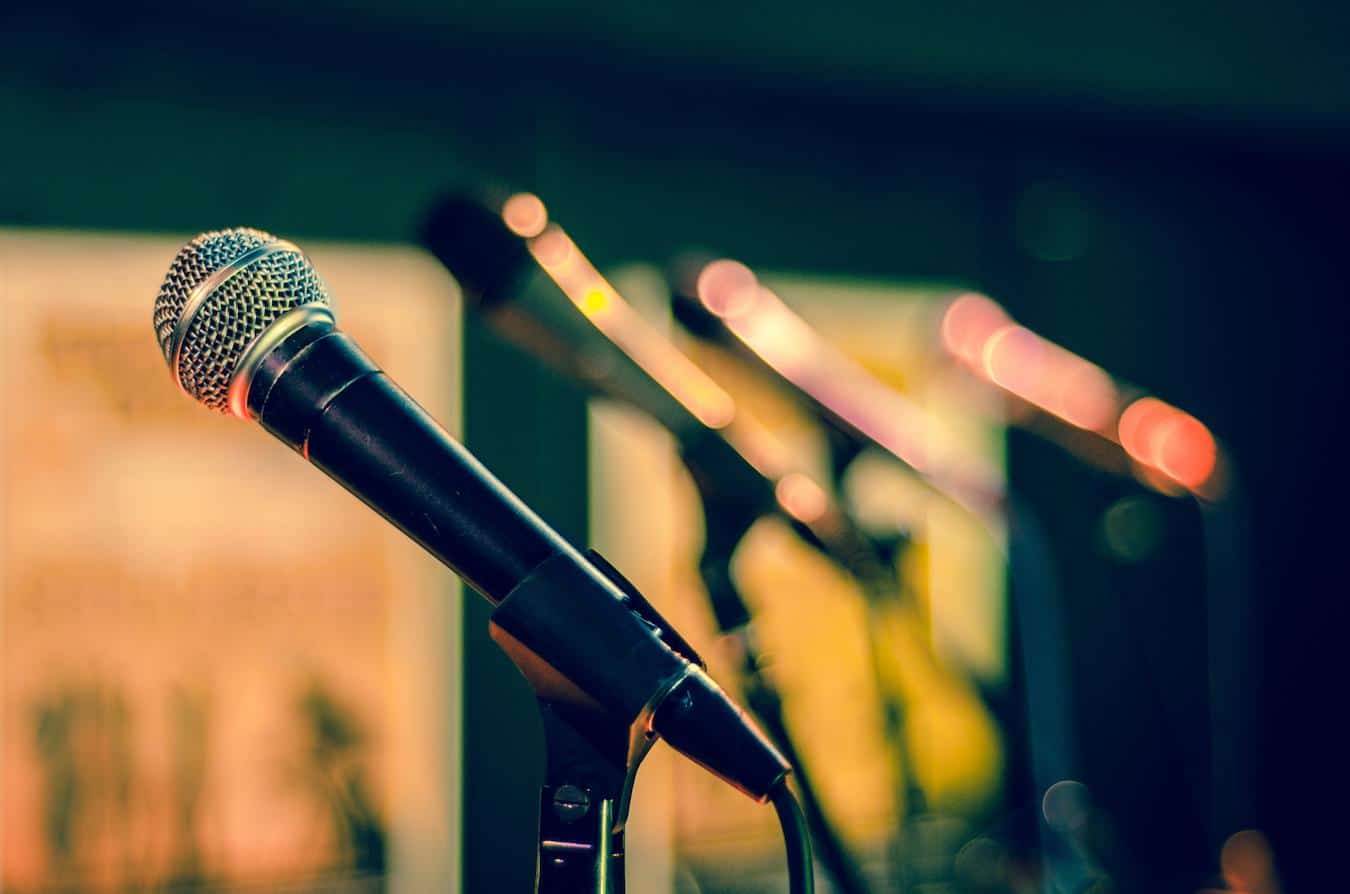 Many will mistake stand-up comedy for something easy. But it is an art form that takes a lot of time and practice to master.

A stand-up comedian must be a solid performer. But they also have to be a prolific writer.

They must know how to read the audience and pivot when a joke goes awry. And they must be constantly coming up with new material for their next set.

The rewards of getting involved in stand-up comedy are boundless. It can give you more confidence in your everyday life.

And the commitment it requires will discipline you in ways you’d least expect. That being said, doing standup, especially for the first time, can be daunting.

So below are some tips for beginners to get started. The world of standup comedy is waiting. 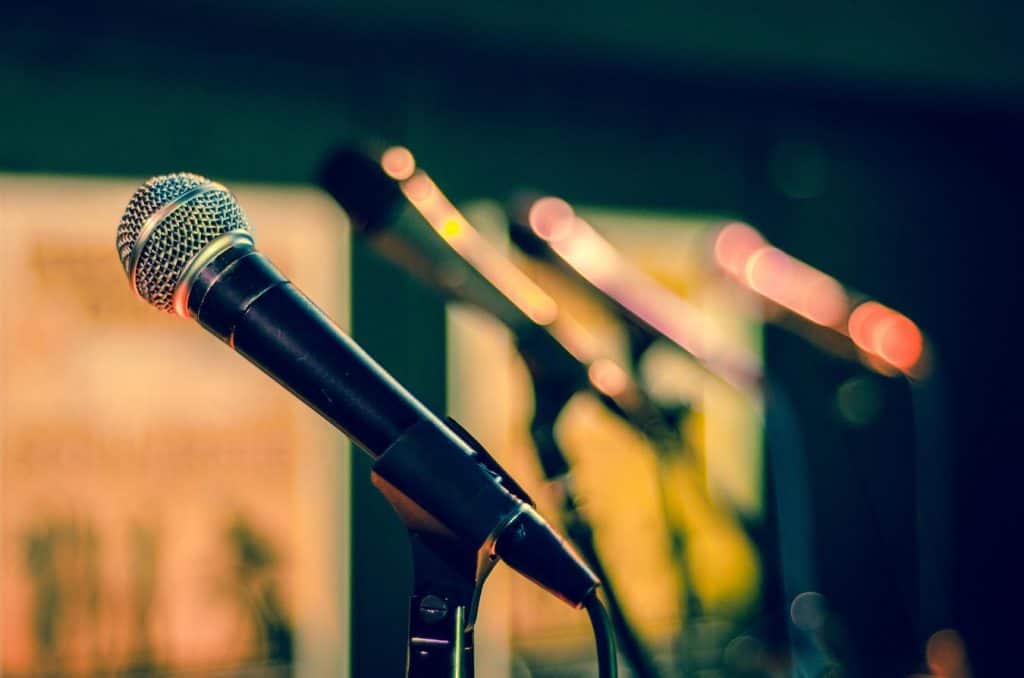 See Related: How to Write a Stand-up Comedy Routine

Standup doesn’t start on the stage. Instead, it starts in the audience.

This process begins with a lot of preparation. But this is all to inform your performance later down the road.

Seriously. Get a notebook and just start writing.

Write down anything that you find funny. Start to dissect what makes you laugh and why.

You don’t have to know how to craft a joke immediately. But the more personal material you dig into, the more content you’ll have to pull from later on.

Use this notebook to write down other observations as well. Observe other comics on stage and take notes of their structure and ideas.

Get a sense of how the crowd reacts to these comedians and why. This notebook will serve as your brainstorming space.

Not every idea is going to be a good one. But the important part is that you started writing, so now, you have somewhere to go.

A comedy class can provide you valuable feedback. An instructor can take you through the steps of writing and editing an entire comedy routine.

You’ll also make connections with other aspiring comics as well. And this will all help you learn from your peers while strengthening your own material.

But some prefer to learn outside of a classroom. Instead, they’ll head straight to an open mic.

Open mics are a must for any comedian. Both beginners and veteran comedians gather to perform a stand-up comedy set.

They get to try out new material. And most often, open mics help them determine what their best material is.

But for a beginner, it’s best to watch an open mic first. Sit in the back of the venue to watch the act.

Notice when people laugh and when they don’t. Observe how the performance is structured overall.

But don’t take notes in your notebook at this time. Just take in the atmosphere of the audience members and be present for the comics on stage.

Afterward, introduce yourself to the host or other comics. Thank them for the show then head out.

It’s best to express your gratitude without lingering. This way, you’ll put your best foot forward for your upcoming set at the club without making too strong an impression. 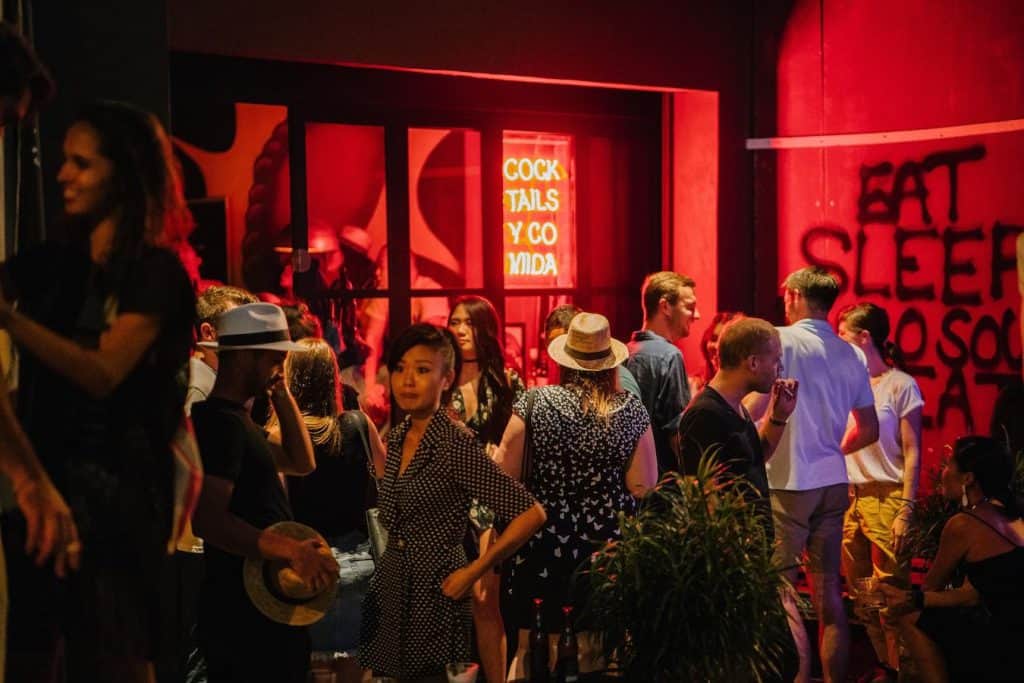 By this point, you should have enough comedic material to craft a set. In it, make sure that every joke flows into one another.

Below is a guide to the elements involved in a stand-up comedy set. Be sure to include each element and pay close attention to their significance:

To start, fit all of these elements into five minutes. A five-minute set is the most standard time for open mics.

You might be thinking that five minutes doesn’t seem very long. But when you’re onstage, five minutes can feel like an eternity.

Get familiar with your set by rehearsing it. You don’t have to rehearse in front of people. The corporate entertainers of the world are seasoned veterans, and know that you’ll get their in due time!

You don’t even have to rehearse in front of your friends. Try going someplace private to do your set and interact with an invisible audience.

It might feel stupid at first. But it can help you get out of your head before you hit the stage.

The point is to know your set backward and forwards. This way, you’ll have something to hold on to when the pre-performance jitters set in.

Now it’s time to get laughs from a live audience. Choose a venue you’ve visited before, preferably one that you’ve attended an open mic at.

Each open mic will have different rules. So for your first time performing, make sure you understand the environment you’re getting into.

Typically, you’ll be given 3-5 minutes to perform. If you only have 3 minutes of material, that’s fine.

You can always end your set early if you need to. Just gracefully say, “That’s my time,” and leave the audience laughing.

But make sure you don’t go over five minutes. It’s disrespectful to cut into other comics’ time. And the host and venue will be sure to remember you for it as well.

For beginners, you can choose to invite your friends for support. But some prefer to test out their set on complete strangers before inviting anyone close to them.

If your performance wasn’t successful, don’t worry. You are going to fail. That’s a given with comedy.

But the important thing is to learn from it. Let those failures inform your next time up on stage.

One bad night will not determine your career in comedy. But your willingness to carry on in the face of failure will.

Edit your joke writing to better fit your style. Or get comments or feedback from friends who attended.

In fact, ask a friend to film your set. This way, you can watch your performance back and see what punchline got the best laughs.

Your first time in front of an audience doesn’t need to be filmed. But once you get the hang of open mics in general, you’ll learn that it’s a space to explore.

No comic made a career out of stand-up overnight. These last two steps are the bulk of one’s comedy career. 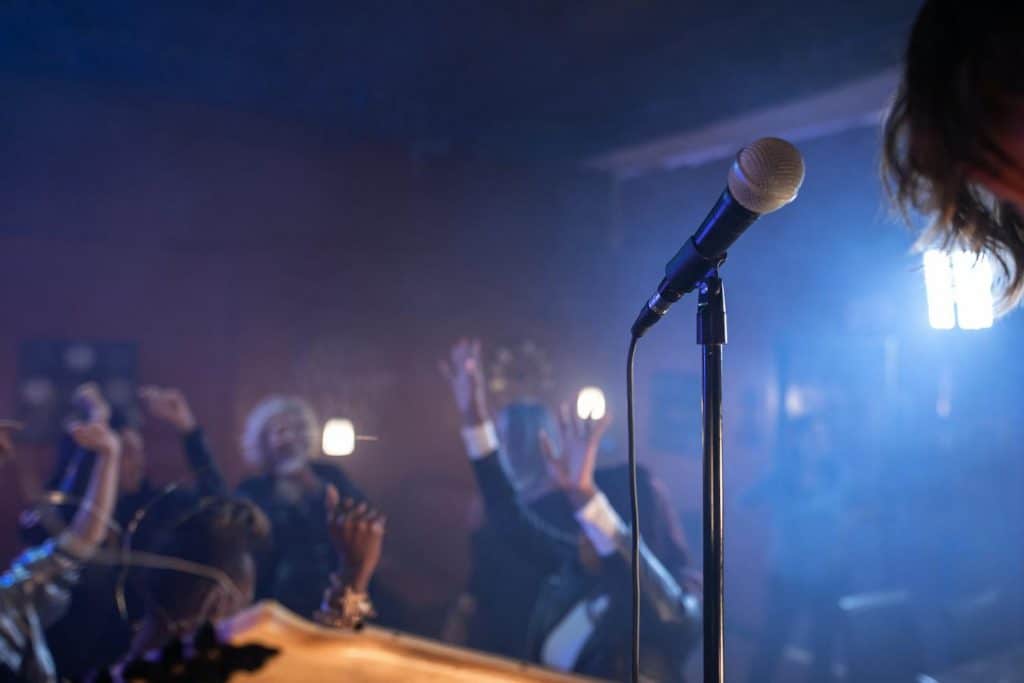 Stand-up comedy is not for the faint of heart. The steps above are just a couple of tips to get you started.

But the real show of dedication is keeping on. Your comedy routine will only benefit from more performances.

And after each one, you must evaluate your jokes. You might find one particular joke to be funny.

But audiences will be your ultimate editor. Try the joke a couple of times.

But if it doesn’t get a laugh, cut it. What people find funny is subjective.

So don’t take it personally when an audience doesn’t laugh. Just keep on writing jokes and doing the work.

Over time, performing will feel like practice for the next set. And there are always new things to learn from every routine.

Below are some key ideas for any comedian to keep in mind.

Stand-up comedy jokes are deceiving. Many will believe that content is king.

But the structure of a joke is far more important. To get hired as a comedian must be able to write and deliver a setup and punchline.

More often than not, a successful joke is about rhythm. A comic and their timing must hit the mark in order to deliver jokes that are funny.

But focus on the structure over the content. This will take your stand-up comedy to new heights on stage.

Stand-up comedy jokes actually benefit from your personal take on life. There are plenty of comedians out there who can tell the same joke.

In fact, there are comedians who joke about similar things. But the way they joke about these things is personal and unique to them.

Adding in your personal flair is what makes your joke original. Your routine is no longer just funny.

It’s funny because it is intrinsically tied to who you are. This can take years for a comedian to master.

But that doesn’t mean you can’t start now. So take a page out of your own book and look at what makes you funny.

What do you have to offer that other comedians don’t?  How can you make your voice stand out from the rest? 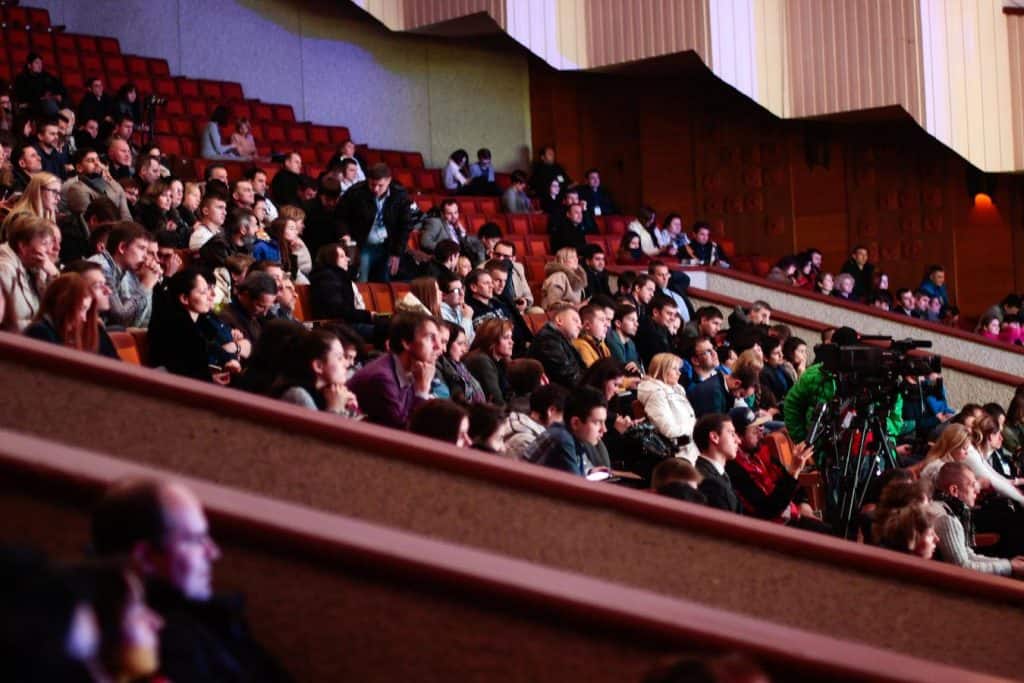 #3. Talk to your audience

This insight seems pretty obvious. But talking to the audience goes far beyond just telling them a joke.

Audience members will feel what the performer feels onstage. So in talking to them, give them an idea of how you want them to feel.

Some comedians get on a stage and just want to be heard by the audience. But better comedians take joy in talking to the audience in the first place.

Stand-up comedy jokes are meant to incite laughter. But the comedian must enjoy inciting that laughter too.

Without that desire to want to talk to the audience, a joke is just a joke. What makes a comedian stand out is their ability to get the audience excited about what they’re saying.

Over time, your stand-up routine becomes just that – a routine. But always remember that you can return to the basics if you need a refresher.

Watch other comedians. Study your favorite ones on television.

Material for stand-up comes from life. So remember to live it first before being all-consumed by your comedy career.

Jokes are ever-evolving. Observe new comedians on the scene and how they choose to deliver their material.

As a comedian, it’s important to keep learning. So don’t be afraid to take a backseat every once in a while to watch others take their first step onto the comedy stage.

It’s only natural to be nervous before a show. But don’t think that those nerves aren’t there to help you.

Nerves get you engaged and ready to perform. They give you that first boost of energy that keeps you focused and connected.

Nerves can fade over time. But that can lead to a comedian thinking about what they’re going to do tomorrow in the middle of their set right now.

So welcome your nerves like friends. Don’t tell them to hide and run away.

Instead, let them uplift your jokes. More often than not, the audience will only see your nerves as a form of excitement. 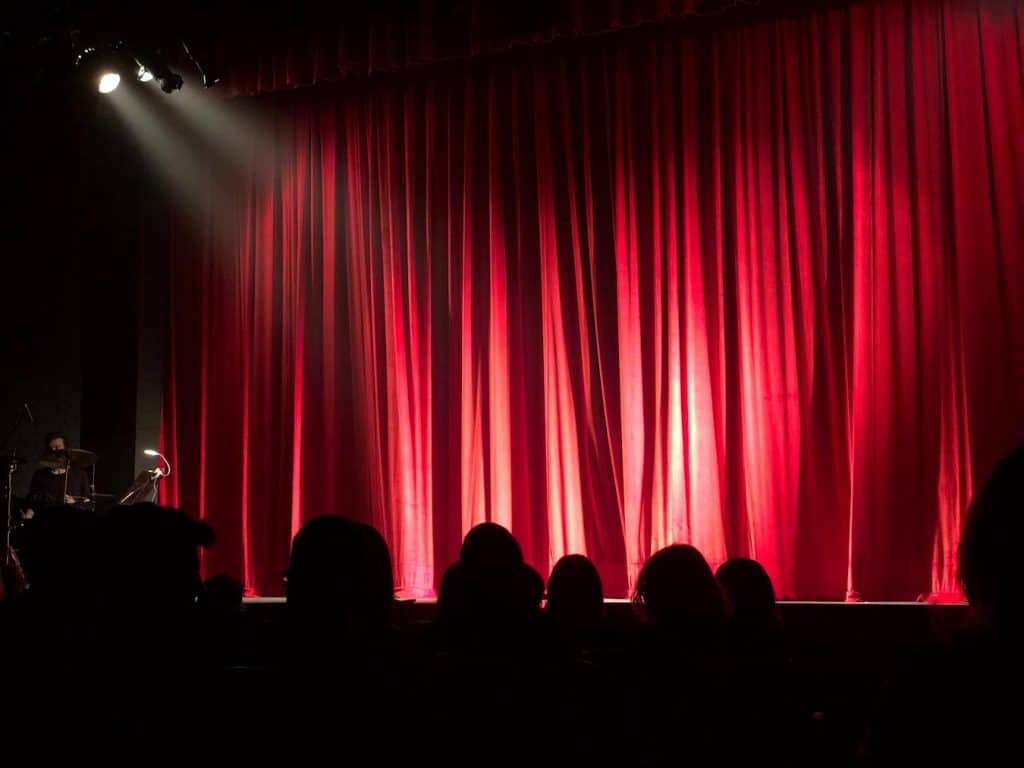 Becoming a stand-up comedian isn’t as easy as you might think. But that only makes famous comedians all the more impressive.

Each of them took years to hone their unique style. And it’s likely that they continue to attend open mic events to test out new jokes on new audiences.

Just remember that stand-up comedy is a process. Just because one bit doesn’t go over well with a crowd doesn’t mean your career is over.

More than crowd work, comedy is about continuing the work. So keep going in your journey to become a stand-up comedian and do yourself proud.

Keep Reading: What’s the Difference Between a Virtual and Hybrid Event?

Adam Christing is a professional comedy magician, virtual MC, and the founder of CleanComedians.com. He is a member of the world-famous Magic Castle in Hollywood and a popular comedian, magician, and virtual speaker.