How Long Are Comedy Shows? 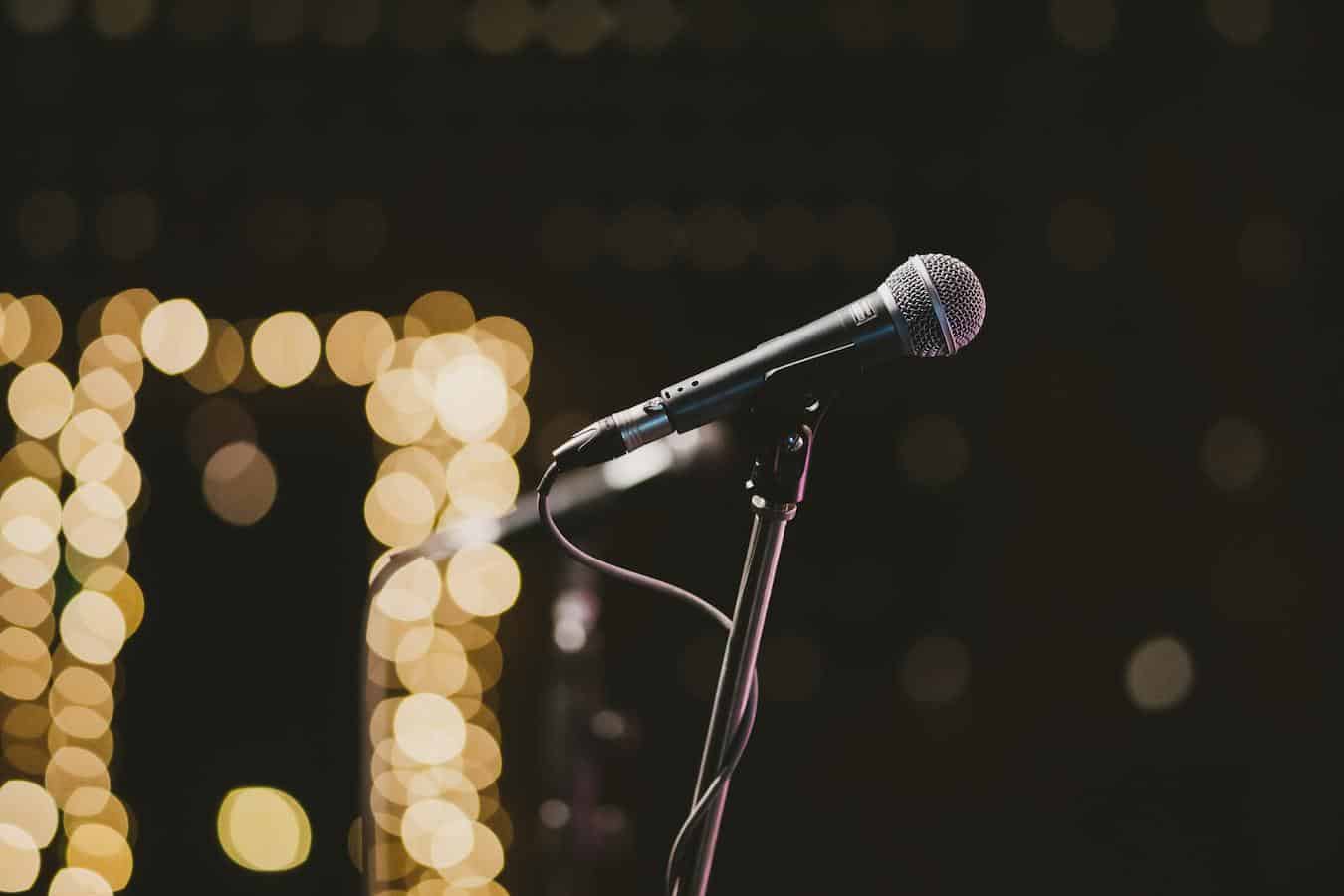 Everyone loves to laugh. But you know that moment that even a comedy show starts to drag? Yeah, even laughter knows when it’s time to move on.

That’s why comedy shows have specific time requirements and durations. Typically, even with a warm house, audiences will start to tire around the half-hour mark. So for comedians, it’s important to know how long to make a set.

This will help them read the room when energy dips. And they’ll know to plan their sets accordingly.

But the length of a comedy show varies. An open mic will have different specifications than a set comedy show. The purpose of the event will often determine these schedules.

So follow these tips below to get a feel for the breakdown of each. And you’ll know what to expect whether attending or performing an open mic or full show. 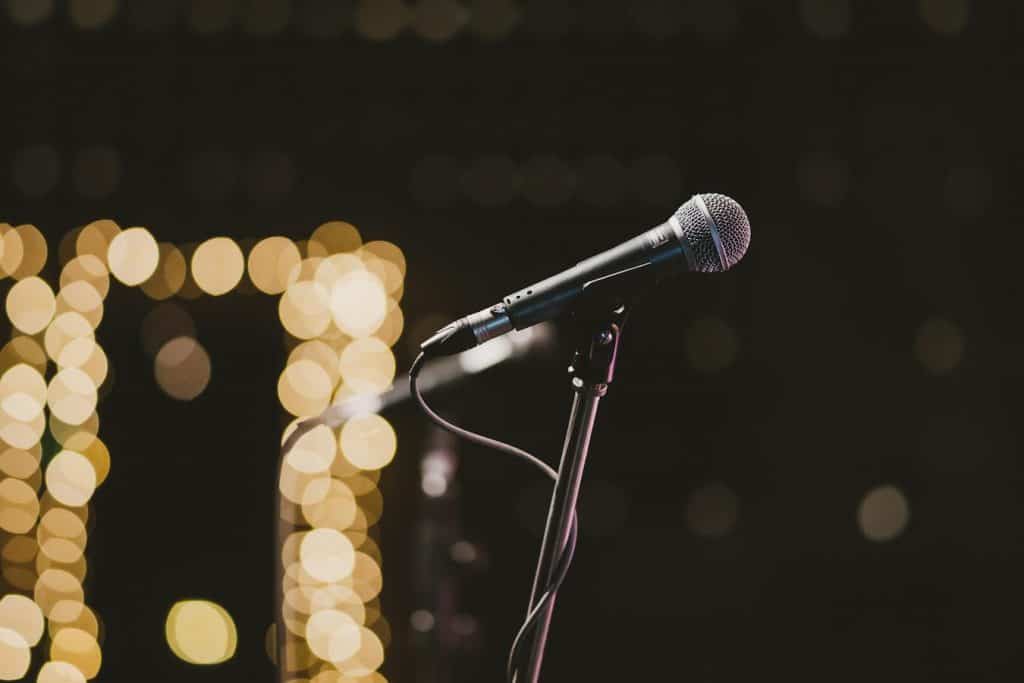 See Related: How To Do Stand Up Comedy for the First Time

Open mic shows are a great way for new comedians to dip their toes into the comedy scene. While professional comedians can still attend open mics, it’s more likely a venue for beginners.

At open mic shows, comics will have about 3-5 minutes on the stage. This gives them enough time to say their piece while still showcasing many comedians to come. And audiences know to expect these short performances.

While the individual sets might be short, the whole gig itself can be rather long. Some open mics can go on for one hour or even two hours. It all depends on how much time the clubs want to keep their stages open.

Additionally, the event could continue post-performance. This is the best time for folks to mingle and network. So if you get called to do a gig similar to this, expect to talk about the show after it’s finished.

Open mic gigs generally do not pay their performers. So it’s also likely that the audience is made up entirely of friends and family. But this is what makes open mics a great place to test out new material and boost confidence.

It also helps to give you answers on some bits you’re still working the middle out of. So while you’re not getting paid, you’re earning a lot of valuable insight.

At first, you might be thinking that 3-5 minutes is too short. But for new comedians doing their first show, five minutes can feel like an eternity. So the time constraint actually works in their favor.

Each minute, you’re forced to get to the point. Your bit has to be concise. And your sense of timing has to be just right.

Breaking Down a Five-Minute Set

Being able to write and perform a tight 5-minute set is crucial for any comedian. But with a sublime arrangement, you can get the most out of those few minutes.

Open mic sets are far easier to break down. But once a comedian has garnered enough experience, they’ll know how to formulate a longer set without making it feel long for the audience.

An example of a typical paid stand-up comedy show is around 90-120 minutes. But it all depends on how many acts are being showcased. Below is a standard show order for a comedy night show with 2 to 3 comedy acts.

The guide above is not for every stand-up comedy show though. In fact, this format is more typical of a show in comedy clubs on a Saturday night.

But, as you can see, the MC or master of ceremonies is a crucial part of the show throughout. So choosing the right MC will be integral to the night’s overall success.

Bonus: How To Boost Your Employee Morale with Corporate Events

The material of comedy shows will vary greatly depending on their venue. So the search for a great MC begins. Despite popular belief, an MC doesn’t actually need to be funny.

They just need to perform the role of host and ensure that the line of performers runs smoothly. That being said, whether an MC is funny or not will depend on the kind of event that is being put together.

Below are some questions that will help you formulate the best example of an MC. Consider these questions when on the search for the right person for this gig.

All of these questions are important to answer. But most importantly, the MC should be able to set the tone of the show altogether.

The MC will typically be the first person to warm up the room. But sometimes at these events, the MC is also the Opening Act.

In this case, the Opening Act/MC will have 10-15 minutes to perform their bit. This performance may include information related to the show as a whole. And their bit will still typically provide answers to any questions the audience may have.

So for the Opening Act/MC, the entertainer will have the job of providing both entertainment and information. And they still shouldn’t keep their bits too long.

The person in question will also introduce the Second or Middle Act and Headliner Comedian. But, other times, a stand-up comedy show will operate with a “tag-team.” This means that each comedian introduces the next in the line-up.

This “tag-team” arrangement is more common at shows that take place in comedy clubs. It helps to foster a sense of community among comedians. But things can go quite differently if you’re performing at a corporate event. 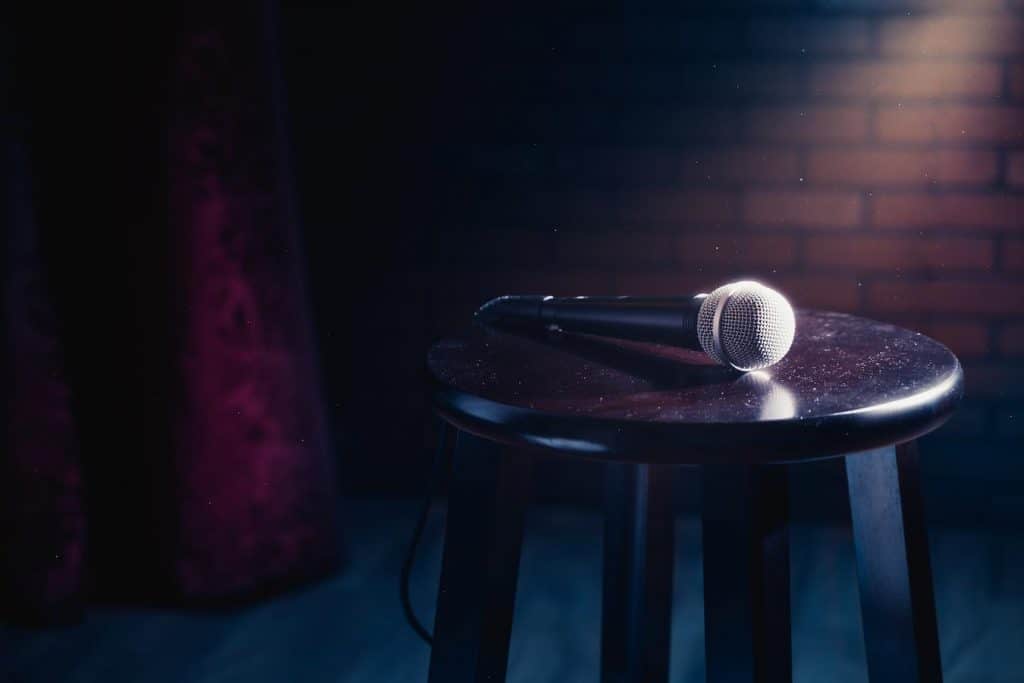 For corporate events, the MC may be someone who acts within the company. They will act as the bridge between the comedians and the corporate professionals. So the process of the show is more catered toward workplace professionalism.

Additionally, for corporate gigs, headlining comedians may only be asked to do a 15 or 20-minute set. This time constraint will depend on what the company wants to accomplish within their given time.

But more commonly, headlining comedians will have 30 minutes or even 45 minutes for shows at corporate events. Again, it all depends on what the company seeks to accomplish.

If you’re still confused about the length, here’s a general rule to keep in mind. The more experience one has performing, the more time they have to perform on stage.

So a long set will be reserved for a seasoned comedian. After all, they could make a show that lasts hours feel like five minutes.

The above information is apt for live stand-up comedy. But COVID-19 has made virtual platforms even more important than ever.

Understanding the difference between live comedy and virtual comedy is crucial. Stand-up comedy requires reading the room. So when there’s only a virtual room, the game changes quite a bit.

But don’t get too discouraged because there are many pros to a virtual comedy night! Since the event is virtual, you can reach more people.

No more worrying about the address of the theatre. Just look at your phone and watch a great performance happen live.

Additionally, virtual comics mean less of a chance of hecklers. You can certainly set up a chat room for audience members to talk. But you can ensure that folks won’t interrupt a set mid-performance.

Virtual comedy shows rely on choosing the right media platform. Comedy should still be interactive. But it can be difficult to replicate the live performance through a virtual stage.

Luckily, there are several media platforms to choose from. Zoom, Google Hangouts, and Twitch are a couple of popular platforms.

But the important thing will be making sure that a comic can still interact with the audience.

Comics feed off audience reactions. Laughter is a shared experience. So ensuring that a virtual event still feels personal will make the night a success.

But as we have learned about Zoom fatigue throughout the year, it is likely that virtual events may be shorter than live ones. With many already spending long hours at a computer, comedy shows should be a relief.

So if you’re organizing a virtual event or performing in one, just keep this in mind. Keep it new and fresh, but recognize when you and the audience need a break.

Ultimately, stand-up comedy shows can greatly vary in length. It can boil down to the venue, the event, or the audience. But more importantly, comedy is also something that should never be overdone.

These time durations can act to the benefit of the comic. Having to gauge the audience’s attention for so long and expect them to laugh is a difficult feat. So any opportunity to structure one’s time effectively will be helpful when on stage.

Stand-up comedy, at its core, is a relationship between the audience and comedian. So any length of time will need to meet the needs and expectations of both.

Keep Reading: List of Comedians Who Had Their Own TV Show

Adam Christing is a professional comedy magician, virtual MC, and the founder of CleanComedians.com. He is a member of the world-famous Magic Castle in Hollywood and a popular virtual comedian, magician, and virtual speakers for hire.

25 Magic Jokes That Will Convince You Magic Is Funny
12 Ways Comedy Can Build Camaraderie Amongst Your Audience
How To Harness Humor As Community Engagement
What Is A Corporate Comedian And How Can They Enhance Your Corporate Events?
A Complete History of Comedy Magicians
Funny Quotes And Ideas To Motivate The Office
7 Strategies For Booking The Best Speaker For Your Event
Funny Stand Up Comedians You Can Watch With The Whole Family
What Are Soft Skills In The Workplace?
6 Funniest Female Comedians To Watch 2022