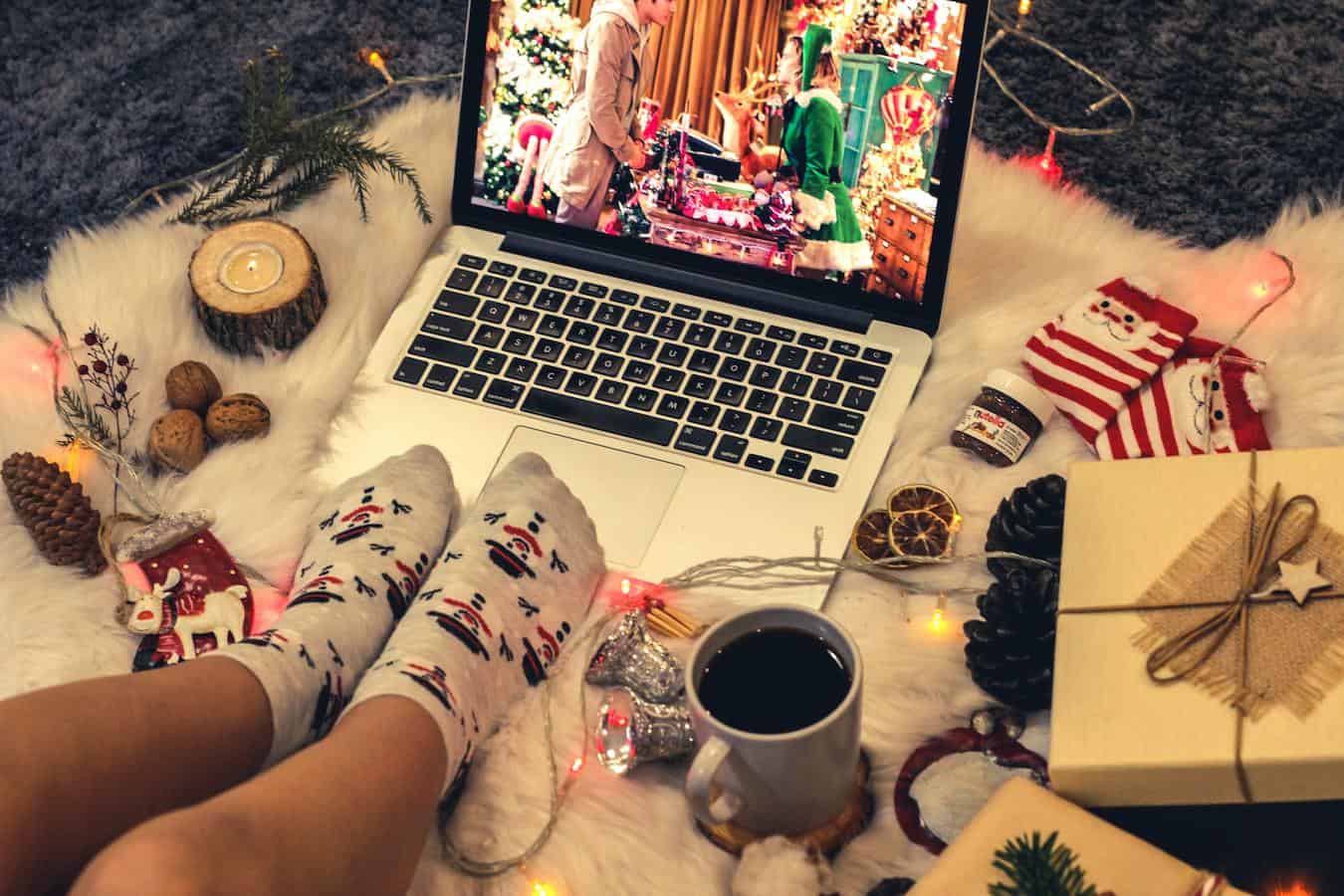 That’s right. We’re not going to start this blog post off with a cutesy little saying about how the holiday spirit makes us feel like jingle bells inside (even though it does.)

Nah. We’re going to try something a little different. Instead, we’re going to start this article with a little holiday season quiz.

So… what would win in a Christmas battle to the death? (Or food coma.) 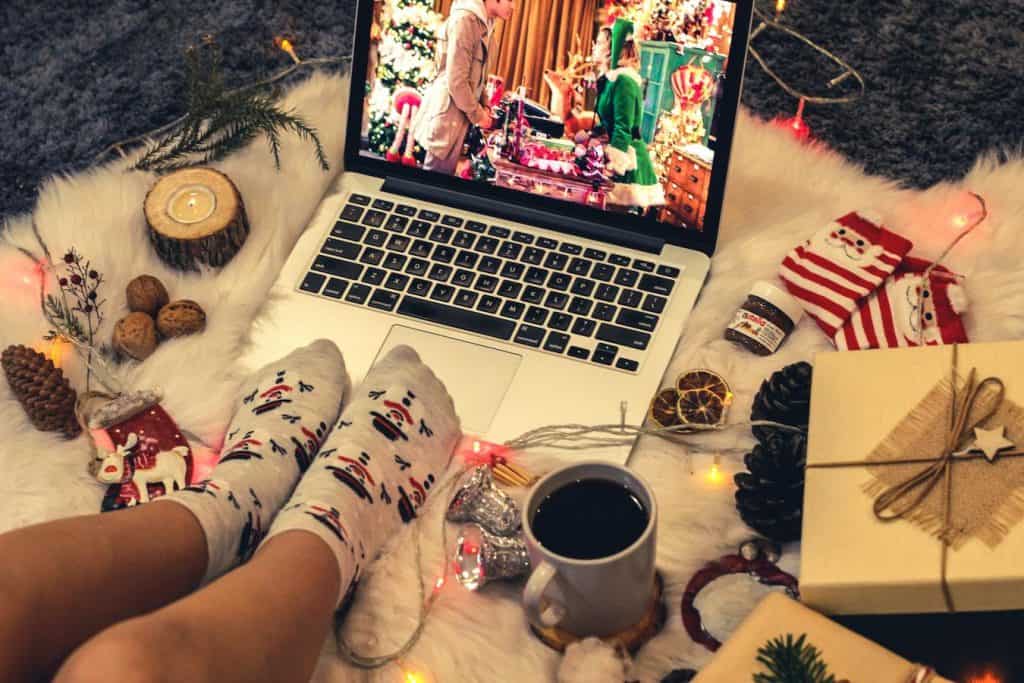 We’ll give you a second to choose. Even though there is literally one very obvious answer. And which one is that you might ask?

It’s D! Watching funny Christmas movies! Now, since it’s the giving season, we’ll give you the benefit of the doubt that you actually meant to choose D even if you chose A, B, or C.

But the point is this: D is the ultimate answer and nobody can tell us otherwise. Why? Because while holiday cookies, building a snowman, and drinking hot cocoa may inspire laughing, watching Christmas movies can guarantee it!

And what else is the holiday season all about? Well, that and giving back to others, peace on Earth, yada yada yada…

See Related: Virtual Holiday Entertainment For People Who Are Sick of Planning

But it’s true. It’s a Wonderful Life is, indeed, a holiday classic that has only become more beloved over time. And while you might not consider this on your list of Christmas comedies, just think back to that one moment where Uncle Billy stumbles and crashes, proclaiming, “It’s all right!“

Can somebody say slapstick comedy? Anybody?

Well, needless to say this would still make a smash as a holiday treat whether you’re watching with family, friends, or even coworkers. In fact, if this does become the movie to stream during your holiday office party, just have a virtual comedian provide commentary throughout!

That’ll definitely have you ranking it as a Christmas comedy for the books.

When it comes to reliving your innocence during the Christmas season, there’s no better choice than to watch A Christmas Story. Go on, follow the young boy Ralphie in his quest to not necessarily save Christmas but survive it!

Your whole family or office can enjoy this holiday movie as there’s simply something for everybody in it. No, seriously. A Red Ryder BB Gun, a leg lamp, a kid who gets his tongue stuck on a frozen pole?

Everyone will enjoy it! Ah, the perfect corporate entertainment you could ask for.

Perhaps one of the most ridiculous(ly amazing) holiday movies is National Lampoon’s Christmas Vacation. With a title like that, you know you’re in for one heck of a ride.

We won’t even begin to try and describe all of the crazy antics that go on in this Christmas movie. But we’ll leave you with this: “Think you might be overdoing it, Dad?”

(Only the diehard fans know. We see you. And we salute you.)

There’s no way we could make a list of holiday movies without including the one and only Home Alone. Although the prospect of getting left behind on a family trip to Paris seems terrifying as a child, this Christmas movie will have you gushing in the fun possibilities it brings. 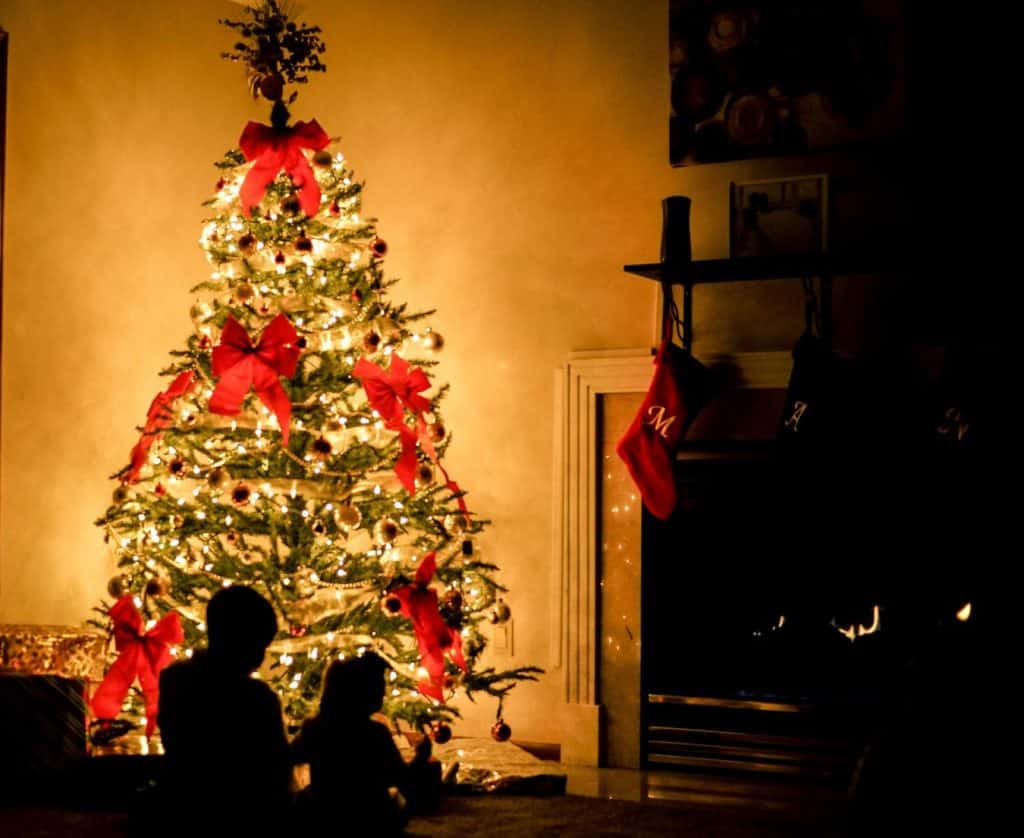 Well, that and the creative genius it takes to keep two con men out of the house. All it takes is a little gumption, a red-hot doorknob, paint cans, and some icy steps.

(Who knew it was that easy? Yeah, we better see you writing those tips down.)

This is one of those Christmas movies that really has everything. Divorced parents, the North Pole, Santa Claus, and, of course, Tim Allen!

Besides, if you’re looking for more than just one movie, then you can catch all three of these! Anybody up for a Christmas movie marathon? asked the virtual event host who absolutely killed it!

Who knew Arnold Schwarzenegger was funny? The producers and casting director of Jingle All the Way, that’s who.

This is one of those holiday movies that takes you down a number of unexpected roads, all with the same goal in mind: getting Turbo-Man even though it’s sold out and Christmas Eve.

As far as Christmas comedies go, you’ll definitely be impressed with the lengths this workaholic father goes to to make this Christmas a special one. And what makes this holiday movie even better? It’s chock full of clean comedy!

No, really. We were impressed with Schwarzenegger as a clean comedian. And coming from us, that’s saying a lot.

How the Grinch Stole Christmas

We’ll let you decide between the 1996 TV short and 2000 feature film with Jim Carrey. Because either way, you’re in for a fun ride.

Each of these Christmas movies will inspire you to look at your own Grinch-y ways and maybe grow your heart three sizes that day. Besides, who can say no to Cindy Lou Who? 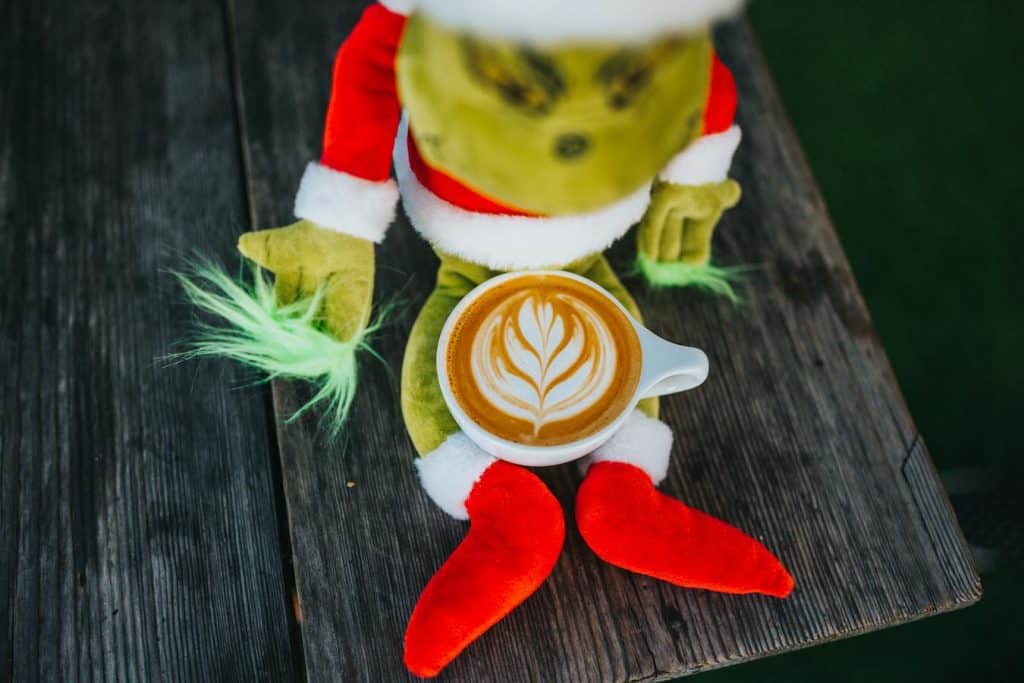 (And before you even think of saying no to Cindy Lou Who, just look at that cute button nose. Look at it!)

If you’re craving some dark comedy this season, check out Bad Santa with Billy Bob Thornton and Tony Cox in this holiday con. But that’s not to say that this holiday comedy doesn’t have its own heartfelt twist.

In fact, this is the perfect kind of way to lure a resident Grinch in your own life to watch some holiday movies with you. After all, the naughty themes of this Christmas movie’s premise will be one they simply can’t deny.

Tim Allen sure does seem to be in quite a few successful holiday movies. And this one, alongside Jamie Lee Curtis, is no exception!

Changing their plans from a Christmas-free cruise in the Caribbean to a full-out Christmas fest to celebrate their daughter’s homecoming, this movie really takes the cake for one of the best holiday movies out there. And the stress?

The stress these poor Kranks have to endure really does remind you that maybe the stress you’re feeling around Christmas isn’t actually that bad. (No, really.)

If you’ve ever been friend-zoned and want to make a good impression on your unrequited love around the holidays home, then this Ryan Reynolds Christmas flick is one you’ll be able to relate to. Tons of crazy antics fill this movie.

And with classic songs like All-4-One’s “I Swear” and Chris’s mom’s made-up song, “Be Yourself,” you’ll be referencing this movie for years to come. Years!

All we want for Christmas is to see Danny DeVito and Matthew Broderick battle out who can get the most amount of Christmas lights on their house so that they’re visible from space. And this movie delivered!

It’s got all of those crazy Christmas feels you’re looking for in a holiday comedy. And it does so with a stellar cast that also includes Kristen Chenoweth and Kristen Davis!

If you’ve ever wondered what Santa Claus’s brother is like, then you might as well let Vince Vaughn answer that question for you. This is one of those holiday movies that reminds you we all have a little naughty and nice inside each of us. 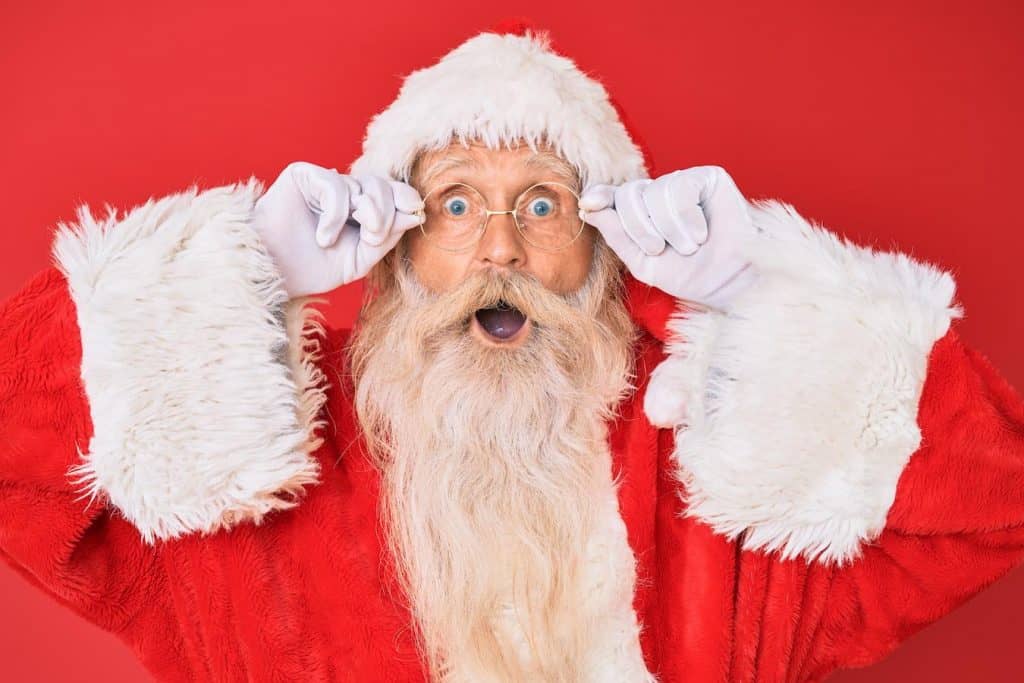 And it just depends on which side of ourselves we choose to act on. Wow, we’re tearing up already! (Yes, both from the heartfelt moments and when hilarity ensues.)

If you think of Christmas time as a love letter to New York City, then you’ll love this musical comedy. Taking holiday movies to a whole new level, this film almost acts like a musical revue.

And really – what’s better than a stellar cast that combines the work of Bill Murray, George Clooney, Miley Cyrus, Chris Rock, Paul Shaffer, and more? Oh, and did we mention that all those big name stars actually play themselves?

We like to think of the holidays as something that will never change. But this Joseph Gordon Levitt and Seth Rogen flick reminds just how daunting it can be when life changes and suddenly the holidays do too.

In an attempt to make it as memorable as possible before one of them becomes a first-time father, the friends travel around New York, looking for the biggest party they can find. And – well, we guess you’ll have to watch it to find out if they succeed!

There are a lot of Christmas movies out there that talk about saving Christmas. But this movie goes the other way around – how Christmas is going to save them.

No, literally, their business is closing and a Christmas party is going to help. And not to name names but Jason Bateman, Olivia Munn, and Jennifer Aniston all star in this crazy Christmas comedy. You know, no big deal.

It’s fair to say that while the holidays are a special time of year, they also come with their own killer stress. And there’s no movie that makes fun of that stress like this one.

With Kristen Bell, Mila Kunis, and Kathryn Hahn at the forefront, each of these moms are under-appreciated, overburdened, and completely burnt out on Christmas. But that doesn’t mean they won’t pull something together.

If you’re looking for a family-friendly Christmas-carol-singing kind of movie, this is the one for you. Not only is there a plot to kidnap Mr. Claus on none other than Christmas Eve. 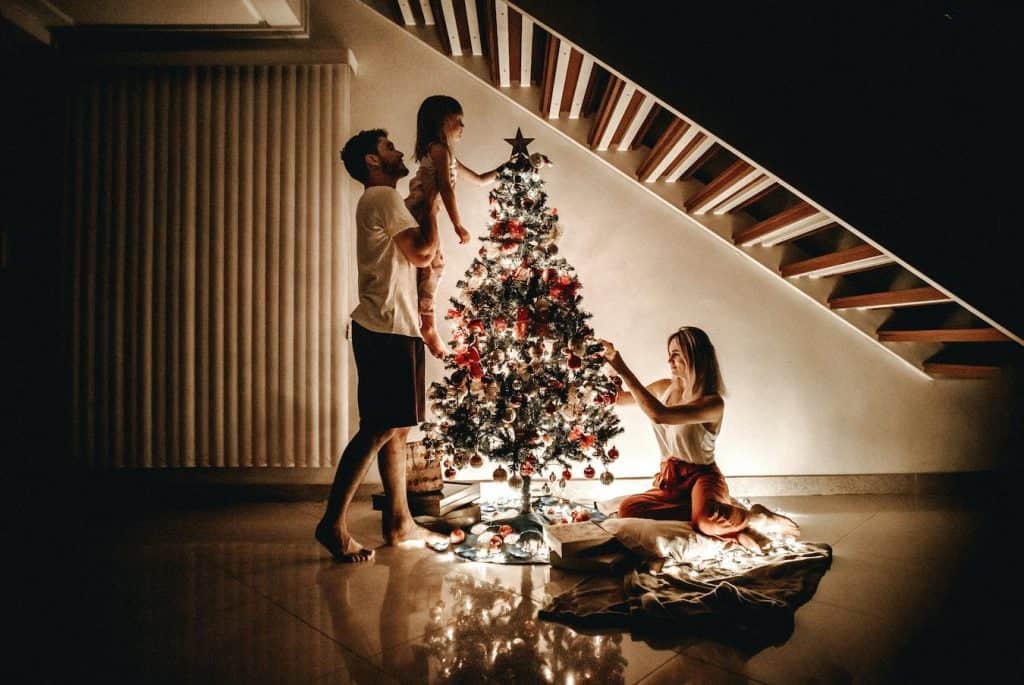 But there’s a whole army of elves ready to save the holiday before it’s all too late. And yes, “chronicles” does in fact imply that there’s a sequel and a rumored third movie as well!

At the beginning, we had you take a guess at which element would win in a Christmas battle: holiday cookies, building a snowman, drinking hot cocoa, and watching Christmas movies. Now, earlier we did say that the correct answer was D.

But we’re here to amend that original statement. Because the real answer is All of the Above.

(No we didn’t actually give that as an option so if you’re kicking yourself, don’t.) The reason we’ve changed this answer is because all of them put together is what makes up Christmas.

Okay, fine, and holiday cheer, family, yada yada yada. But going through all of these Christmas movies with you reminded us that Christmas is about everything.

The good, the bad, the naughty, the nice. And despite it all, Christmas is about comedy and laughing at other people’s misfortunes.

Just kidding. (But not really.) Christmas is about all of it. And we’re just happy to be celebrating alongside you with laughs and crazy antics galore.

Keep Reading: How Do I Hire Entertainment For My Company Holiday Party?

Adam Christing is a professional comedy magician, virtual MC, and the founder of Clean Comedians. He is a member of the world-famous Magic Castle in Hollywood and a popular corporate entertainer, magician, and virtual speaker.

27 Entertainment Ideas For Virtual Events
What Are The Different Types Of Corporate Events?
How To Become A Meeting Planner
What Is Corporate Entertainment?
How To Build Strong Relationships With Clients
How To Boost Employee Morale And Motivation
Ideas For Your Next Virtual Gala
Best Tips For Event Planners
Top Clean Comedians For Your Next Virtual Event
What Is A Gala Event?