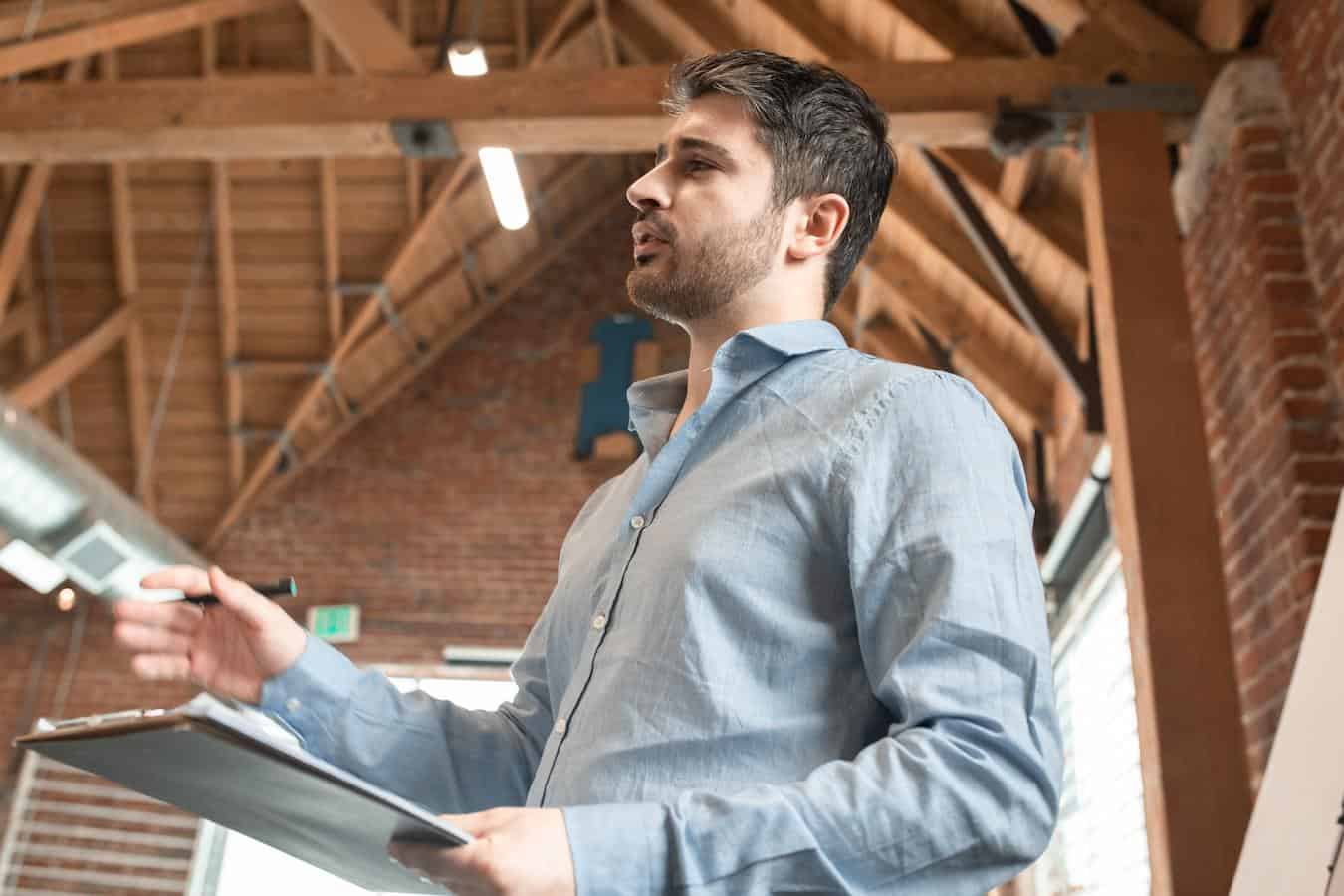 As corporate entertainers, we understand the importance of inspiring business leaders. After all, these aren’t just leaders in the business world.

They’re the future leadership of the world. With that being said, we’ve compiled the top keynote speakers and motivational speakers of 2022 below.

Because your corporate speakers shouldn’t just be subpar. They should be some of the best keynote speakers there are.

Adam Christing has amused, mystified, and delighted more than 3,000 separate audiences across North America. As far as corporate keynote speakers go, Christing has a unique talent for engaging an audience.

His background as a comedy and magician speaker make him ideally suited to dazzle at your next event. From his expertise in the entertainment industry to his ability to deliver a speech that will inspire and create change, Christing is the man you want for your organization.

Marcus Buckingham is a bestselling author and founder of the Strengths Revolution. His experience in the corporate world ranges from Senior Scientist at Gallup to leading expert on Talent and Employee Engagement.

Plus, as a motivational speaker and business consultant, he’s sure to make your next business meeting an inspiring one. Talk about a thought leader.

Greg Bennick is one of our top keynote speakers here at Clean Comedians. Because his presentation combines technology, magic, mind reading, juggling, and ideas that everyone on your team can relate to.

Bennick’s former attendees have noted just how in-depth he goes when getting to know your niche industry. So no matter what your conference subject material entails, he’s the perfect speaker for you and your company.

Marshall Goldsmith wears many hats. He’s an executive advisor, leadership coach, best selling author, and business speaker who knows how to motivate everyone to live their best lives. 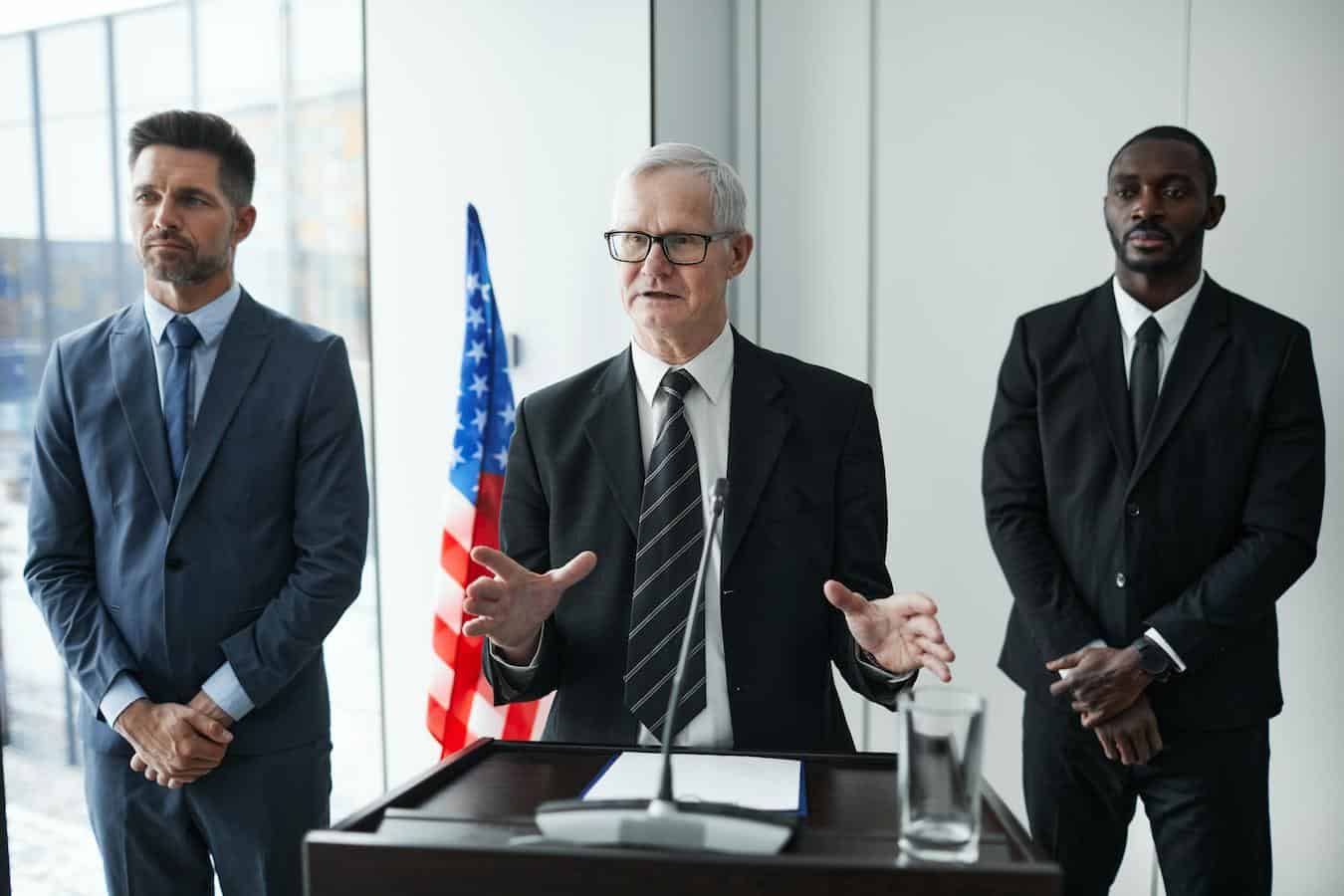 As an executive coach, he has been involved with a number of global brands, helping companies and organizations to find the strategy that best suits them. Plus, his insights are bound to be something as he’s written not just 1 bestselling book, but 32!

Jeff Civillico is yet another keynote speaker we are proud to include in our speakers bureau. He recently celebrated his 10-year run on the Las Vegas Strip as a Headliner with Caesars Entertainment.

So you know he’s not got experience not just speaking to a few people, but to audiences from around the world. Plus, as an entrepreneur, his national nonprofit Win-Win Entertainment that brings smiles to children in hospitals makes him the perfect keynote speaker to inspire innovation and educate throughout his speeches.

You may know Pat Riley as the President of the Miami HEAT and coach of the Los Angeles Lakers. But he’s managed to become one of the more successful business speakers in the industry, capitalizing on his own personal success.

As keynote speaker, he’s recognized worldwide for his accomplishments and can even offer his expertise on future trends in leadership. Plus, his career in team sports make him the perfect keynote speaker to address team building within your company.

Aaron O’Brien has always brought his A-game. As a popular keynote speaker and member of the world-famous Magic Castle in Hollywood, he has appeared on CBS Television and has given businesses like Sony, Insperity, Qualcomm, and the American Cancer Society ideas to innovate their company goals for success.

While he may be young, we’re confident that O’Brien will soon become one of the global gurus many companies turn to for strategy and leadership. Then again, we may be biased since he’s one of the best corporate entertainers we’ve had the chance to work with.

Barbara Corcoran has made a name for herself as a businesswoman, investor, keynote speaker, consultant, syndicated columnist, author, and television personality. As founder of the Corcoran Group, her business leadership is well-sought after within the CEO-world, making her one of the world’s most in-demand entrepreneurs. 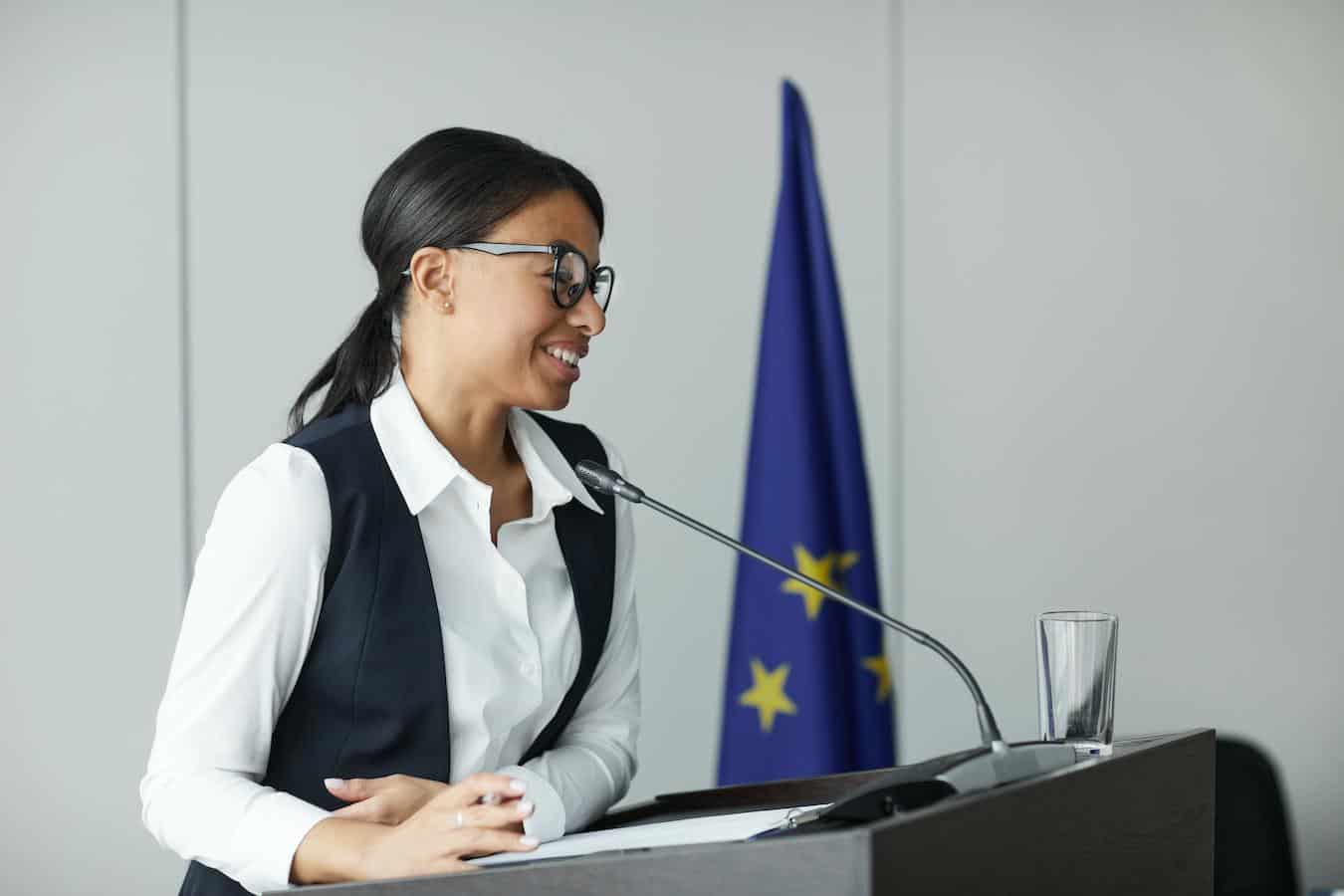 Beyond her obvious accomplishments in the business world, Corcoran also serves as an incredibly strong role model for women in business. There’s no question that we could do with more women in the entrepreneur world and Corcoran is a key example of the kind of growth organizations can expect when they invest in all members of their team.

Not all motivational speakers can make an audience laugh right off the bat. But that’s exactly what Jody Urquhart does with every presentation she’s asked to deliver.

The sales generated from her book All Work & No Say are impressive on their own. But add that to her life philosophy that work can be both rewarding and fun and you’ve got a powerful speaker ready to make your event the next best thing since sliced bread!

Who doesn’t know of NBA Legend Earvin Magic Johnson? As founder and CEO of Magic Johnson Enterprises, as well as founder of the Magic Johnson Foundation, Johnson is among the more impressive business speakers you’ll want to snatch up. 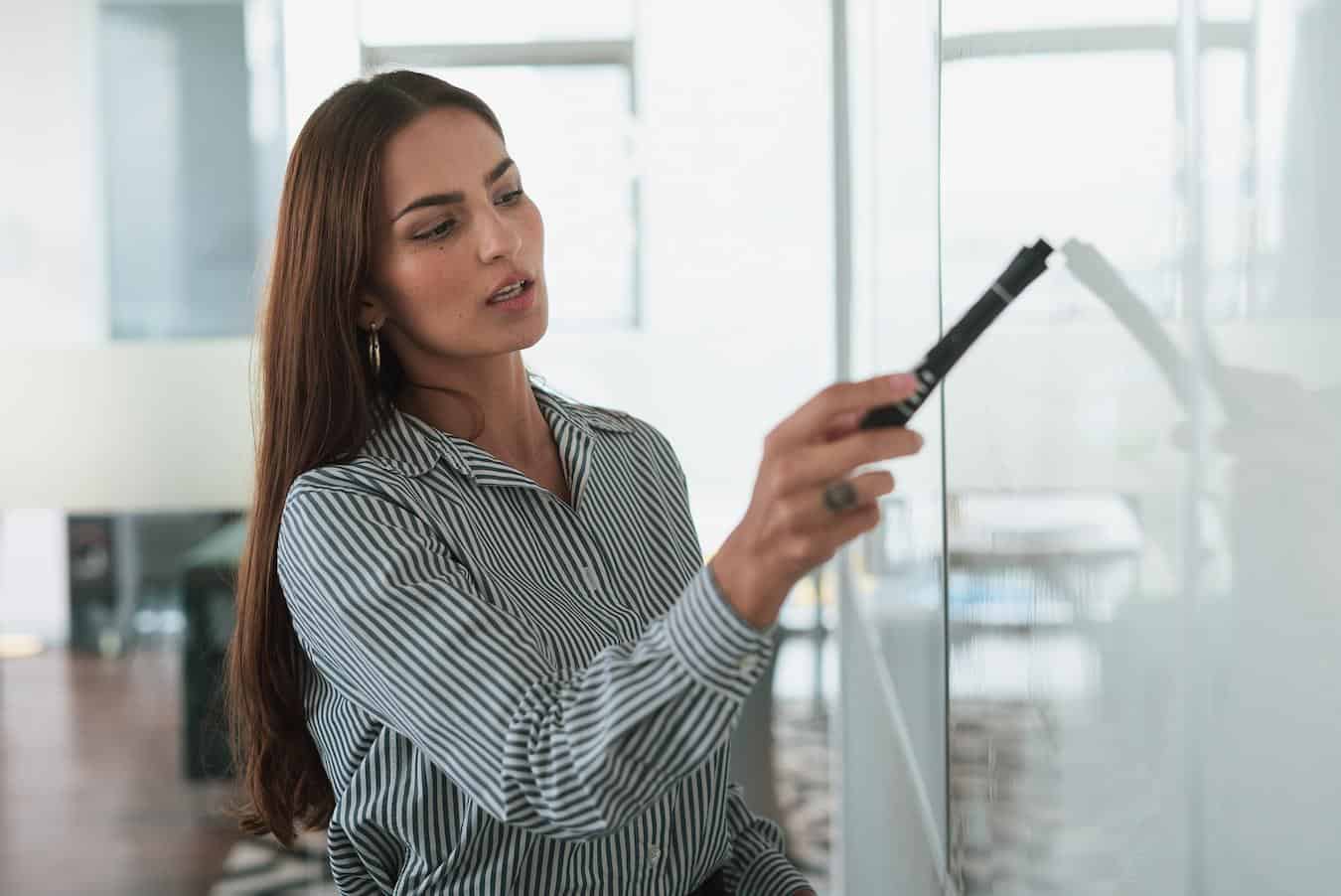 Not only does he have a grasp of the world’s latest trends, but his ability to connect with an audience makes his business savvy all the more – savvy! Plus, his life experience is also what makes him one of the top motivational speakers you can find at any speakers bureau today.

If you’re looking for keynote speakers with a little bit of a twist, then you’ll definitely want to check out The Passing Zone. Besides keynote speaking, this dynamic duo are world-class jugglers who have performed for Johnny Carson on The Tonight Show, The Today Show, America’s Got Talent, and even for Prince Charles!

If you want to create a fun environment at your conference, then you’ve got to go with this duo. Not only will they make your event an absolute smash, but they’ll leave audiences doubled over in laughter too.

Mariangela “M” Abeo is a mental health advocate and creator of the Faces of Fortitude Movement. Their journey began in 2017 with a portrait series of those who had been touched by suicide in some way, reflecting Abeo’s experience in losing their only brother to suicide at age 26.

As far as motivational speakers go, Abeo is a surefire way to inspire your event leaders to take the next step towards providing mental health services in the workplace. Not only can this type of innovation create a chain reaction towards a more empathetic workplace, but it can also inspire new technology to be incorporated into the business and marketing world while addressing basic human rights and needs.

Yassmin Abdel-Magied is a top diversity keynote speaker and award-winning social advocate focused on the intersections of race, gender, and faith. Speaking to governments, civil society, and marketing companies alike, her work actively dismantles bias in the workplace while inspiring inclusive leadership in all areas.

Having been named as one of the 2020 LinkedIn Changemakers, Abdel-Magied has become a globally sought-after advisor and keynote speaker on all things social justice. She’s sure to be a hit at your conference or event while also offering your company a substantive action plan for realized change.

Don Miller is the CEO of StoryBrand, a company that helps more than 3,000 business leaders clarify their brand message every year. As far as business speakers go, Miller has a way of speaking to all audiences, tapping into their innate sense of self not only as an organization but as people too. 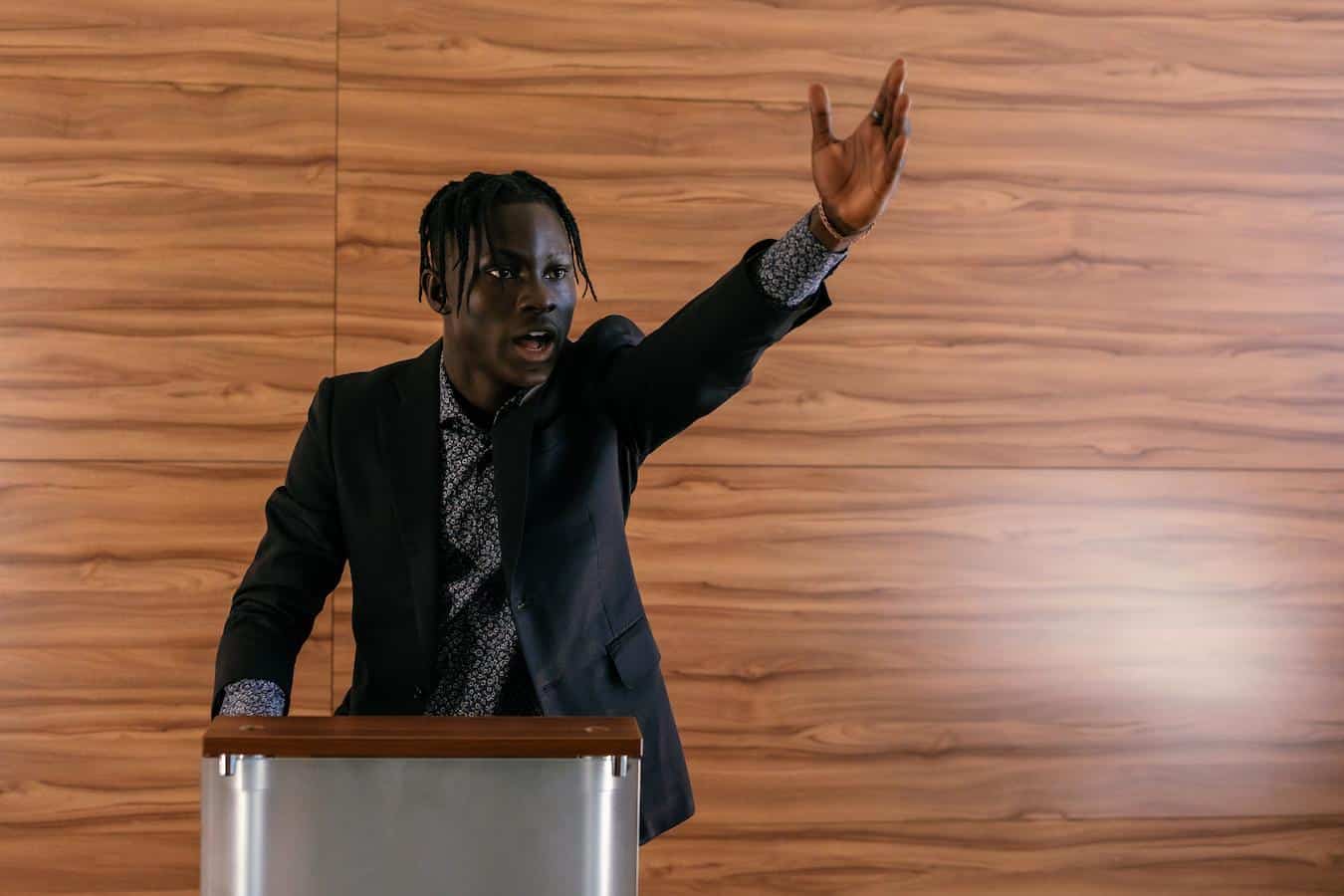 Interestingly enough, Miller also co-wrote the major motion picture Blue Like Jazz which was listed as one of the top four movies to get you through freshman year by USA Today. Suffice it to say that his speaking engagements aren’t the only talented thing about him.

You know Dwayne “The Rock” Johnson from any number of films, athletic competitions, maybe even from his best-selling book, The Rock Says…. But did you know that he’s also been speaking to audiences, inspiring them at event after event?

His life experience is at the core of his speaking engagements as he details financial and family problems growing up as no obstacle to him achieving his dreams. While he may not necessarily come directly from the world of sales, he’s certainly managed to garner a lot of them.

Nigerian American author, speaker, and digital strategist Luuvie Ajayi is yet another speaker you’ll be fighting other events for the chance to book. Her work thrives at the intersection of humor, technology, and justice, making for the perfect combination at your next event.

She’s a highly sought-after speaker at any speakers bureau so you’ll definitely want to try to track her down in advance. But with her best-seller of a book I’m Judging You: The Do-Better Manual, you won’t regret getting the chance to grace your event with her presence as a speaker.

Malala Yousafzai made history as the youngest person ever awarded the Nobel Peace Prize when he was attacked at age 15 by the Taliban for speaking out against the extremists’ ban on girls’ education. Since then, she has spawned an international movement focused on educating women and girls.

As a speaker, there’s no one quite as inspiring as her life experience is unmatched. Having been honored internationally, she’s one of those speakers you’ll never forget having witnessed.

As you can see, there are plenty of world speakers that every speakers bureau is keen to get after. So when you’re planning your event and looking for the top-notch speakers in the world, consider these fantastic names in the field.

Our magician speakers, corporate speakers, and corporate entertainers are sure to be a smash at your next event. So go ahead and browse through the various speakers we have in our unique roster of talent!