12 Ways Comedy Can Build Camaraderie Amongst Your Audience 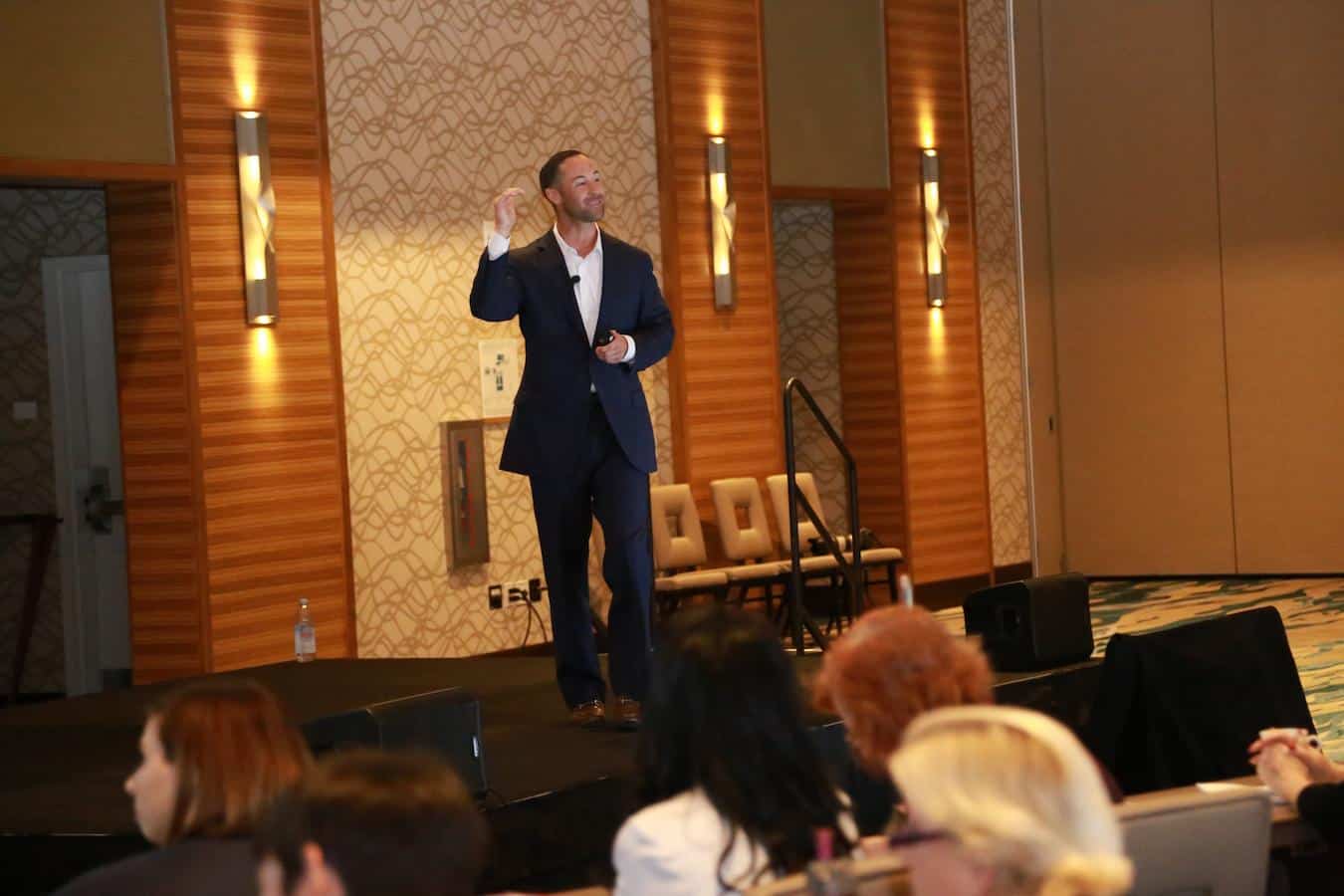 No one can read a room like a stand up comedian. Especially when that room is full of strangers.

That’s because comedians know that funny material has the ability to bond strangers like nothing else. You may think a comedy club routine isn’t as powerful as we’re making it out to be.

But allow us to sway your opinion of this unique art form. Below are some of the top ways that comedy can actually build camaraderie amongst your audience – ready to be entertained?

See Related: 7 Strategies For Booking The Best Speaker For Your Event

#1. Comedy audiences are made up of different demographics of people

You may have any number of guests show up to your corporate events. Investors, clients, potential stakeholders, etc.

And they’re all coming from different backgrounds, perspectives, and more. But putting them all in a room and sharing some laughs with comics on stage will automatically give them something in common.

When you hire a comedian or performer from Clean Comedians, you’re not going to get an act that’s drenched in politics. Instead, our comics know how to foster connection with jokes that speak to all people from all walks of life.

#2. Comedy and live entertainment give them a shared experience

Giving an audience member something to focus on and watch – whether that be comedians on a stage or a magician speaker – actually bonds them. Because after the fact, they’ll still be talking about the performance with other guests. 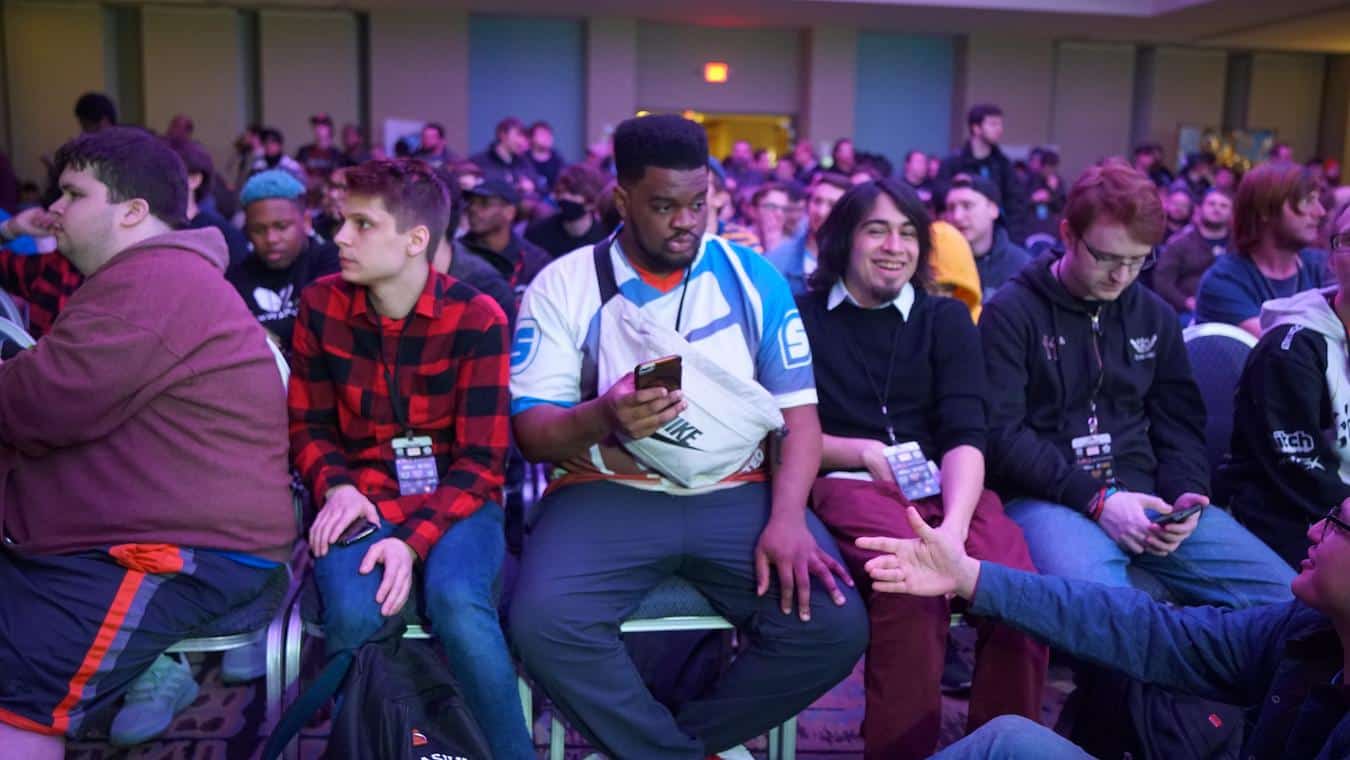 These acts are supposed to leave an impression. And that impression can easily turn into a fun night or even a lifelong friendship.

At Clean Comedians, our job is to bring the audience together. And that’s exactly what our comedians do.

Without going into politics, religion, prejudice, or profanity, we make the night all about laughs. Because that’s how you get a crowd to open up when they feel respected and safe.

#4. Stand up comedy calls back to storytelling

From the very beginning of time, we as a species have always engaged in storytelling. And what is the comedy club experience if not storytelling stage time?

Recalling this primal act and experience is a powerful way to bond an audience. Because it’s not just about public speaking – it’s about weaving a tale together with a beginning, middle, and end.

#5. Laughing together bonds a crowd

When you laugh, you’re obviously breathing in and out. But have you ever thought about how sharing a laugh with someone means you’re engaging in shared breath?

That kind of connection is a significant one. Because a comedian is weaving together a physical connection with the audience, not just a mental one.

Whether it’s performing a bit or sharing knowledge, comics know how to turn one night of your life into a diving board for greater connection. Even if it’s just with one other person in the room.

Most comedians will stick to subject matter that every audience understands. And this is crucial for making sure that comedy is accessible. 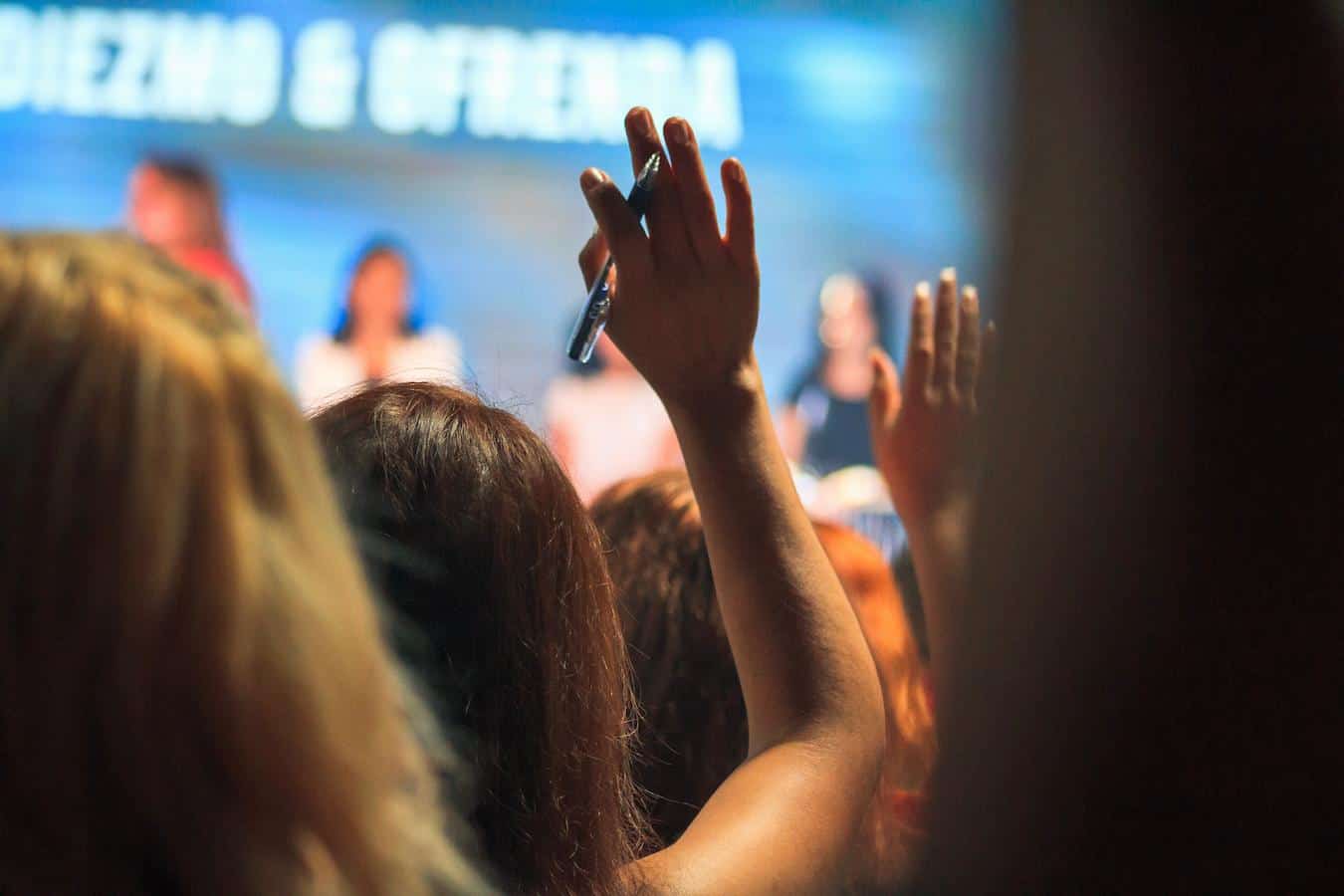 There’s no point in telling a joke that only one person in the room will get. That’s why every comedian in our lineup knows how to take a universal idea and distill it into a funny joke that everyone can enjoy.

There’s no question that representation in the media is important. And the same thing goes for jokes at the comedy club too.

The audience will want to see someone performing material that speaks to them. Even if it is about the harrowing adventures of day-to-day life.

Universal content can remind an audience that we’re really not all that different from one another. And that message can carry through into the latter parts of your corporate events.

#8. Comedy can actually teach an audience how to listen

Sure, a comedian gets paid to talk and talk on stage. But did you ever think about how they’re actually training the audience to listen?

Especially in corporate settings, listening is a crucial skill set. And when an audience is listening to hear a joke, they’re giving the paid performer their undivided attention.

That kind of active listening will inevitably find its way into your next board room meeting. So yes, the comedy club is a good time and an educational time too.

#9. Performers who research their audiences know what jokes will land

Our corporate entertainers do more research than any other comedy club comedians. Because we understand that your audience is a unique one. 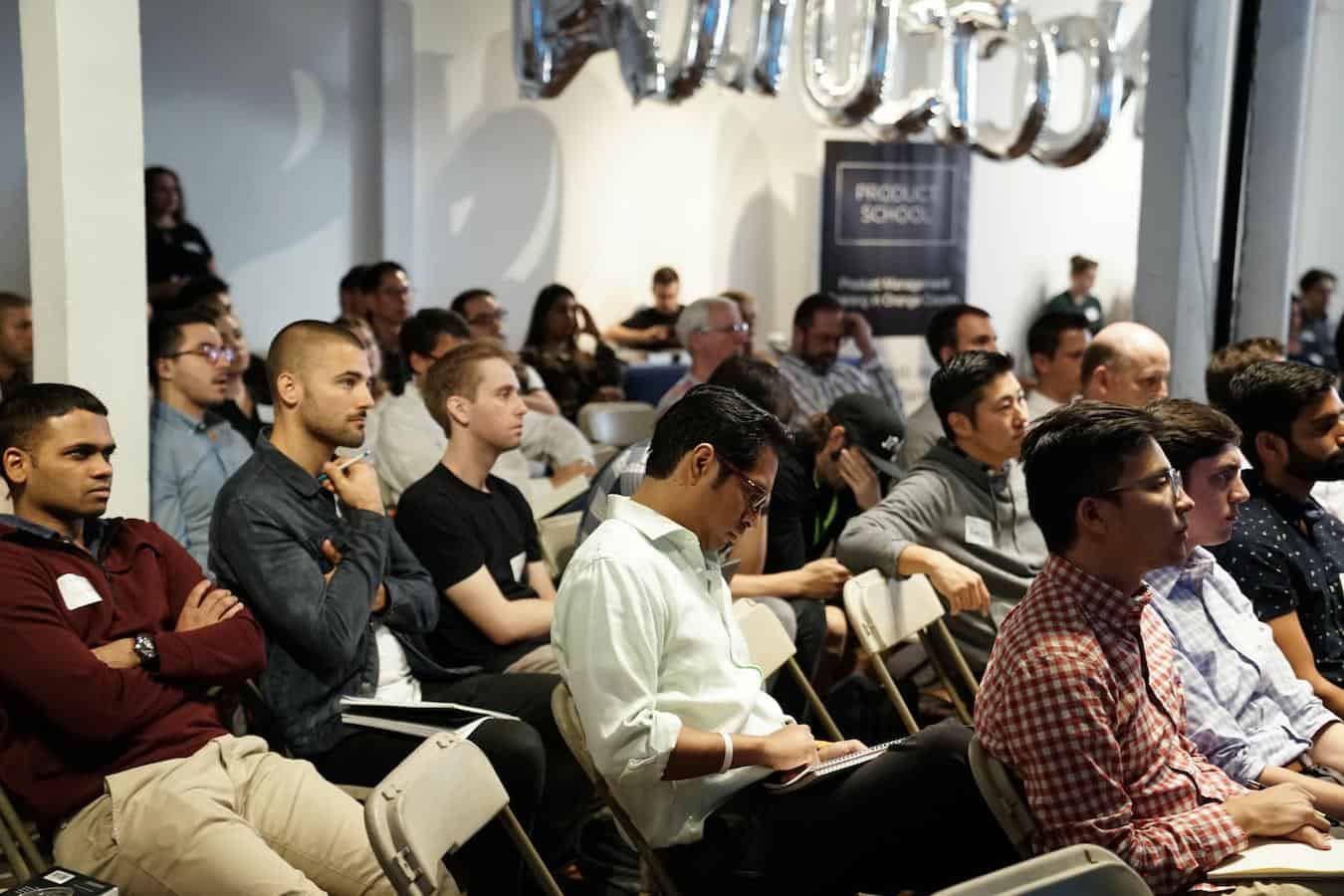 Doing this preliminary prep work helps us to shape jokes that will speak specifically to your group. You’ll find that this kind of treatment really does a number for bonding with an audience.

Because they know that the material is specifically suited for them. Doesn’t everyone like to be catered to once in a while?

Bonus: Funny Quotes And Ideas To Motivate The Office

#10. Shared laughter gives guests something to talk about

You may have matching t-shirts for everyone at your corporate retreat. But is that really enough to bond them?

Rather than making them all look alike, make them all think alike. With comedy!

Getting everyone on the same page at the start of a corporate retreat can feel a little daunting. But with a stellar comedian or magician, you get everyone in the same mindset of play – ready to engage with the work ahead.

#11. Comics remind the audience to lead with a sense of humor

Too often in the workplace, people tend to lose their creativity. But humor and comedy sets remind us to keep that sense of play at the very forefront of our minds.

In this way, having your office engage with a corporate entertainer can positively influence the work they put out. Because they’re approaching the obstacle with a sense of play, whimsy, and creativity.

You may find some creative solutions are just lurking behind a mental block. Allow our comedians to help break that box down for you.

#12. Funny material might even shift the attitude of the room

When people walk into a room, they’re walking in with their own baggage. Maybe they had a particularly rough night last night. 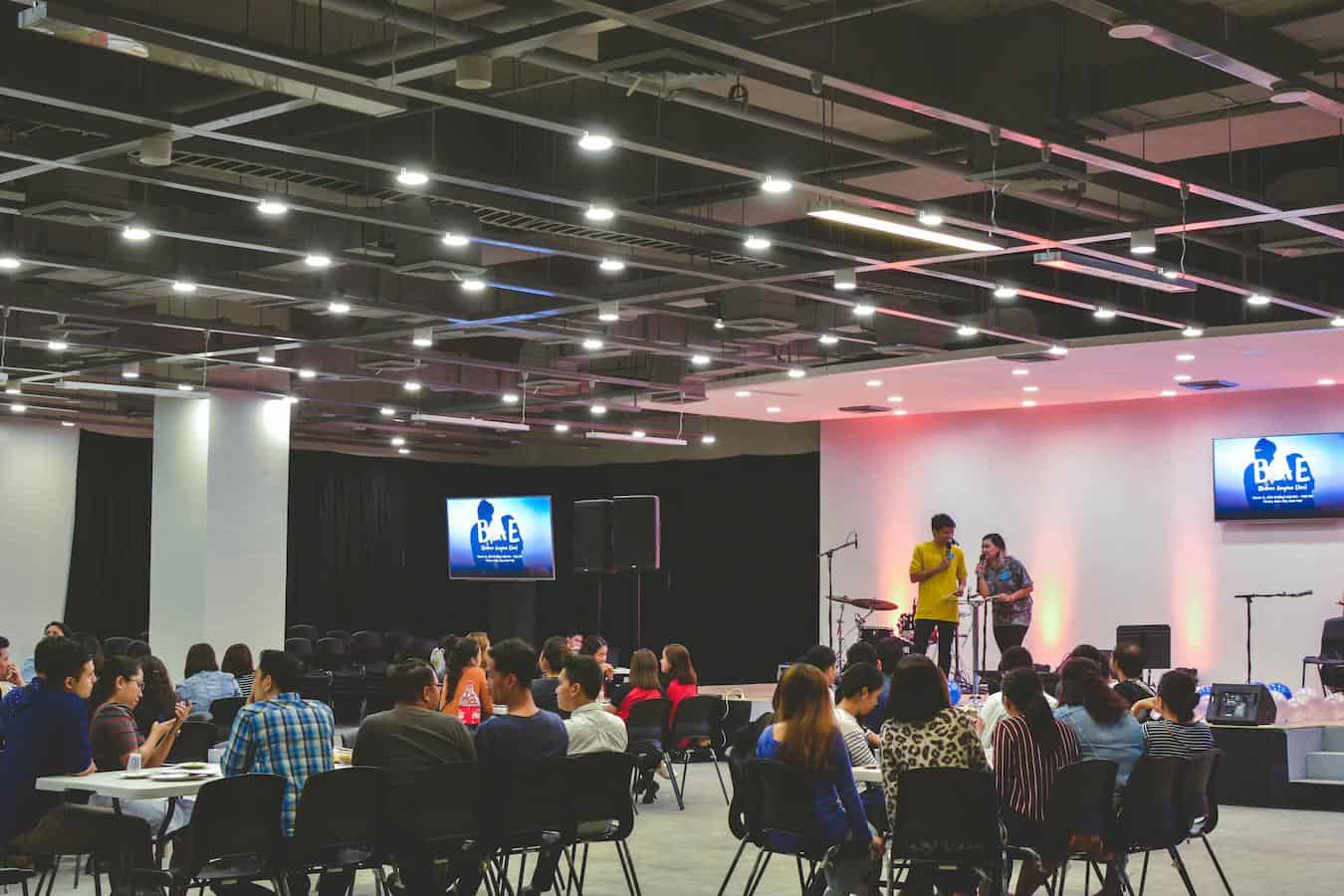 Or maybe they’re feeling just a little blue this morning. Either way, comedy can set them on the same path.

Gearing everyone towards the same goals is the first step in making for a cohesive working unit. So in this case, comedy isn’t so much about entertainment as it is engagement.

Hiring out a corporate entertainer may not be the first thing on your list for a corporate retreat. But we hope we’ve managed to shed some light on the various benefits it can provide your staff.

And if it’s a corporate event you have in mind, then comedy is a no-brainer. The quickest way to bond folks together is to get them laughing.

So remember that the next time you’re stuck, looking for inspiration on how to motivate the office. They are plenty of ways to get them engaged.

But comedy has to be the best option out there. (Not that we’re biased or anything.)