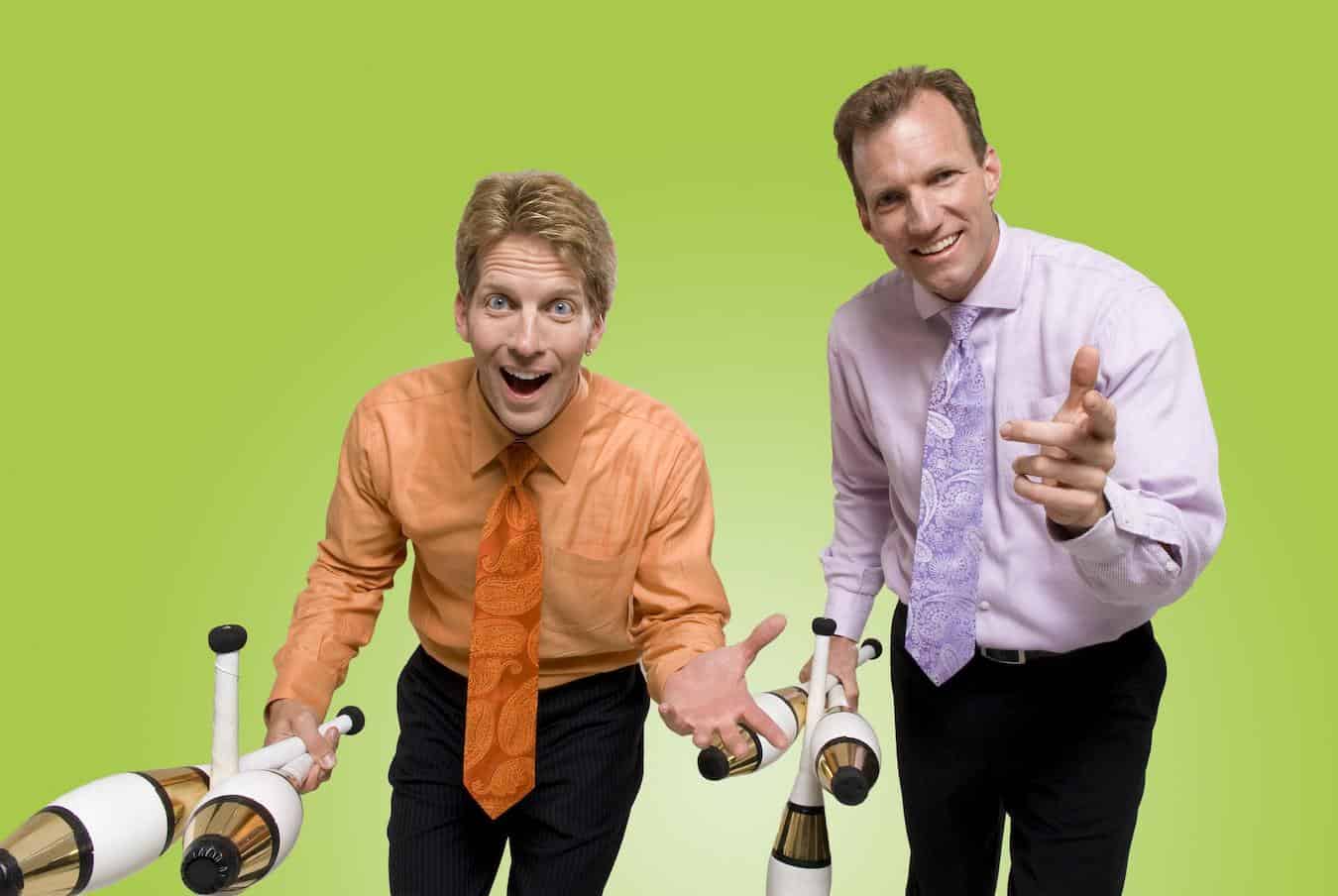 The corporate entertainment artists we house here at Clean Comedians come from a rich line of performers. In fact, many artists today can easily trace their performing lineage back to those under the big circus tent.

To pay homage to these world-class entertainers, we thought we’d shine a special light on the best jugglers throughout history. After all, if you’re inviting our corporate entertainers into your office, you probably want to know the rich history they come from anyway.

The history of performing is vast and varied. Each entertainer for hire below made their mark as some of the best jugglers to go down in juggling history.

We couldn’t start this list without showcasing Rastelli at the top. A world-class juggler, this Italian performer was born into a circus family and received rigorous training from an early age.

In fact, it’s reported that he practiced juggling anywhere from 6 to 12 hours a day! Many of his contemporaries performed in what is referred to as the “gentleman juggler” style.

Gentleman jugglers often used objects such as hats, canes, and bottles in their performing acts. But Rastelli went against the grain, preferring to juggle objects more suitable for throwing and catching.

In his act, Rastelli would toss balls, plates, and wooden sticks. While these objects were considered easier to catch, Rastelli furthered his gift unlike any other jugglers of the day.

Eventually, Rastelli grew his signature act, juggling 10 balls, 8 sticks, and 8 plates – sometimes with one balanced on his head or even while jumping through a hoop! It’s no wonder many consider Rastelli the greatest juggler who ever lived.

Such objects that Rastelli popularized in the world of juggling are still used today. Although modern-day jugglers tend to prefer rings over plates and clubs over sticks. (Hey – you try juggling a plate in mid-air!)

In the early days of juggling, it was uncommon for women to partake in such tricks. But that didn’t stop Selma Braatz from making her mark on the juggling world.

Like Rastelli, Braatz was born into a family of performers, starting her training early. You may even have heard of her aunts Welda Braatz and Clara Braatz.

Aside from her aunt’s instruction, Selma also trained under the popular German juggler Salerno. Over the course of her career between 1902 to 1937, she shared her juggling with audiences over five continents.

With tennis balls, a racket, a top hat, gloves, an umbrella, color-changing torches, and more, her act was certainly entertaining to watch. Plus, she managed to balance a billiard ball on a cue stick on top of her forehead while juggling three balls in her hands. Talk about talent!

Jenny Jaeger was – you guessed it – born into a circus family, devoting her life to the art of juggling. (Are you sensing a theme here?)

By age 5, she debuted in her father’s circus routine, entertaining audiences with her juggling abilities and agile skillset. By age 15, Jaeger made a name for herself as the “Ten-Ball Woman,” where she successfully juggled 10 balls – a first in the world of juggling!

She kept this particular trick in her routine for 4 years until her father finally forbade her from continuing on. It simply took too much time to practice.

To this day, she remains the only juggler able to juggle 10 objects daily in a juggling routine. Even Rastelli only managed to accomplish this feat once.

A German juggler, Francis Brunn was the first person to ever juggle 10 rings at a time. And aside from that impressive feat, he was also one of the fastest jugglers the world had ever seen!

His signature move included throwing up his last stick and jumping to catch it. Needless to say, performing came naturally to him. 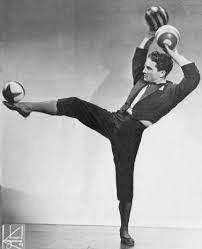 Another thing that set this juggler aside from his peers was his head-butting technique. During his routine, the entertainer would unexpectedly jump up, hitting the ball with his head.

Such spontaneity earned him a point in the cheeky entertainment department as audiences never quite knew what he would get up to next.

Kathi Gultini was yet another female juggler who made a name for herself in the early 1900s. Beginning her career in 1908, Kathi became the first juggler to bounce 8 balls off a drum!

But that’s not even the most amazing trick she contributed to the juggling world of entertainment. Her most impressive feat was juggling four couch cushions while balancing the couch on her forehead.

Yes, you read that right. And you bet plenty of folks paid good money to watch such a feat be accomplished before their very eyes.

Bonus: 7 Trust-Building Benefits That Corporate Magic Can Offer Your Workplace

Great Jugglers To Invite To Your Next Corporate Event

Now, you know the amazing performing skills that graced the stage in the early 20th century. But get ready to truly have your socks blown off by these amazing jugglers who kept the rich tradition alive and gave the art form new life.

At Clean Comedians, we’re proud to have The Passing Zone on our long list of corporate entertainers. Performers Owen Morse and Jon Wee are some of the most in-demand jugglers in the world today.

Together, Owen and Jon hold various world records – 5 Guinness World Records to be exact. And they’ve won more gold medals from the International Jugglers Association than any other juggling duo in history.

But besides the amazing tricks they perform on the stage, their routine is also dangerously funny. They even made Prince Charles laugh at The Royal Command Performance in London.

Watching The Passing Zone perform is like watching the very best of entertainment. Pairing clean comedy with dazzling juggling tricks, this juggling duo will get anyone interested in learning how to juggle.

Anthony Gatto is considered one of the biggest modern-day jugglers. At just the age of 9, he managed to become a world-class juggler, eventually holding 10 juggling world records. 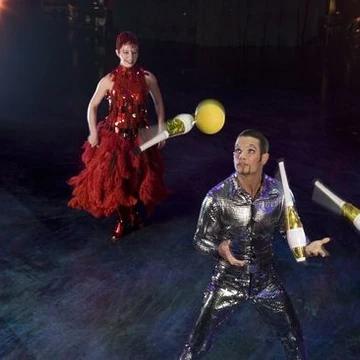 One of those records includes juggling 7 rings for a whole 15 minutes and 5 seconds in 2011. Talk about focus and determination!

Gatto is also the only professional juggler to have ever won the Golden Crown Award at the International Circus Festival of Monte Carlo. Needless to say, Gatto has proved just how amazing juggling can be – both as a sport as well as a performance tool.

And just to drive it home, below are all of his global records listed out:

Gandini was a regular performer in Covent Garden during the 1980s. And during that era, he also toured the world with various circus theatre groups.

In 1992, the performer founded the Gandini Juggling Project, a London-based contemporary circus, in collaboration with Kati Ylä-Hokkala. Throughout his illustrious career, Gandini has performed over 2,500 shows.

As a regular teacher at many of the world’s leading circus schools, he’s making sure that jugglers continue to drive the art form forward. So even if you can’t book him for your next corporate event, you may get to book some of his students!

You might recognize Viktor Kee from his performances with none other than Cirque du Soleil. Like many jugglers before him, he began training at an early age – age 6 to be exact.

Then, at 11 years old, Kee began to perform in a traditional Russian style of juggling. Two years later, he developed a unique stage routine that combined ball juggling with breakdancing, proving that jugglers can still add tricks to the routine the audience would never expect. 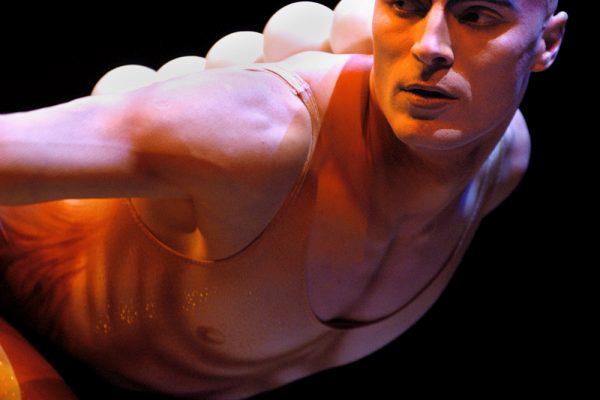 Furthering his education at the Professional Circus School in Kyiv, it’s reported that Kee practiced juggling, acrobats, acting, equilibristics, and dance for 10-14 hours a day! Once he solidified his unique brand that combined juggling contortion, acrobatics, and dance, Kee joined Cirque du Soleil in 1999.

Michael Davis received national attention in the United States during the early 1980s. He was so popular that he even performed on Saturday Night Live six times.

And he’s the only professional juggler to have performed on the show! But you may recognize Davis’s routine from an entirely different setting altogether.

In 1985, Davis was asked to perform at the inaugural ball following the Second Inauguration of Ronald Reagan. Such visibility led him to take on opportunities on BBC’s Bob Monkhouse Show, Smothers Brothers Comedy Hour, Tonight Show with Johnny Carson, and Late Night with David Letterman.

In fact, on Letterman, he famously quipped back, “I started out with nothing. I still have most of it.” Talk about a force!

At Clean Comedians, we like to give thanks to the amazing performers that came before us. With every corporate event we host, we keep these acts in mind, informing our next routine to make your evening a memorable one.

So let’s give it up for these comedy jugglers throughout history! And save some claps for the future generation of jugglers to come.

Keep Reading: 9 Ways To Inspire Workplace Innovation (And How Corporate Events Can Help)